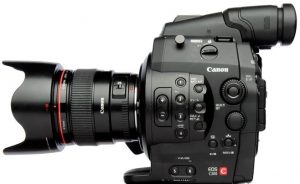 Ever since the somewhat accidental success of the Canon 5dMKII in the film making industry we’ve been waiting for Canon to incorporate their large sensor video capabilities into a camera that was designed from the ground up with this purpose in mind.  Many video capable DSLRs have come and gone since the 5dMKII launch but almost without exception they still had the same drawbacks of it’s predecessor when it came to more professional production.  Highly compressed footage, no XLR inputs for pro audio gear and no HD-SDI for pro monitoring gear.  In the mean time Canon’s competitors have released cameras like the Sony FS-100 and the Sony F3 and RED continue to have great success with their new EPIC camera.  Following the recent announcement that Panavision have stopped manufacturing their film cameras we can now truly say that the age of digital cinema is here.  A fitting time then for Canon to finally unveil what they have surely been working on since Vincent Laforet first showed the world Reverie, shot with the 5dMKII.  What is the target market going to be for this camera ?  What price will it be and does it spell the end to movie making with DSLRs ?  Read on to find out…. 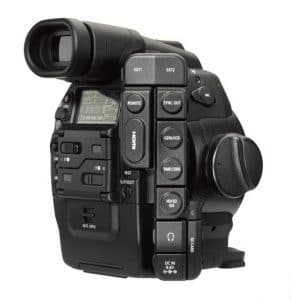 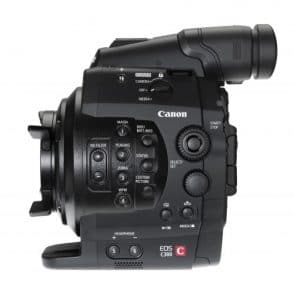 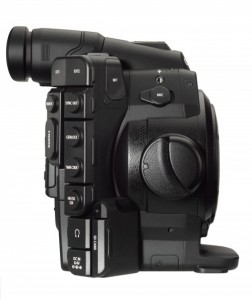 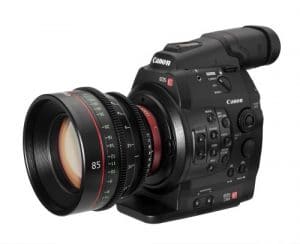 Vincent Laforet had the opportunity to shoot a short film with the camera prior to it’s launch.  He has just posted the video on Vimeo. 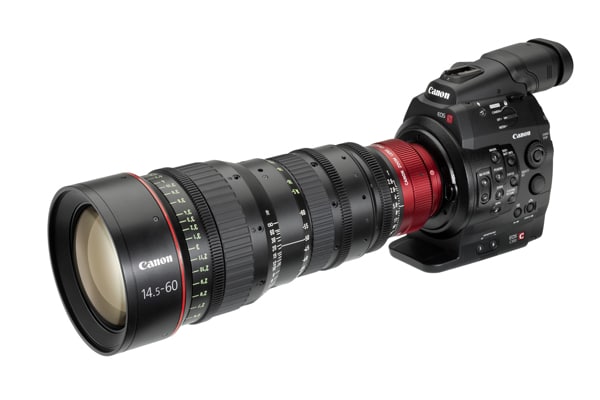 The PL versions of these two zooms were actually shown at NAB back in April.

The C300 is a physically small camera so previous users of the DSLRs are going to love that.  It’s size was always a key element in making DPs and directors shoot with things like the 5dMKII and it looks like they have listened to that and gone to a lot of trouble to keep it a tight package. This is not a camera designed for consumer usage at all with absolutely no automatic exposure or auto focus controls.

The absolute overwhelming response from those watching the previews at the launch so far has been the incredible performance in low light situations.  It seems as though Canon has really concentrated on this being it’s flagship feature and is being mentioned over and over again.

New kit from Zacuto ready for the EOS C300 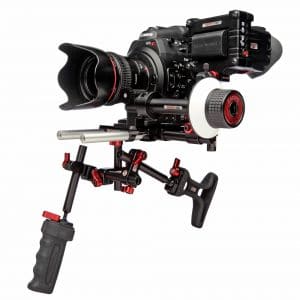 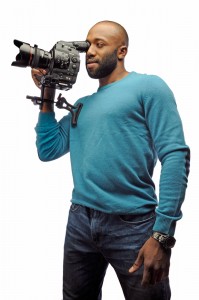 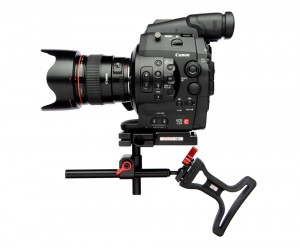 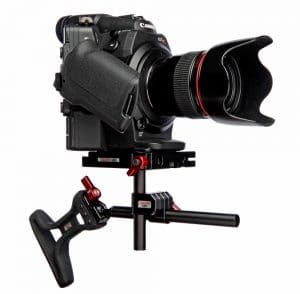 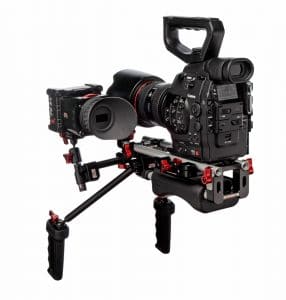 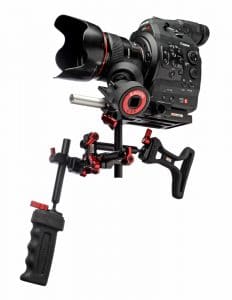 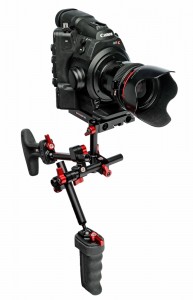 The Cinema EOS System targets a new area of imaging expression for Canon, building on the company’s 74-year history of innovation and expertise in the field of optical and imaging technology. The company has already earned accolades in the entertainment industry for the EOS 5D Mark II digital single-lens reflex (SLR) camera, launched in November 2008, which has been used in the production of blockbuster Hollywood motion pictures and hit television programs.

Canon’s new Cinema EOS System, which offers compatibility with Canon’s wide array of high-performance EF lenses, provides cinematographers with a range of unprecedented creative possibilities to ensure that no story is left untold.

“As a leading company in digital imaging, Canon’s debut in the film and TV production industry provides a tremendous opportunity to enter into a thriving market,” said Fujio Mitarai, Chairman and CEO, Canon Inc. “Reflecting upon the achievements that Canon EOS Digital SLRs have had in the industry thus far, we are confident the new Cinema EOS series products will bring that success to a whole new level.”

Equipped with a 35 mm full-frame CMOS sensor and supporting the recording of 4K video* (at a frame rate of 24P, with Motion-JPEG compression), the next-generation digital SLR camera currently under development will enable exceptional image quality for the creation of innovative and expressive images. Additional details, including the product name, specifications and scheduled launch date, have yet to be decided. (See accompanying digital SLR camera press release.)

* Cropped to APS-H-equivalent size (dimensions measuring approximately 80% vertically and horizontally of a 35 mm full-frame sensor) when recording in 4K.