Some Predictions For The Photography Industry in 2011

Last week I went through 10 new years resolutions for 2011 and today I want to put down some predictions for how 2011 will shape up.  I haven’t done this before, but if nothing else it’ll be fun to look back on in a years time!  None of this stuff is based on any secret inside sources that I have , just pure conjecture based on readily available information and my knowledge of the industry.

Nikon will certainly release a mirroless interchangeable lens camera sometime in Q2 or Q3 this year.  We have seen many patents filed for such a system by Nikon (see image below) and DSLR Magazine has just published a speculative article about it themselves. Print magazines tend to stay clear of conjecture unless it is from a VERY good source and these guys have a good track record.  Interestingly they claim that the Nikon EVIL camera will be “more professional” than other current EVIL cameras.  I hope this turns out to be true because so far I have not been tempted to buy any of the m 4/3 cameras or other such EVIL options. 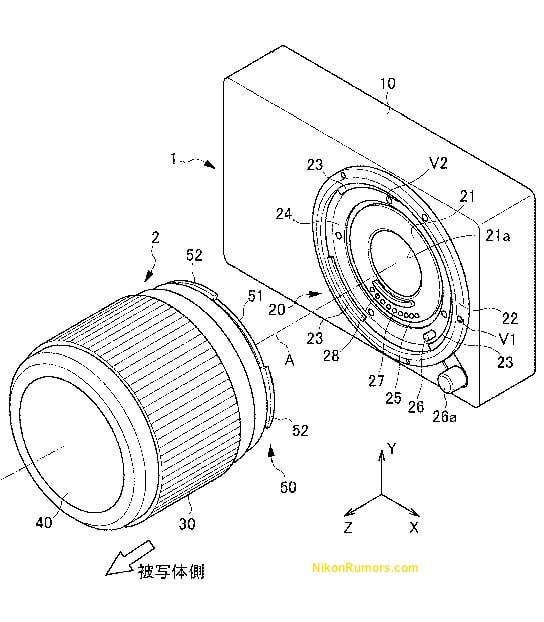 Video – This year Canon will finally produce a camera that we know they must have been working on, a large sensor video camera with DSLR style sensor.  The question is where they will slot it into the market.  Panasonic have the AF100 which is getting good reviews right now but I’m still hearing some pros saying they are holding off until they have seen Canon’s hand in the game.  The AF100 is a $5000 camera and likely will be something Canon wants to go head to head with at some point.  I see a $5000 price point as a middle ground in the video market though and it misses out a lot of potential customers so we may see a new line of cameras that hits 3 different spots, consumer, prosumer and pro.  I think if this happens we will see 2 of the 3 cameras come out this year.  Either both at NAB , or maybe just one at that time.  I think Canon will be interested in going up against the SONY PMW-F3 in the pro market which has a digital super 35mm sensor and hits a price around the $10k mark.  The RED Epic-S will also come in at $12k  so given Canon’s increased following in the cinema and high end production industry I think it makes sense for them to have a foray into that area too.  If they do, expect them to take their time over it to get it right.  We won’t see this one in 2011.

As for specs on these things… well they will be video oriented and NOT hybrid cameras.  I think the whole “convergence” thing was a flash in the pan and we are all over it.  So these cameras will have smaller 2K sensors just like the Panasonic AF100. There is no point in degrading the high ISO quality by jamming a ton of unnecessary pixels on a video sensor and forcing the camera to use line skipping for the video which makes a mess of all sorts of things.  Panasonic have got it right with their current 2k video sensor.  I doubt we will see RAW video on the lower cameras, only on the top of the line camera.  I’d expect most of the features of the middle range camera to be similar to the XF305 except of course the fact that is has the much larger sensor in it and interchangeable lenses.  On the low end of things there are still a ton of people buying regular small chip video cameras.  Canon have been pushing HD video quality in many TV adverts for the T2i for the lower end of the market. Would be great to see an improvement in this area but I’m not so sure about this one. They’d have to do it with a built in lens as people who buy low end video cameras have no want for a collection of lenses. Not sure about price point on that one, it probably couldn’t be much more than a 60d, but with a fixed lens that could be a tricky price point to hit.

Photo – I don’t think we will see the 1dsMKIV this year.  I believe that the sales of the 1dsMKIII were so poor compared to the 5dMKII, that it has caused Canon to have a major re-think on that camera.  I think we will see a Canon 5dMKIII at PMA in September, or sometime after that but before Christmas.  When it comes, I think the 1dsMKIV will have a CCD sensor like a medium format camera and will be in the 40MP range but won’t actually be a bigger sensor than current full frame as that would need new line of lenses.  It probably won’t be called the 1ds either.  I think Canon will amalgamate the 1d lineup in 2012 and create a full frame 1dMKV and think of a new name for the larger sensor camera.  There is a small chance that Canon will introduce a mirrorless camera at PMA but I think it’s more likely to come at CES in 2012 as there has been very little to indicate such a system is near completion as there has been with Nikon.  The fabled 3d camera will still not come to light but we might see a 7dMKII at PMA which will only be an incremental upgrade as the 7d is still selling like hot cakes.  I have already speculated on the 5dMKIII in this post.  I think it will be in the 28MP range and largely unchanged as a stills camera but adding some video features for those remaining hybrid shooters.

They have made it no secret that they want a major part of the EVIL camera market.  The new NX-11 looks like a nice little camera but what impresses me is the lenses.  The 85mm f1.4 in particular.  I think Samsung will grow their share of the market this year as they hope but we won’t see many more products this year after CES.

Last year was a big year for them with the GF2 , AF100 and GH2.  We won’t see a lot this year until Q3 or Q4 where we will see a higher end version of the GF2 that is aimed more at the professional than the consumer. 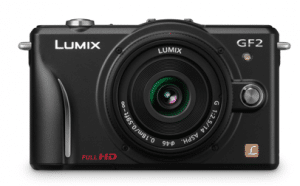 People are waiting with baited breath for the x100 which I have already written a preview about.  I think given the anticipation it has created it will be a huge success and prompt Fujifilm to jump headlong into the EVIL market using the tech from the x100 and making their own line of lenses.  That won’t be available until 2012 though.  The x100 will however be one of the huge hits of 2011. 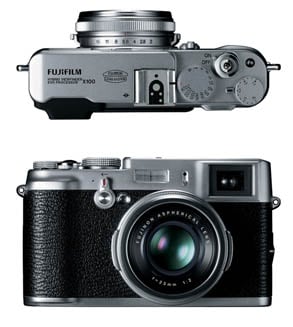 It’s well known that Sony is working on a more professional camera that features their pelicule mirror technology.  It will be ready for PMA I hope or maybe a bit sooner.  It will be called the A77 and will hopefully feature a 10fps shooting speed.  They will simultaneously launch some new lenses to go with it.

The industry as a whole

A few things that I think are going to appear in more and more cameras this year:

As a whole, the idea of convergence which was really a 2009 buzz word, will begin to be forgotten.  We have all discovered that for professional applications, too many sacrifices have to be made to get a still and video camera all into one body.  We’ll see manufacturers pick and choose the features they need to make the best camera for a specific job.  Hybrid cameras will not go away, but less people will use them for making professional video as the sensors are too compromised by too many pixels when you have a stills camera built in too.

Obviously take all this with a whole carton of salt, I’m not privy to any more information that you guys can get by reading the blogs out there on the internet but I don’t think there is anything wildy crazy I’m predicting here.   We shall see though!!  I think it’s going to be a great year 🙂