Why Is This Kayak Shot Faked? Can You Guess?

by Dan Carr | Jul 11, 2018 | Behind The Shot, Action and Adventure Photography, Self Portraits 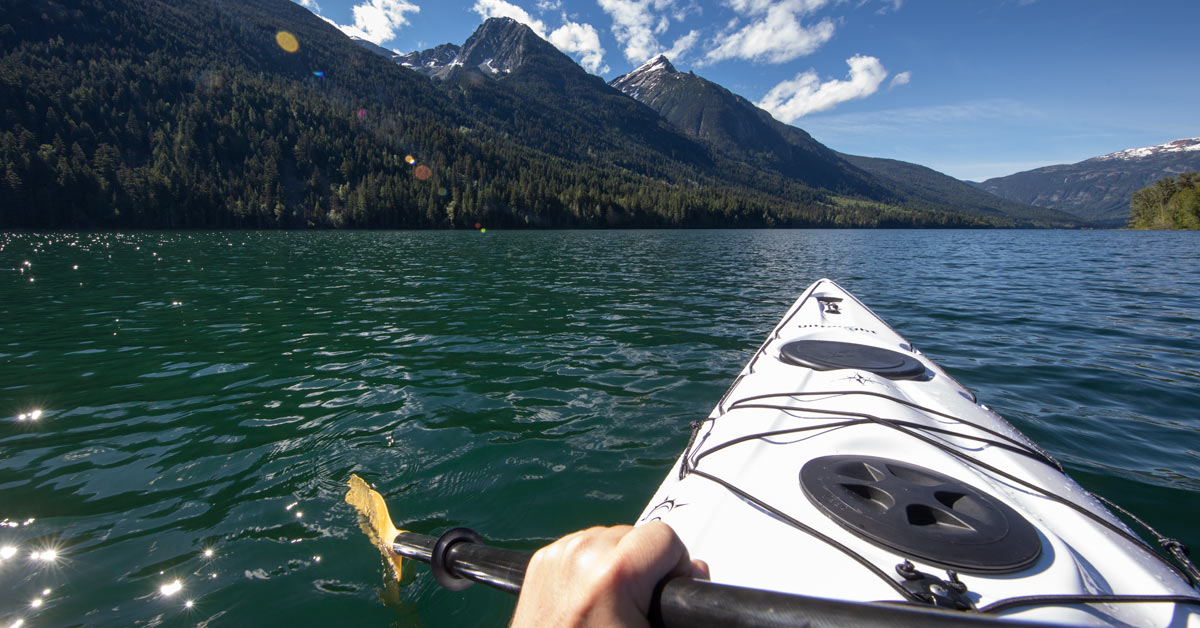 As I mentioned a few days ago, I recently picked up a new kayak for some upcoming photo projects. I wanted to head out right away to photograph it so I paddled a nice 14km loop around a local lake here in British Columbia. Since the paddle was going to take some time, I didn’t want to spend too long taking the photos, so I grabbed a few on the beach before I launched and then I came up with a couple more ideas just after entering the water. As always, my goal is to get a good variety of shots in a short space of time. Horizontal shots, vertical shots, intriguing angles and shots that help the viewer to imagine being there just as I was. 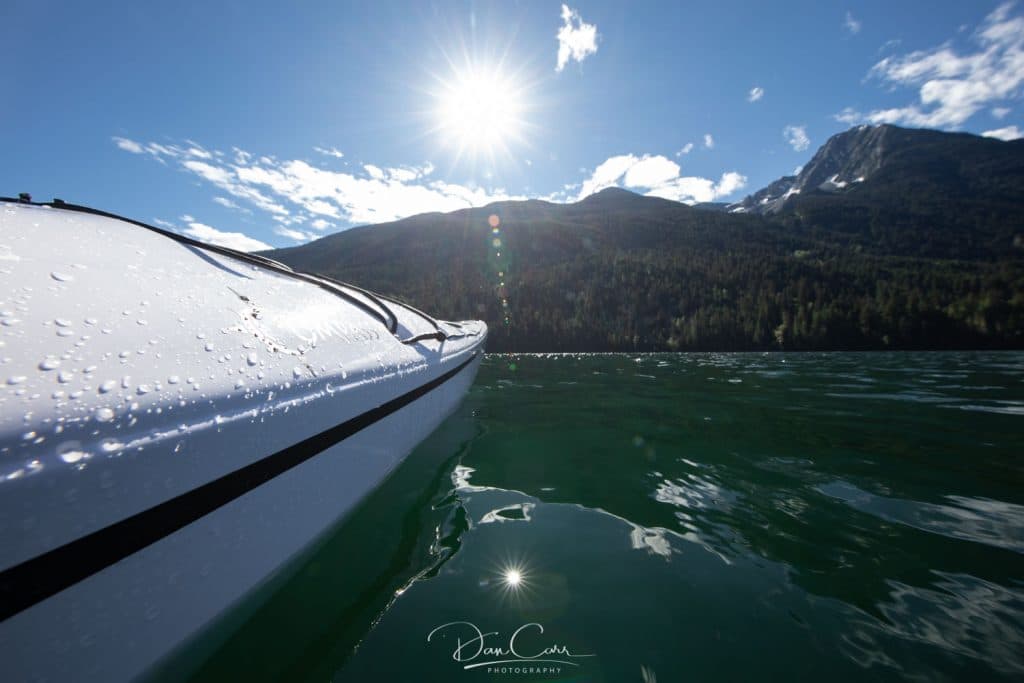 A good start! A unique looking shot by using a very low, unusual angle and getting a reflected sun star in the water.

Whilst I was pleased with the interesting low angle shot that I got by literally placing the camera right on the water next to the kayak, and pointing it to capture the reflected star burst of the sun, but I still wanted one more… 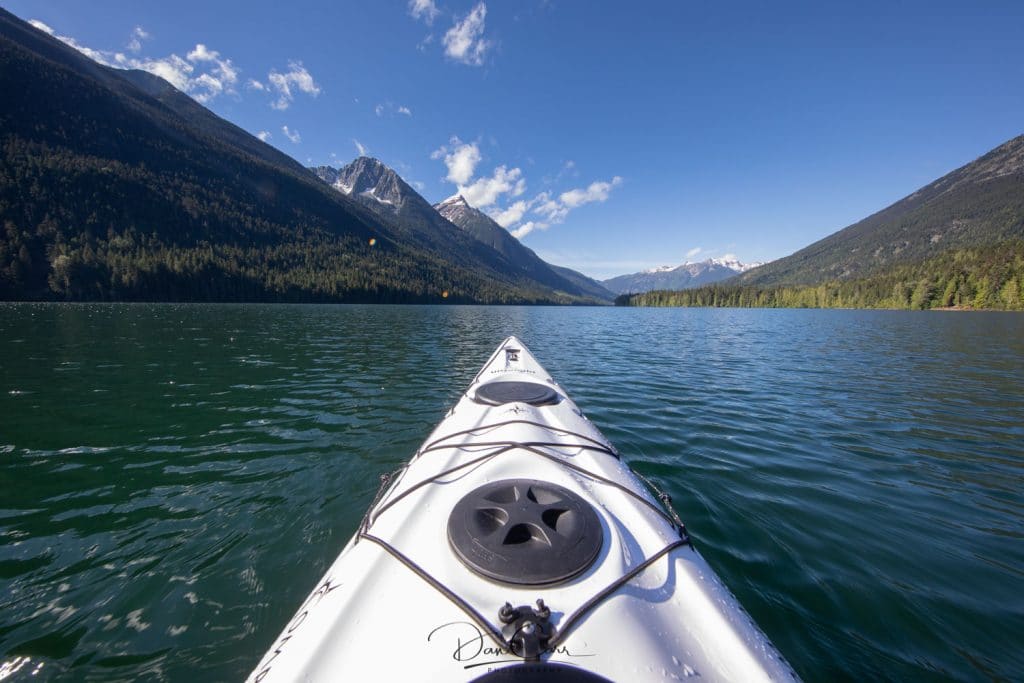 This shot is ok, but it could be better with a little ingenuity…

The shot I wanted to get was a POV (point of view) shot that made it look like I was paddling, but to do this I had to fake it! Have you figured out why yet?

I was using a Canon 5D Mark IV and the ultra-wide 11-24mm f/4 lens, but the problem is that I had to hold the camera and press the shutter button, so how could I also paddle the kayak at the same time when that needs two hands as well?  I took some shots that simply showed the front of the kayak floating in the water, but it didn’t feel dynamic enough to me. I really wanted to have the paddle in the shot, to me the difference between those two shots is night and day.

So I faked it. 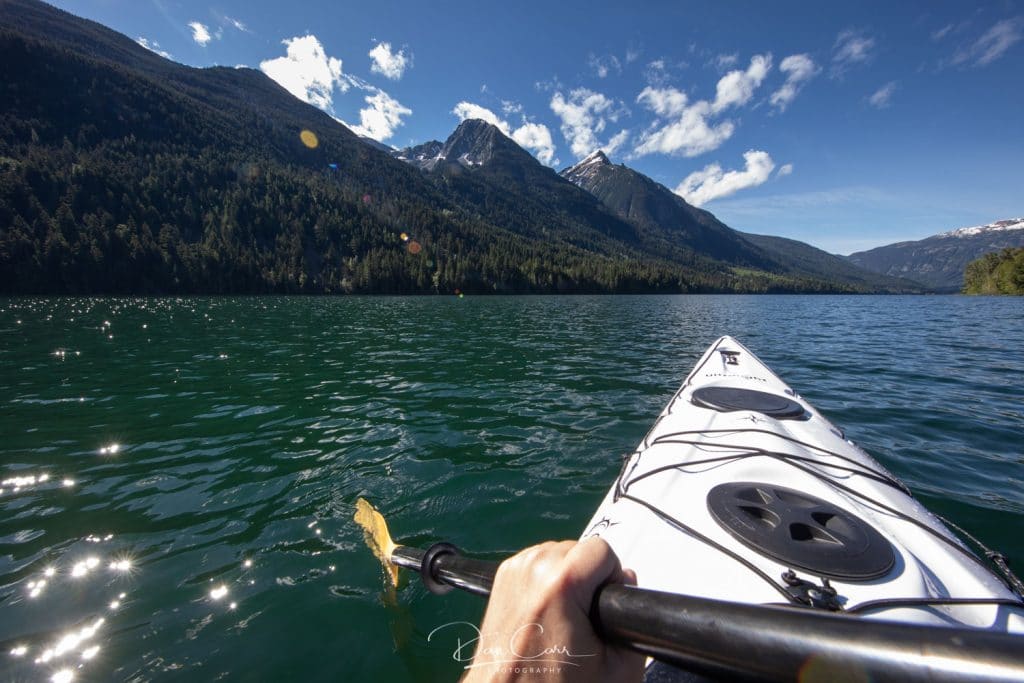 In the photo, I’m holding the camera in my right hand, pre-focussed on the front of the boat. The paddle really is being held in my left hand, but I’m literally just dunking it into the water to simulate the look of paddling. Without leverage from my right hand on the paddle shaft, there’s no way you can actually paddle this way. To any bystander it would have looked awkward and ridiculous, but it achieved the photo I wanted and had I not told you this, you probably wouldn’t have questioned it.

Cameras are powerful tools in many ways, and I often describe photography as the art of inclusion and exclusion. The story you tell in a single shot is entirely defined by what you choose to include or exclude from that frame. In this case, I chose to include the kayak, the paddle blade and just enough of the shaft that you couldn’t tell it was only being held with one hand. By thinking a little outside the box, the end result is a much more interesting photo.