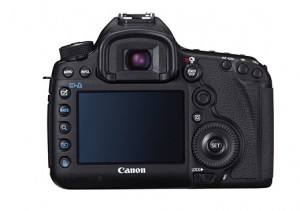 Canon have released firmware update 1.2.1 today for the 5DMK3 which is one of the most comprehensive firmware feature additions ever seen for a Canon camera.  You can download it HERE.

Here is a list of the changes made with this firmware:

Of course the big news here is uncompressed output from the HDMI port as this allows film makers to plug in external recording devices and record to other formats directly like ProRes or DNXHD in a much less compressed way then you can create files in camera.  Video recording quality should be vastly improved with this.Also important is that the HDMI output AND the LCD can be used simlutaneously so that you can frame through the LCD and still be recording or viewing a second monitor from the HDMI feed.  This is also BIG news for people that just want to feed a video village from the camera and it’s not something that Canon has really mentioned but I have tested it myself right now and it works as there is a new option for ‘mirroring’ in the menu system.

For wildlife photographers, or other that require long combinations of lenses and extenders, the AF system has been updated to work with lenses that feature a minimum aperture of f/8.  For example the 400m f4 DO with a 2x extender.