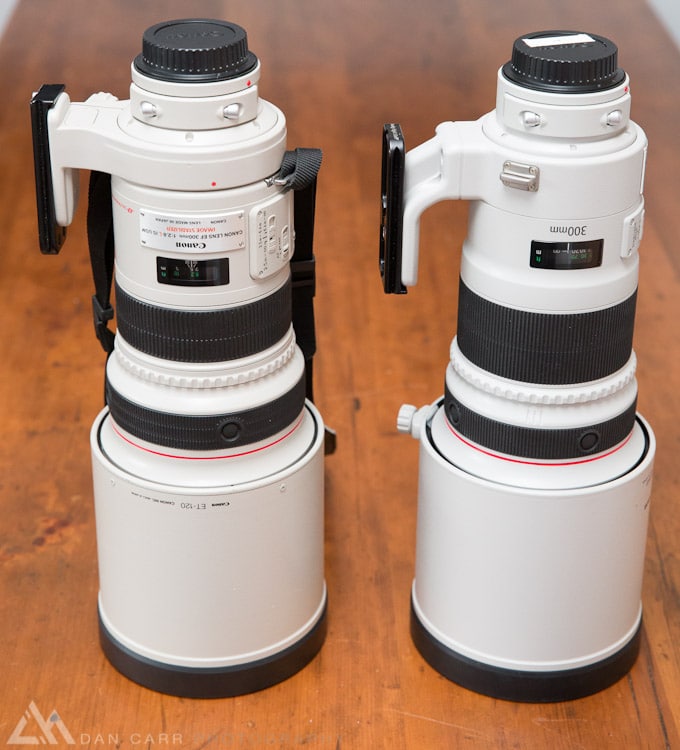 I’m a big fan of the original Canon 300mm f2.8 L IS, it has served me well from covers to ads I’ve packed this thing around the world with me shooting up mountains and around race tracks with frankly stunning results.  I’ve never once caught myself wishing for anything more from the lens, I even shoot it regularly with extenders and produce more than useable images.  When Canon announced its replacement last year I wondered how much of an improvement they could really make.  In reading the various press releases for all of Canon’s new Super Telephotos it became clear that they had targeted two things in particular.  Weight and useability with extenders.  This made some sense. The new MKII version of the 300mm is 8% lighter than the MKI.  I was curious whether that sort of weight saving really equates to something hugely noticeable though so I borrowed the lens last week to take a look at it.

Canon’s new MKII 400mm f2.8 is fully 28% lighter than the previous version.  That is incredible and will change the way that people use the lens.  Suddenly it becomes hand-holdable for certain situations and well traveled sports photographers will suffer much less dragging it around airports.  Almost equally impressive is the MKII 600mm which is 27% less.  Many wildlife photographers used to use the 500mm because the 600mm was too heavy.  Now the MKII 600mm is the same weight as the MKI 500mm !  A game changer again that will have people reconsidering what they use and how they use it.  What I’m getting at here is that the 8% weight saving of the 30mm MKII whilst noticeable in the hand, is not significant enough to warrant a change in its usage.  I don’t believe that it’s now suddenly so much lighter that you would consider taking it somewhere you previously would not, nor do I think it will cause anyone to consider any of the other new lenses since the price jump up from the 300 to any of the others is huge.  In short, I don’t think that the weight saving of the new version would be reason enough for someone to upgrade from one to the other whereas with the 400,500 and 600 I might be. 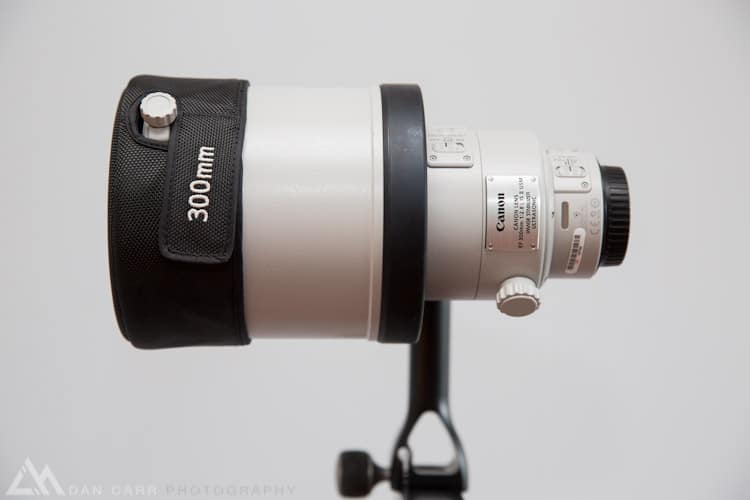 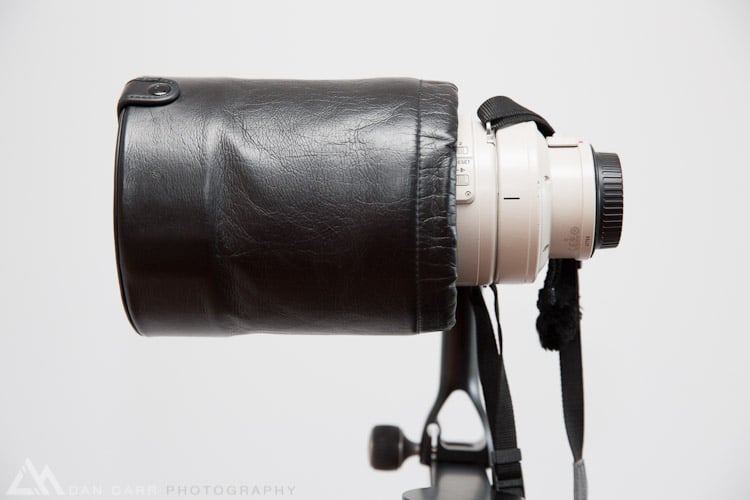 What about extenders then ?  I’ve used the MKIII extenders on the original MKI 300mm with great success and I think they provide important flexibility on that lens.  The one area where the combination has fallen down is the AF speed when using the MKIII 2x extender, it doesn’t track well.  Brief testing with the 300mm MKII though showed a marginal improvement in this area and a definite improvement in sharpness of images made with that combination but still not enough to warrant an upgrade.  After all, I wouldn’t expect anyone owning either 300mm to be relying on a 2x extender for any shooting.  The extenders should only be used at a minimum otherwise you should either opt for a longer lens or a zoom like the upcoming 200-400 f4 L IS.
I also compared the sharpness of both the lenses with every intention of publishing a string of comparative images side-by-side.  Having studies the images though I decided against it because it it was like comparing the sharpness of two knives by looking at their points.  The both look damn sharp!  Contrast is marginally better in the newer version when the lens is wide open and that contributes to a slightly higher perceived sharpness at f2.8 and probably f3.2.  Beyond that though there was really not much to write home about, they are both simply stunning lenses.  Considering the price jump in the new lens I can say that I’m still happy to own the original version at the moment and if anyone out there is considering buying one then you still won’t be disappointed by the MKI version! 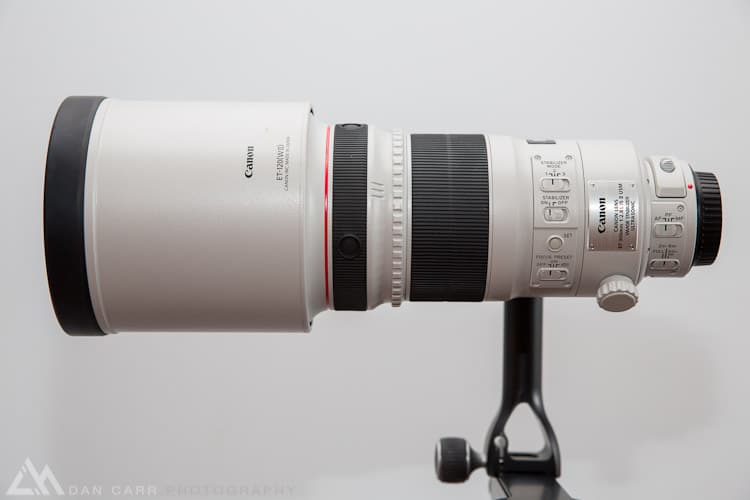 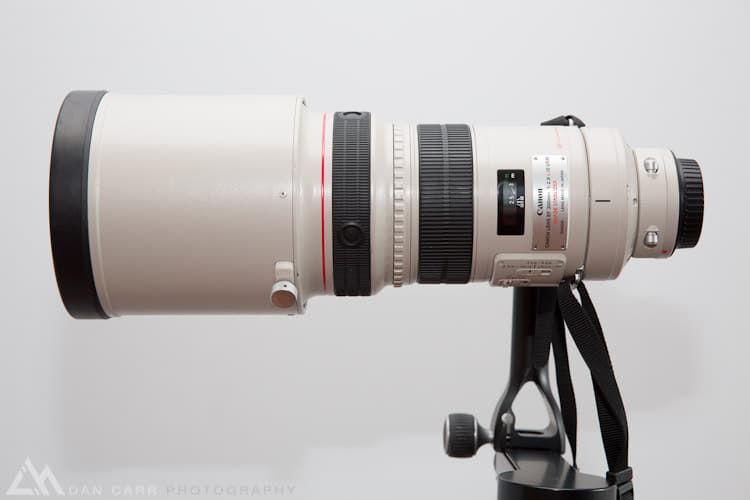 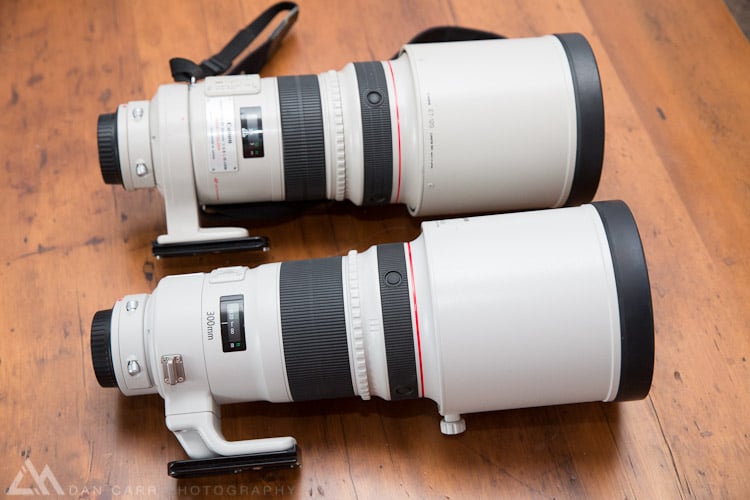