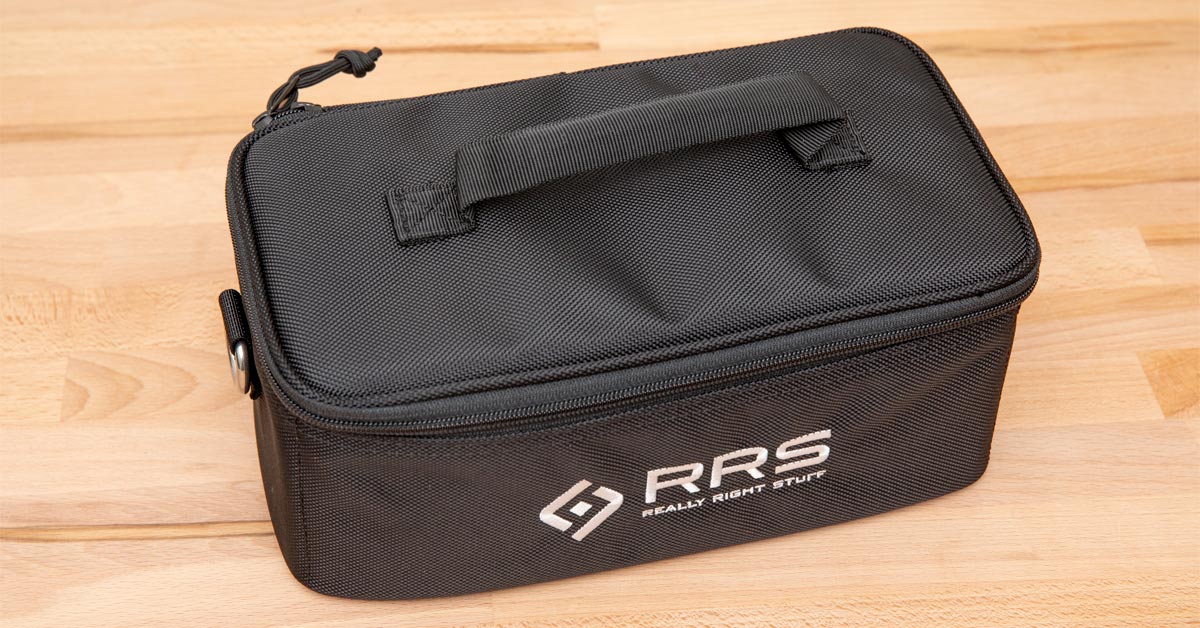 These days I find myself using a gimbal head for about half of my photography so it’s a really important part of my kit alongside my regular ballhead. My gimbal of choice has always been the Really Right Stuff PG-02, but if you aren’t familiar with all the choices out there, you might want to look at a gimbal guide that I wrote for Shutter Muse: Best Photography Gimbal Guide. 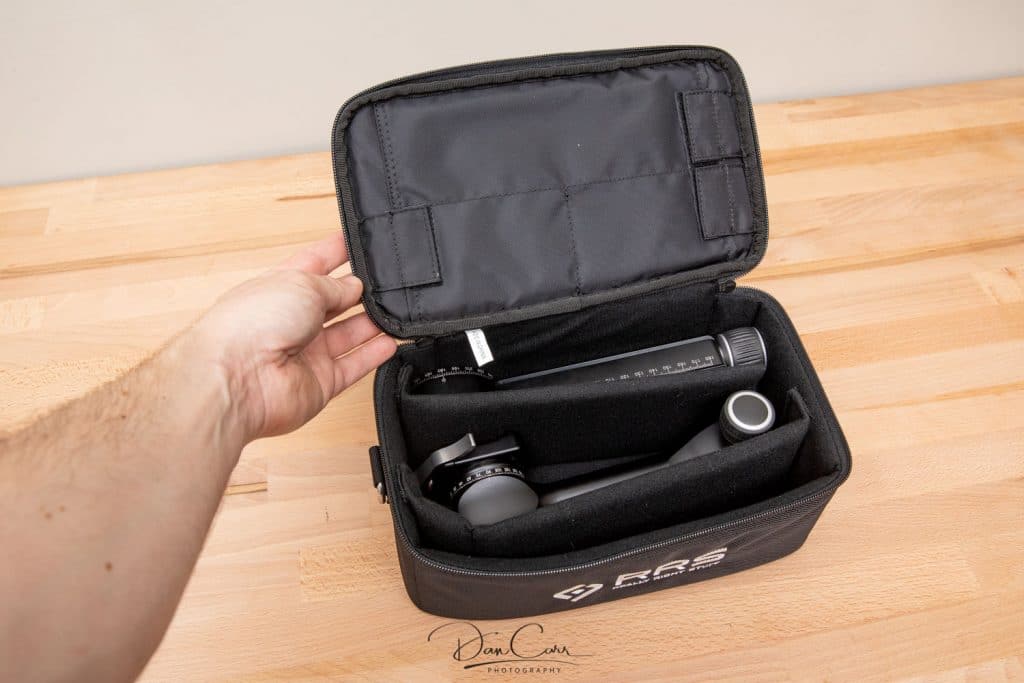 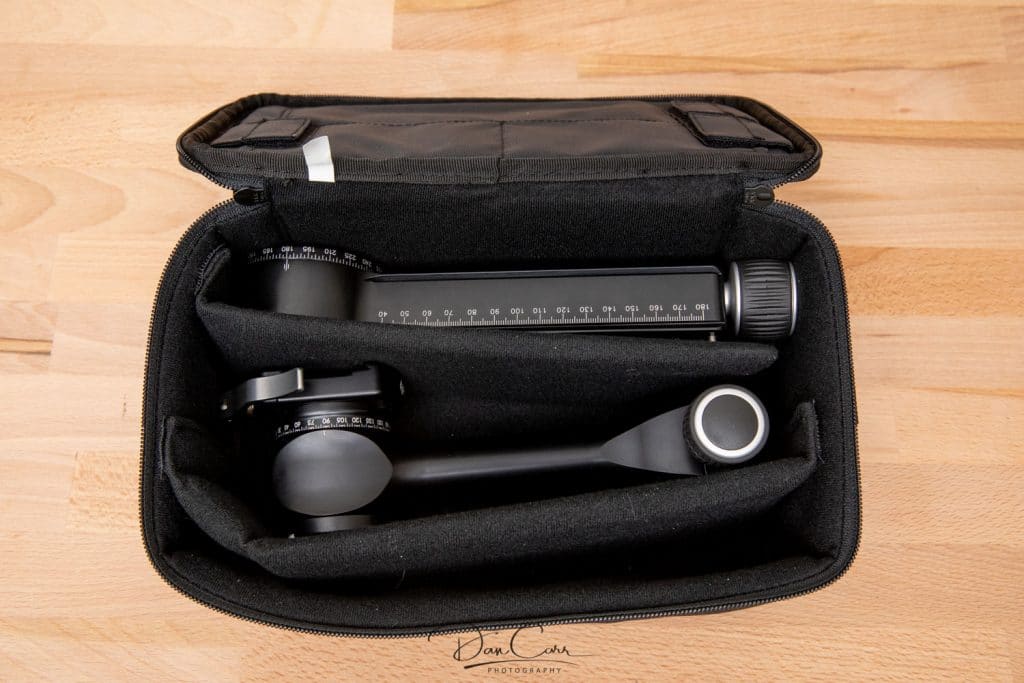 I know there’s a few RRS gimbal users amongst you because I have been singing its praises for many years, so I wanted to show you a cool new gimbal carrying case Really Right Stuff just started selling. In fact, they’re actually including the case for free with all of their new PG-02 and FG-02 gimbals!

There’s room in the case for the side-mount version of the gimbal as shown, but there’s also plenty of room for the cradle-mount version as well if that’s your preference. (If you aren’t sure of the difference, I also discussed that at length in my gimbal tripod head guide.) 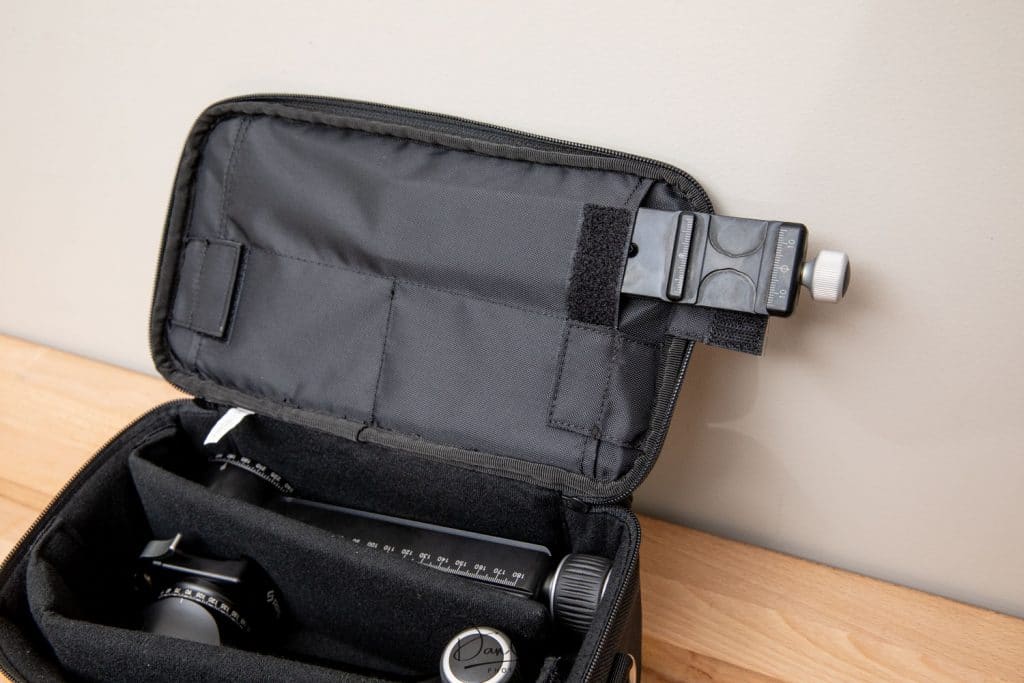 If you purchased a gimbal before they started including them in the package, you can now buy the gimbal case on its own for $45 (only direct from RRS right now, for some reason B&H don’t yet stock it), and you might consider it even if your gimbal isn’t from RRS because it’s a well-made little case and has several pockets in the lid for storing nodal slides and quick-release plates that are also used by many panoramic photographers. You can use the measurements below to determine whether a non-RRS gimbal would fit.

Gimbals are incredibly useful for with telephoto lenses, but there are heavy and often awkwardly shaped which makes them a pain in the ass to pack. Whilst this RRS case is too big to put inside my regularly used MindShift backpacks, it does at least make it easier to pack into my big gear duffles when I’m travelling, and also keeps it protected while I’m in the car. At the moment, I mostly pack it into the case when I’m driving and then attach the gimbal to my tripod when I get to where I’m going.