How to Speed up the Charging of Your iPhone 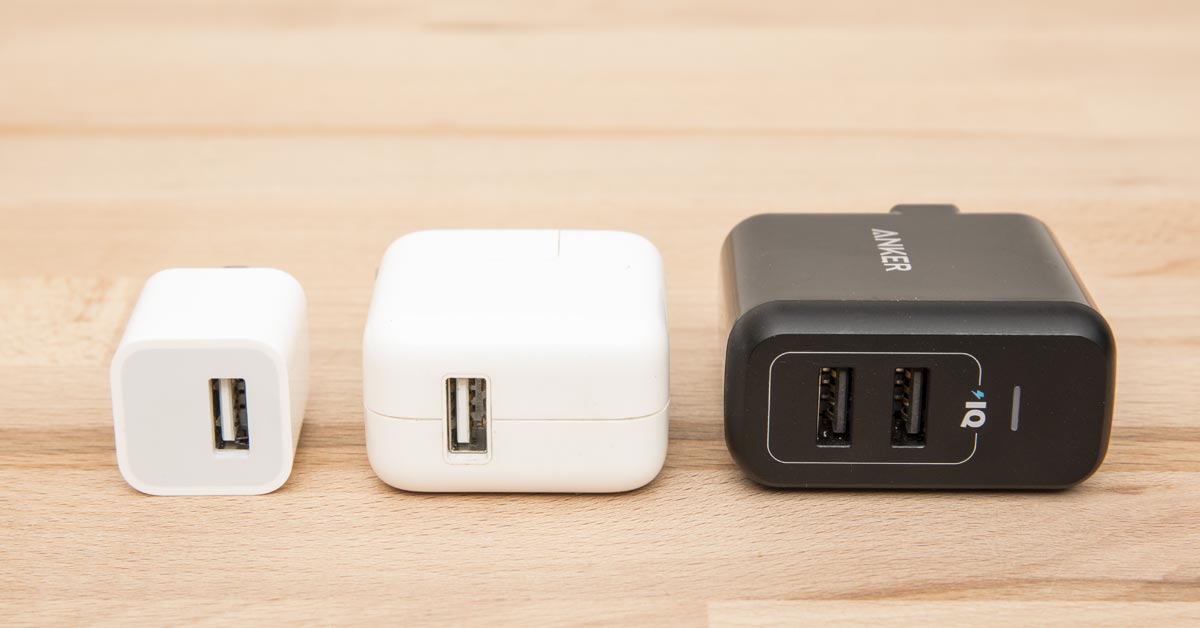 Like a good many people, I rely on my iPhone for work but I’m constantly trying to keep it charged. I have a collection of scattered chargers in my home and I usually try to add a little more juice to the phone whenever I’m near one. I would never think of using the charger that actually came with the phone, but the other day it occurred to me that this might not be a well known suggestion, so here I am today to tell you all why…

The little USB charger than comes with an iPhone is the same charger they have been issuing with it for many years, and yet the capacity of the phone’s battery has vastly increased during that time. This means that charge times have also increased! The standard charger is capable of delivering 5W of power, but an iPhone can comfortably handle much more than that if you use a different charger.

There are thousands of USB chargers on the market, but I’m going to keep things simple by just comparing a few of them. The first contender for a faster charger is the official Apple 12W charger that is currently sold with iPads. You can safely use this charger with any iPhone and it will charge your phone MUCH faster! Very nearly twice as fast, according to my own testing. 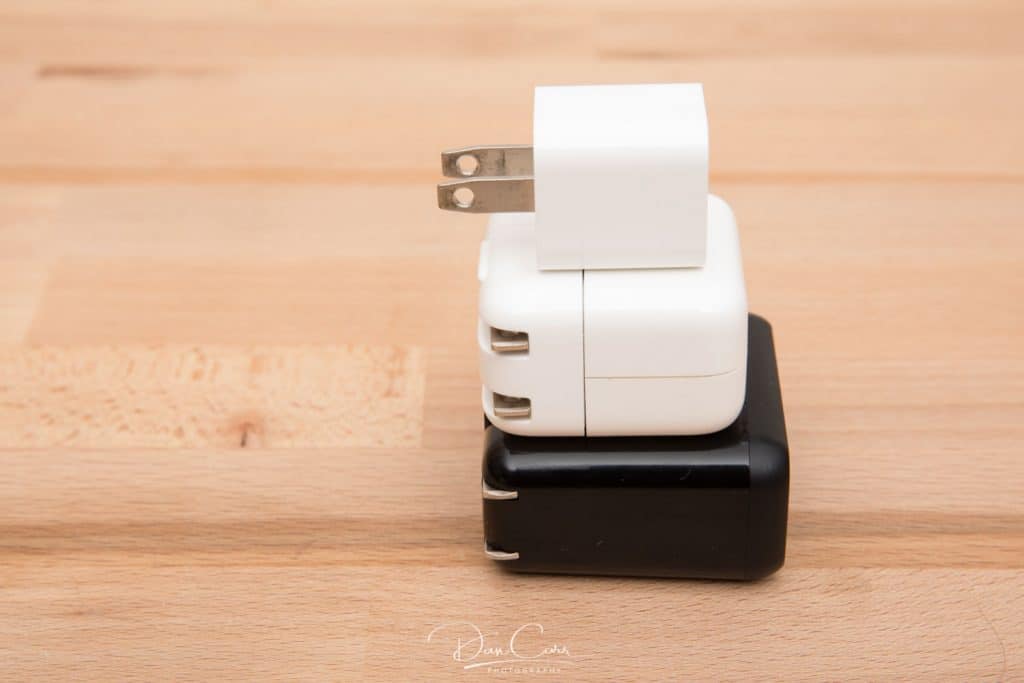 To get some quantifiable results, I tested each charger 4 times for a half hour charging period, and noted the percentage increase in the phone’s charge. Results were then averaged and compared. There’s no real need for you guys to know how much my iPhone 7 Plus increased in charge in a 30 minute period because you might have a different model. What I wanted to know was the relative increase in charge speed for the different chargers. I’m also aware that charging slows down as a battery gets close to full, so all the tests were done with a low battery, and results turned out to always be consistent. For example, all 4 charges with the 5W Apple charger produced the exact same increase in charge percentage. 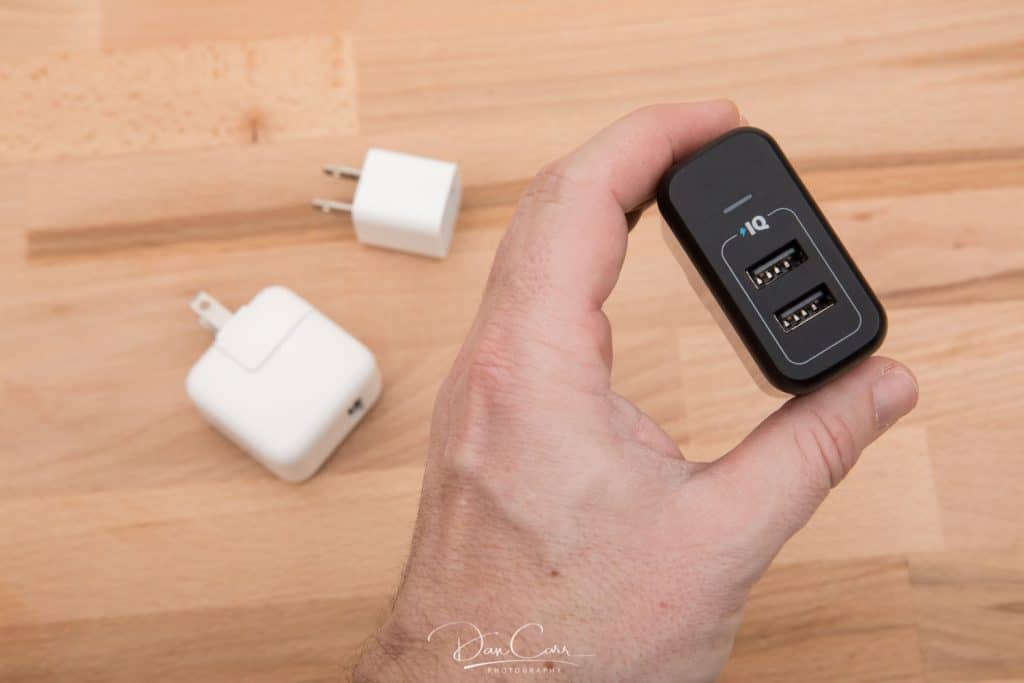 The next charger that I tested is an Anker USB charger that features their Power iQ technology which supposedly monitors device charge to optimize output for a faster charge. Is it marketing mumbo jumbo?  I’m not sure, but I can tell you that it is faster than the Apple 12W charger! In my testing I found it to be roughly 8% faster than the Apple 12W charger, which was already nearly twice as fast as the standard 5W charger.

I really like Anker products and I own a great many of their chargers and cables. Their product always feel like a premium product, but without the premium price tag. I can only assume that their business model simply relies on selling huge volumes! 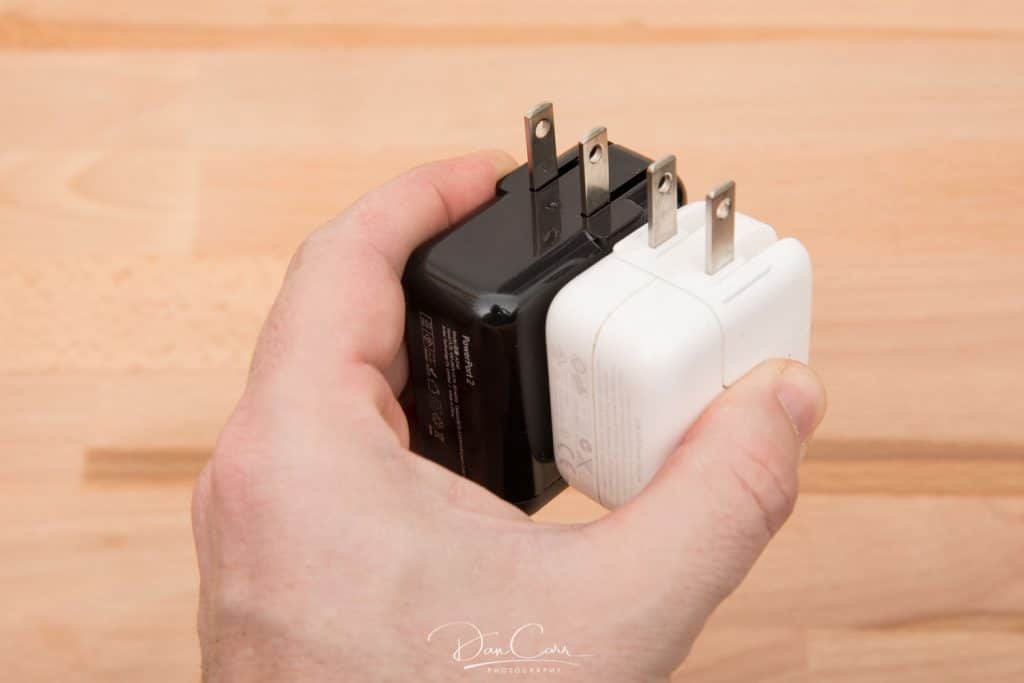 If you want to charge your iPhone faster, the best option that I know of is the Anker Powercore charger in the 2-port variation. It’s the fastest option, and you also get that second USB port which I find useful for simultaneously charging various photographic accessories. If you want to keep everything shiny white and made by Apple, their 12W iPad charger does very nearly as good a job as the Anker charger, albeit at a slightly higher price and with one less charging port.

Incidentally, Anker also sell some USB chargers that are branded with the Qualcom Quick Charge 2 or 3 logos. Quick Charge does not work with an iPhone, so don’t waste your money buying the more expensive Anker Quick Charge models. It’s totally pointless! Just stick to the ones that have the iQ logo on them. 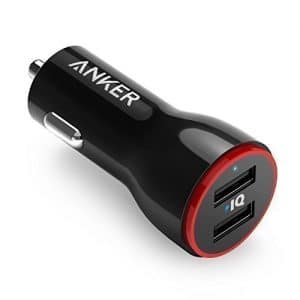 If you have a USB port in your car, there’s a good chance that it’s highly underpowered. I would also recommend getting the Anker Powerdrive 2 car charger which also has their Power iQ technology. I can’t speak for your car, but in my car, using the Anker charger instead of the built-in USB ports dramatically lowered my charging time.