Behind the Shot: Dawn Drifting with Grizzlies

by Dan Carr | Dec 14, 2015 | Behind The Shot, Action and Adventure Photography, Self Portraits 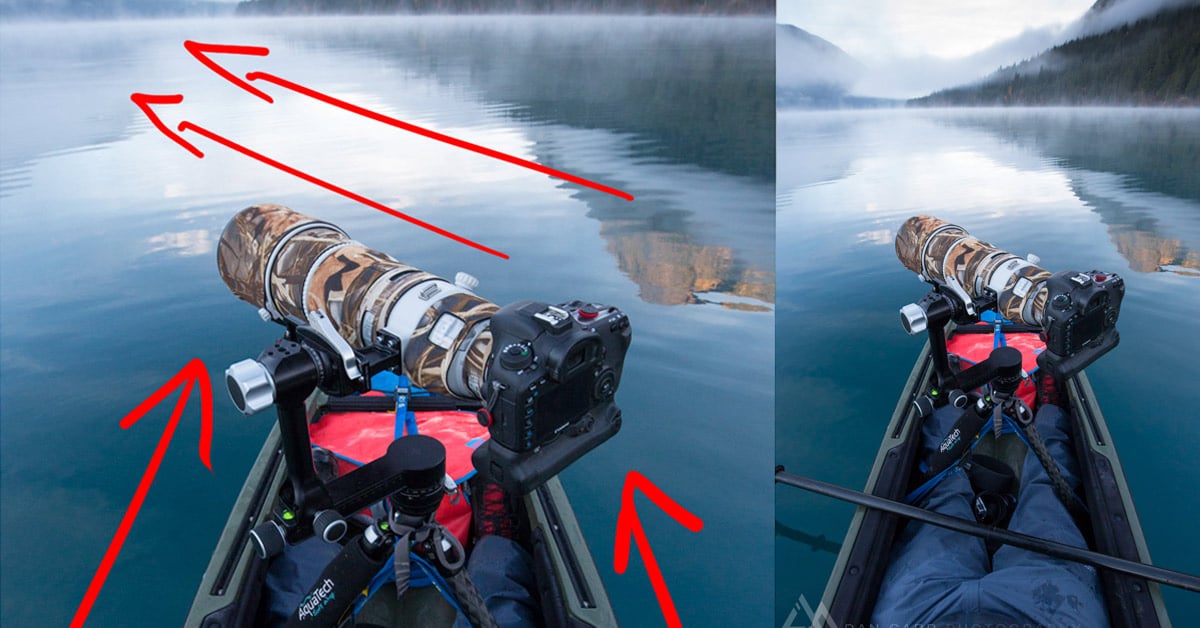 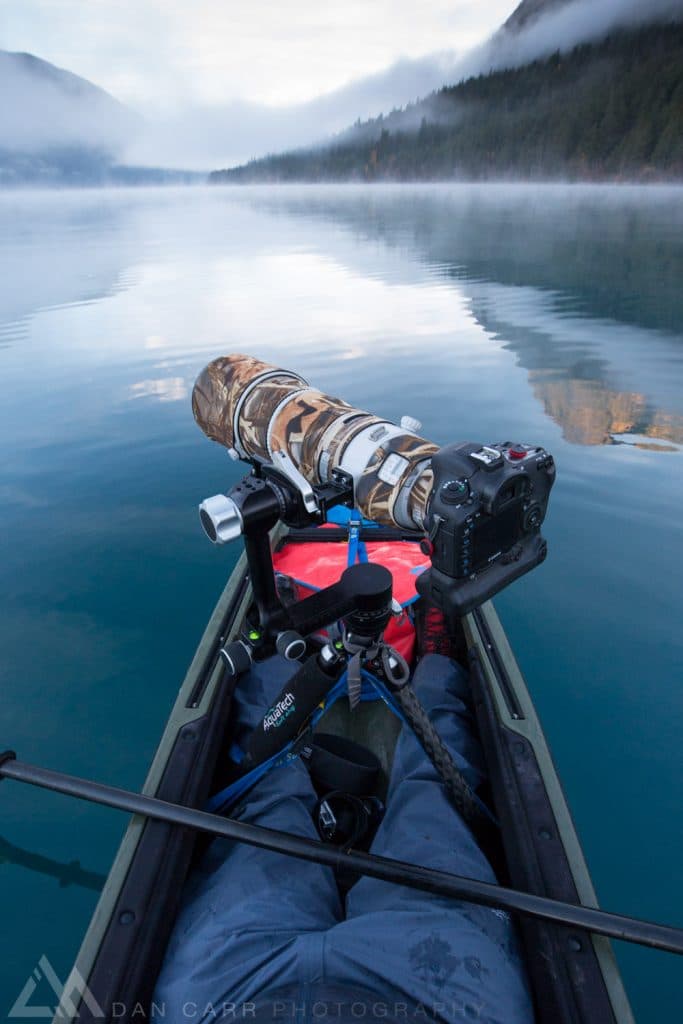 This is a self portrait that was taken on a recent wildlife photography trip to my favourite spot in the Chilcotin Mountains of British Columbia.  The shot is taken just after dawn on a spectacularly calm morning that yielded amazing grizzly bear photographic opportunities. When you’re doing this kind of work, it’s important to document some of the behind-the-scenes stuff as well because these photos can add to a portfolio of images from a trip.  In fact another self portrait of me in my kayak recently ran as a large image in PDN magazine, so these kinds of shots can have financial and promotional benefits as well. 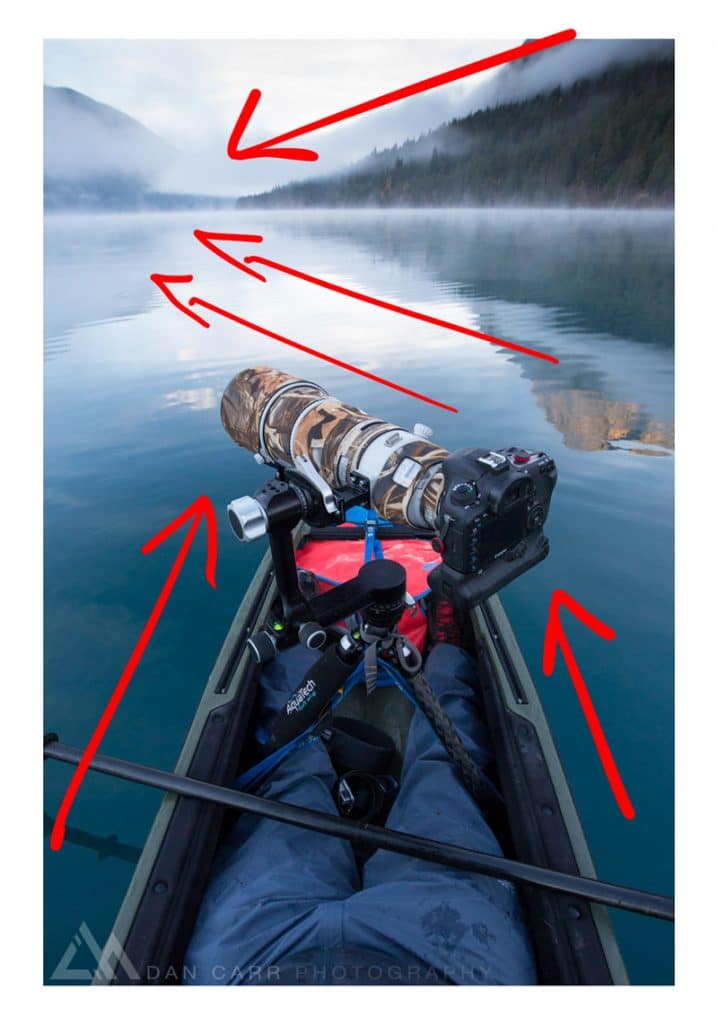 Why Does it Work?

From a compositional point of view, the thing to note are the lines leading you through the image and ultimately to the mountains and fog in the background. The lines on the edge of the kayak help with this, and it’s accentuated by the vertical view rather than a horizontal one.

I also rotated the lens on the big 200-400 so that it paralleled the reflection in the water and helped steer the viewer towards the horizon point, which is also pointed to by the downward tree line of the mountain on the right of the lake.  I wish my MEC dry bag wasn’t so brightly coloured, but there’s precious little space in a kayak to hide something that big from such a wide angle shot!

Since the eye will tend to wander towards the brightest part of the image as well, the bright tones of the background, compared to the darker grey tones of my waterproof pants also work well to reinforce the composition.  Had I been wearing bright white pants (not very realistic but bear with me…), then the foreground tone would have been competing with that of the background and it would messed all of this up, probably requiring a totally different composition.  It’s also important that the camera on the tripod didn’t encroach upon the reflected shoreline.  When you have leading lines like that, you want to try and avoid breaking them up with objects crossing into them as it weakens their effect.

Did you think I just grabbed a quick snapshot by quickly lifting the camera to my eye?  I think a lot of people underestimate the thought process that goes into creating compelling images.  With time, you can speed up this process so it’s ultimately unnoticeable to anyone that would happen to be standing next to you, but the gears in my head are turning pretty quickly whenever I have a camera in my hand.

Not many people would have guessed that I altered the positioning of the 200-400mm lens in the shot to draw the line along the shore.  It started off facing straight forwards, but after taking a couple of shots and examining it on the camera, I saw the opportunity to further enhance people’s path of vision through the shot.

You always need to be evaluating the way people will look at your photos, keep that in mind next time you’re out with your camera!

Gear Used To Take This Shot