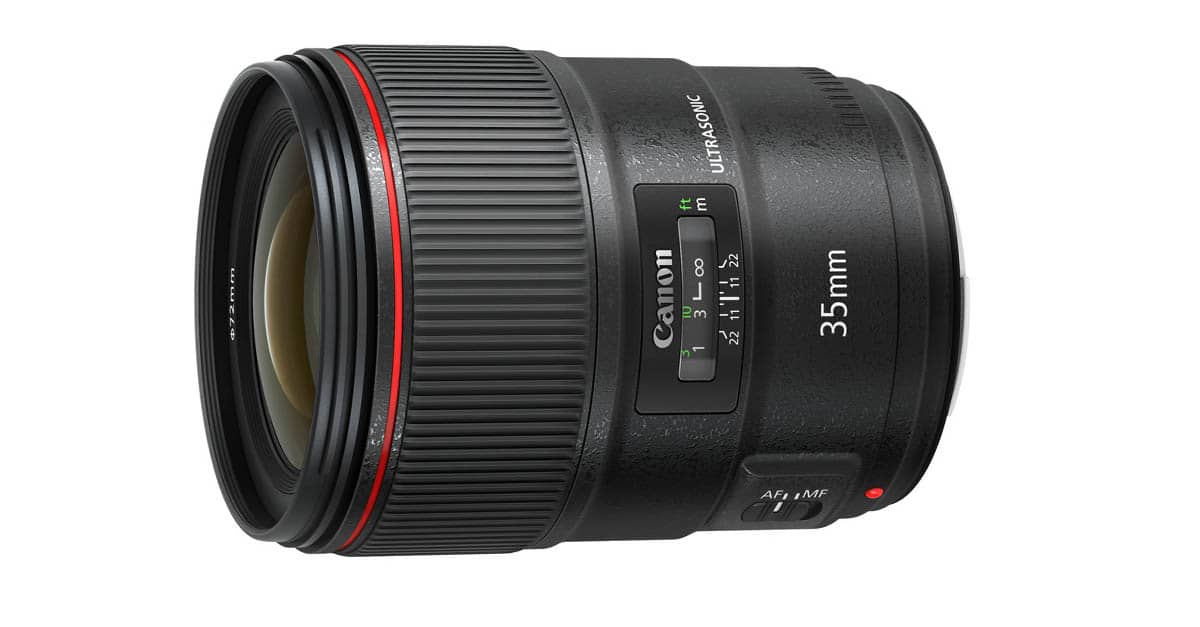 Canon has just launched a MK II version of their 35mm f/1.4 L lens, and it should be a beauty.  Speculation about a second version of this lens has been around for over 5 years I think, ever since the 24mm f/1.4 L II was launched.  My guess is that Canon weren’t in such a hurry with the 35mm because the original one was much better received than the first version of the 24mm was.

Canon has been hitting a lot of home runs in the last few years with their lenses as they geared up to move into high megapixel territory with the EOS 5Ds and 5Ds R.  I don’t expect to see anything but stellar performance from this lens, but it has an $1800 price tag to match those expectations.  That’s a solid $400 increase over the previous version.

Interestingly, Canon are claiming to have used a new technology called BR Optics, to “significantly reduce” chromatic aberration (Note that CNET are saying Canon told then it would entirely correct aberrations, I can’t find reference to that anywhere).  That’s a pretty bold claim so it’ll be interesting to see how well that performs.

Will I be getting one?  Probably not…

It doesn’t really suit my kind of general shooting, and I’m sill in love with my incredible 24-70 f/2.8 L II.  I expect that this lens will find most favour with wedding photographers, street shooters and travel photographers.  I’m definitely not ruling out renting it, or borrowing it from Canon at some point so I can test it out, though!

The EF 35mm f/1.4L II USM has been crafted following feedback from Canon’s community of professional photographers and includes a range of advanced optical technologies to deliver the outstanding image quality professionals expect from a Canon L-series lens. The lens is the first to include BR optics, a new pioneering Canon-developed lens technology featuring an organic optical material, which has been engineered at a molecular level to help significantly reduce chromatic aberration and produce sharper images – via its ability to refract blue light. The BR Optic is integrated into a compound element in the lens. Together with Canon’s high performance lens coatings, including Subwavelength Structure Coating, the EF 35mm f/1.4L II USM delivers results with improved contrast and minimal flare and ghosting.

Natural, reportage-style images for professional photographers
Perfect for capturing images with a documentary feel, using its wide 35mm fixed focal length, the EF 35mm f/1.4L II USM is the ultimate choice for photojournalists, sports and wedding photographers alike. With its wide-angle view photographers can shoot subjects in their natural habitat within the context of their environment, and without distortion. To create shots with beautiful background blur and standout portraits, the fast f/1.4, nine blade aperture can be used to control depth of field, as well as enabling photographers to continue shooting as light levels start to fade.

For a rapid response to scenes unfolding in front of your eyes, the EF 35mm f/1.4L II USM features a ring-type ultrasonic motor to drive the extremely quick and near silent autofocus. A full time manual focusing ring allows you to make fine, real-time adjustments, whether shooting stills or movies.