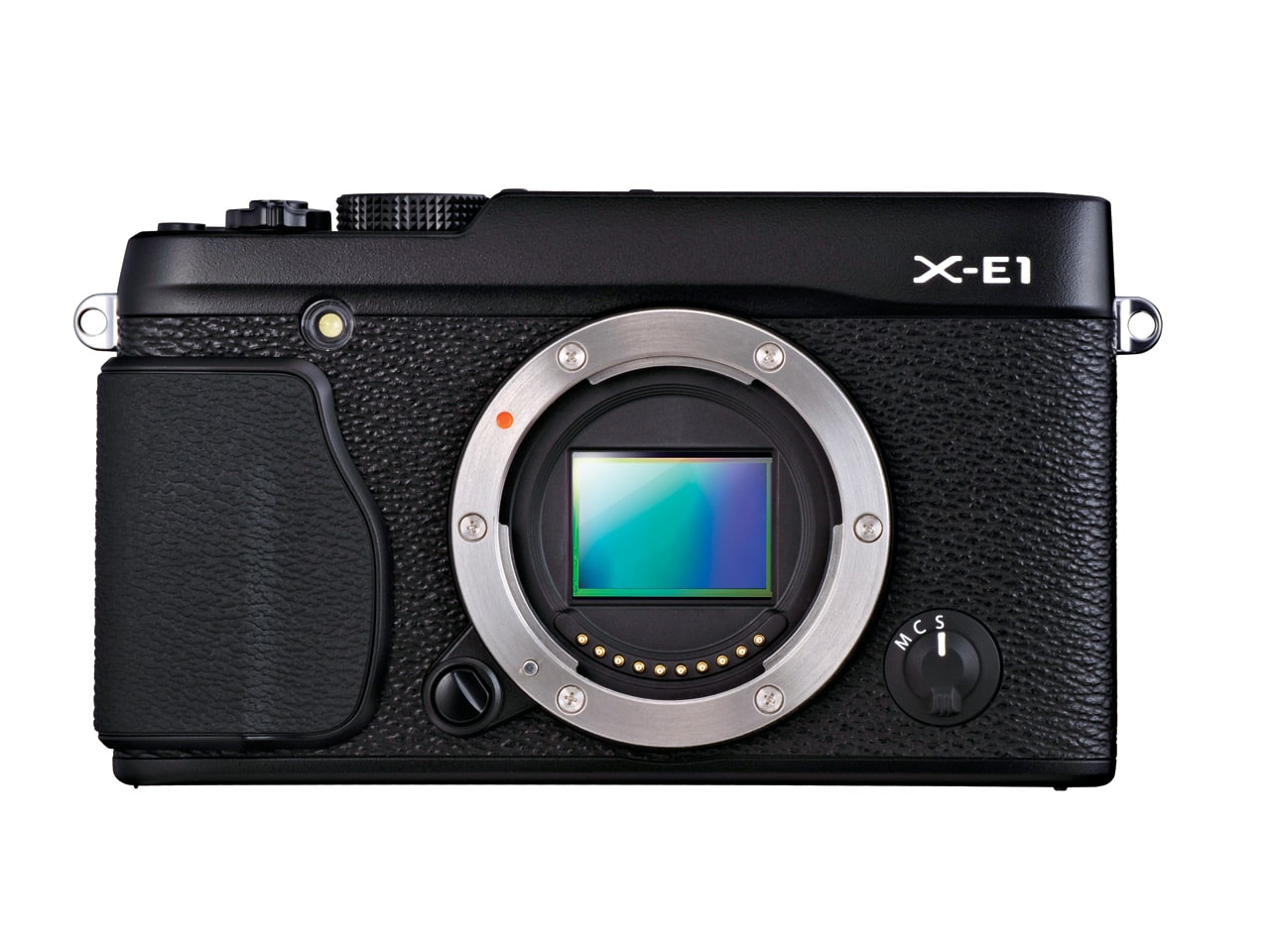 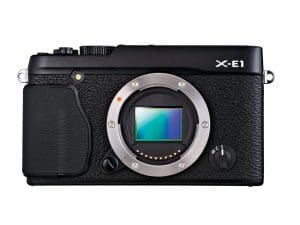 So Fuji went and announced a new camera in the X-Series today called the X-E1.  It’s pegged as the more affordable version of the X-Pro 1 but in my mind it makes the X-Pro 1 a now pointless purchase.  You see the X-E1 features the exact same 16MP sensor as its bigger brother, it adds a built in pop-up flash and it is physically quite a bit smaller.  What’s the catch then ?  Well you loose the hybrid optical viewfinder that Fuji touted as the major feature of the Fuji X100 and the X-Pro 1.  But here’s then thing, that viewfinder was never very good anyway.  It made accurate focusing almost impossible and when I owned the X100 I always switched it to electronic VF mode so that I could actually get some photos that were in focus.  Not only that but Fuji is using SONY’s EVF technology, tech that has advanced since the introduction of the frankly incredible NEX-7 EVF from last year.  This new one has a 5000:1 contrast ratio!  So all in all, there’s no way I would recommend that anyone buys an X-Pro 1 anymore !  Save some money and get the X-E1 which looks great. 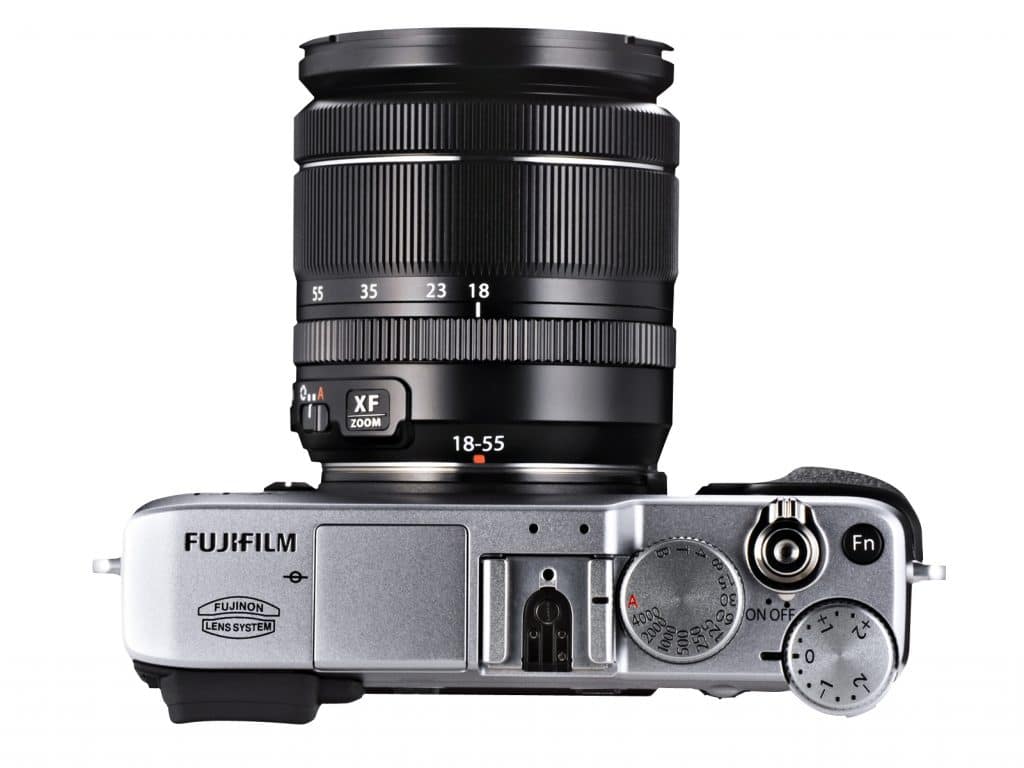 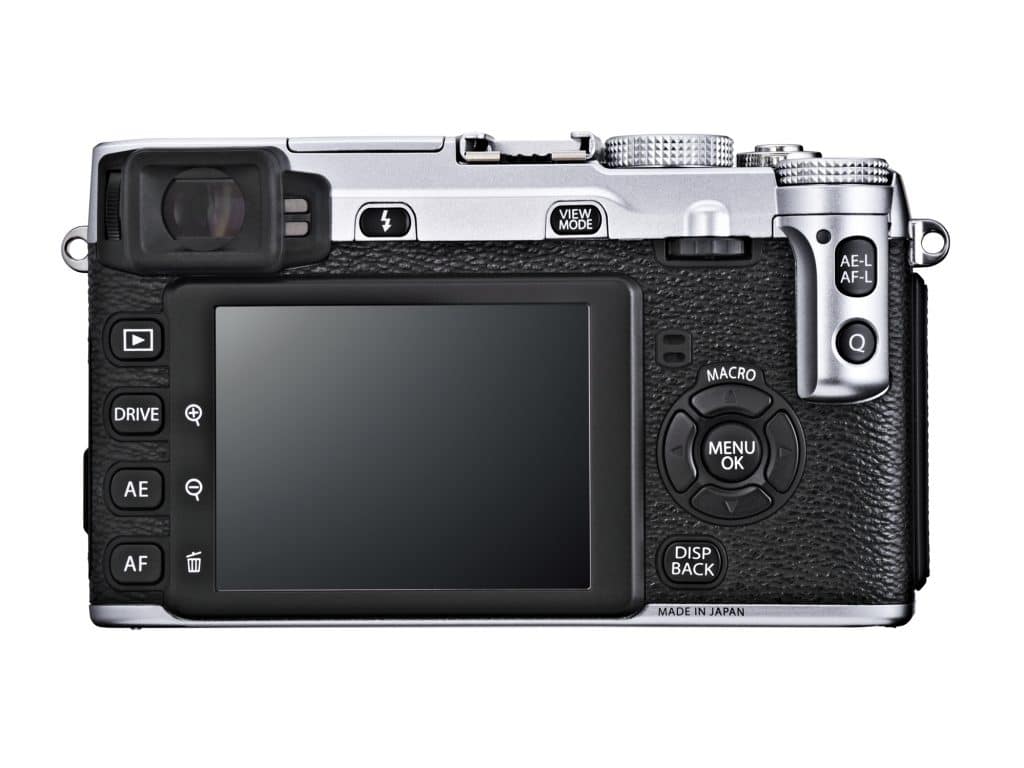 Valhalla, N.Y., September 6, 2012 – FUJIFILM North America Corporation is proud to introduce its second compact system camera of this year – the FUJIFILM X-E1 – a premium interchangeable lens camera system that truly exemplifies the high quality and extraordinary image resolution that the X-Series is known for among professional photographers.

The FUJIFILM X-E1 follows in the tradition of the award-winning FUJIFILM X-Pro1 and utilizes the same proprietary 16.3 Megapixel APS-C X-Trans CMOS sensorTM and the same X-Mount for use with FUJINON XF lenses, all in a body that is 30% smaller than the FUJIFILM X-Pro1.

With its compact, travel-friendly size, the X-E1 promises to be an exciting addition to the FUJIFILM X-Series. It will be available in two classic designs: a two-tone black and silver, and a solid black. Both versions of the X-E1 will also ship as kits with the XF18mm-55mm (27-84mm) F2.8-4 lens in November 2012.

“It’s an exciting day for Fujifilm as we launch our second premium interchangeable lens digital camera this year, the FUJIFILM X-E1, and two extraordinary new XF lenses” said Go Miyazaki, president and chief operating officer, FUJIFILM North America Corporation. “The X-Series has thrilled photographers around the world with its exceptional image quality and stunning design, and the new X-E1 promises to continue that tradition with a slightly smaller body and all of the attention to detail that is the hallmark of FUJIFILM X-Series digital cameras.”

Exceptional color rendition and image resolution
Fujifilm’s advanced X-Trans CMOS sensor is capable of delivering resolution that is superior to other APS-C sensors, and equal to even some full frame sensors found in popular DSLR cameras.

The FUJIFILM X-E1’s unique color filter array can effectively minimize moiré and false color without the need for an optical low pass filter. This makes it possible for the camera to maximize its extremely high resolution, and to capture each photograph with accuracy and clarity across the whole image.

FUJIFILM original “X-Mount” maximizes lens performance
Specifically designed to take advantage of the camera’s mirrorless design, the X-Mount has a short flange back distance of just 17.7mm made possible by designing the mount ring as thin as 2.5mm. This means the rear lens elements are as close as possible to the sensor, reducing the back focus distance of each lens to the minimum possible, thus achieving high resolution from edge to edge. And when fitted with a FUJIFILM M Mount Adapter, the X-E1 can use a wide variety of M lenses to broaden the scope of your photography.

2.36 million dot “Organic LED (OLED) electronic viewfinder”
The FUJIFILM X-E1 camera comes equipped with a high definition, high luminance OLED electronic viewfinder with a resolution of 2.36 million dots that is one of the highest resolutions available on an EVF-equipped digital camera today(1). The natural, bright viewfinder offers a horizontal field of view of 25-degrees, allowing users to scan the entire scene quickly and easily.

Premium quality design and portability
Made in Japan, the X-E1 exudes precision, elegance and premium quality that can be seen from each of its components. The top and front covers are made from die-cast magnesium for a solid, yet functional design. At roughly the same size as the FUJIFILM X100, the X-E1 is refreshingly compact and lightweight (12.35oz(2)). Featuring a rubber grip for additional stability, and with the X-Mount positioned centrally on the camera, the X-E1 is perfectly-balanced.

Expanding the FUJINON XF lens lineup: New XF14mm (21mm) F2.8 single focal length lens and XF18mm-55mm (27-84mm) F2.8-4 lens
The FUJIFILM X-E1 pairs perfectly with the XF18mm-55mm (27-84mm) F2.8-4 lens to deliver super-fast focusing speeds that will capture even the fastest action. The highly responsive linear motor in the XF18-55mm lens combines with the high-speed signal readout of the X-Trans CMOS sensor and the EXR Processor Pro, to achieve a huge leap in AF speed and precision performance. Contrast Detection in the X-E1 brings your subject into sharp focus in as little as 0.1 seconds.

A true masterpiece of optical technology, the high quality all-glass lens structure consists of 14 elements in 10 groups, including 3 aspherical lenses and 1 extra low dispersion element, as well as a seven-blade rounded diaphragm. This zoom lens covers a broad range of frequently-used focal lengths from 18mm in wide angle to 55mm mid telephoto(3) to capture everything from landscapes to street photography.

At F2.8-4 wide open, this fast lens is perfect for low-light photography or scenes beckoning a beautiful bokeh effect. Advanced optical and mechanical designs are optimized to keep the lens compact, while maintaining a physical aperture ring so that users can make fluid adjustments. The lens also features OIS to provide image stabilization equivalent to 4 stops, controlling the effect of camera shake and allowing users to seize perfect photo opportunities.

With its distance and depth of field scales on the barrel, the FUJINON XF14mm (21mm) F2.8 lens is ideally suited for a range of shooting techniques. And with its bright, F2.8 aperture, the lens performs beautifully in low-light shooting.

In addition, advanced digital processing in the X-E1 enables multiple exposures, giving photographers the ability to take two shots while visually checking the finished image, either in the viewfinder or LCD screen.

Full HD Movie recording
The X-E1 supports shooting Full HD movies (1920×1080) at 24fps. In addition, you can now use Monochrome or Film Simulation modes when video recording and even take advantage of the X-E1’s large sensor and bright XF lenses to capture movies with beautiful bokeh effect. Connect a stereo microphone (3rd party sold separately) to the external microphone input and record audio with enhanced clarity.

Accessories available for the FUJIFILM X-E1

For FUJIFILM X-Pro1 and X-E1 customers
Please update the firmware of your camera body when using the XF18-55mm and XF14mm lenses for the first time.

The firmware will be supplied by SD card (bundled in 18-55mm and 14mm Lens Boxes) or can be downloaded from “Support” on the Fujifilm Global website.