Behind the Shot: Backcountry Big Air 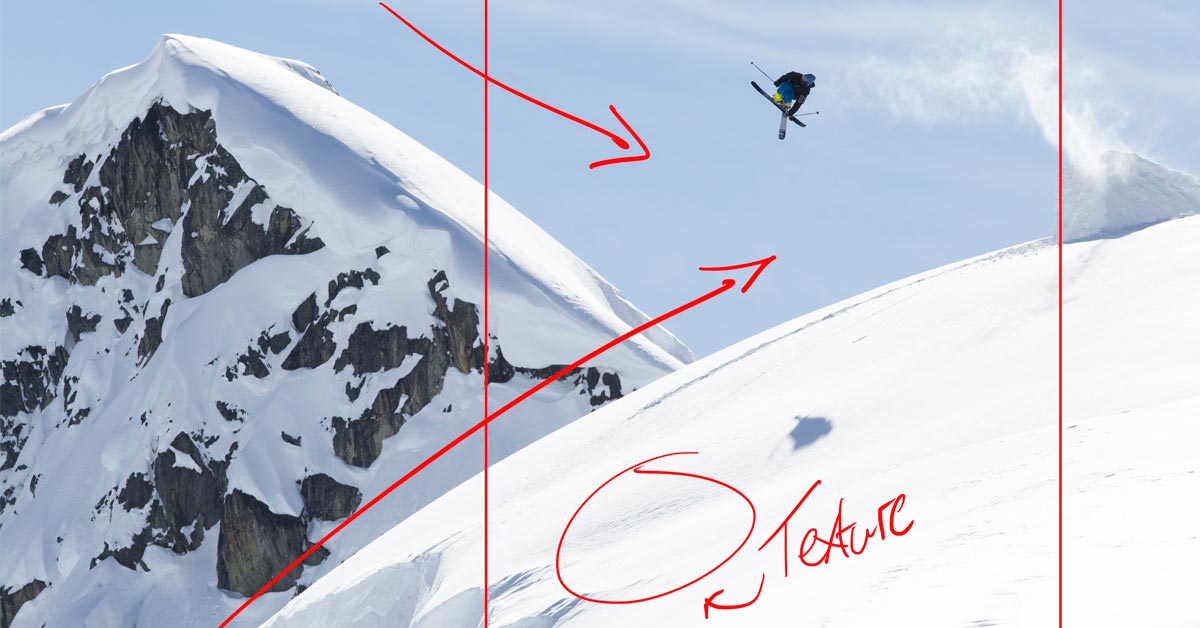 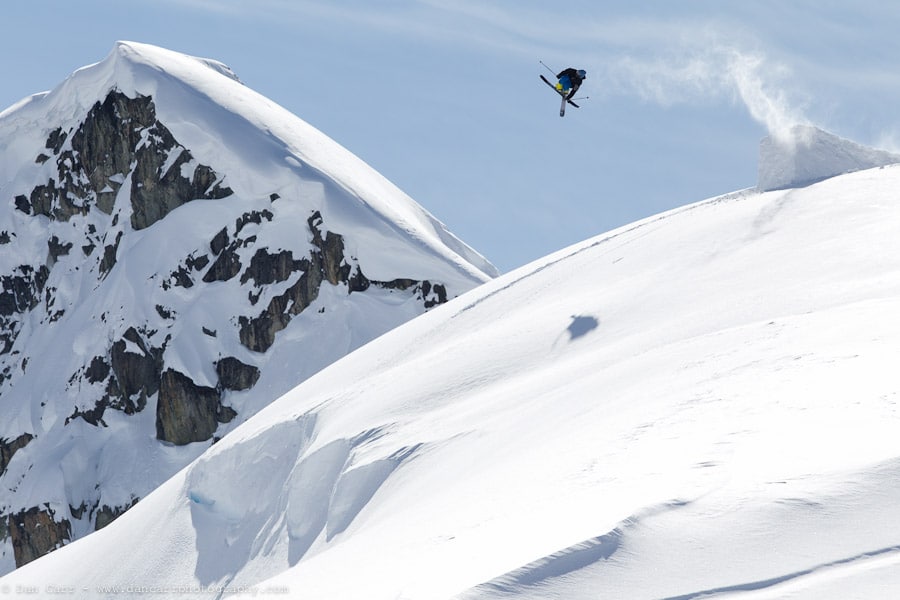 This image was taken on the Pemberton Ice Cap near Whistler in British Columbia, Canada.  We accessed the location by snowmobiling out there and it took about an hour to get up here from the car park on the side of the highway.  Every year the snowpack forms a slightly different shape and this was the first time we had seen it for a perfect spot to build a jump in this area.  Dane Tudor is the skier and we were filming for a skiing movie produced by Poorboyz productions.  Dane’s trajectory will actually take him to landing down beneath the snow overhang in the left side of the image so he has a long way yet to go in this picture.

I shot in manual exposure, carefully watching the histogram and walking a tight line between losing detail in the backlit snow surface, and maintaining a feel of texture in at least some areas.  It’s always a tricky exposure when things are this bright!

How Did I Focus?

Using auto focus on a shot like this would be pointless. You should only use auto focus when you are truly not sure where your subject will be, and that their distance will be from the camera. In this case, I knew exactly where the skier would be because he had a very exacting trajectory to follow in order to get to his landing spot. To confirm this before he uses the jump, I always get them to throw a snowball from the jump’s takeoff, to their landing spot so that I can watch the arc of it.

Since I know where he is going to be, I can simply pre-focus the camera on the spot of snow right beneath him. Since my camera is essentially pointing horizontal, the plane of focus will rise perpendicular to the snow from that point, and the skier will be in focus.  An f/8 aperture gives me a reasonable margin of error as well.

Now things are much easier! As he hits the jump, I don’t have to worry about focus at all, it’s already set, as is the exposure.  I just have to focus closely on the skier’s body position so that I make sure to press the shutter button at the perfect moment. 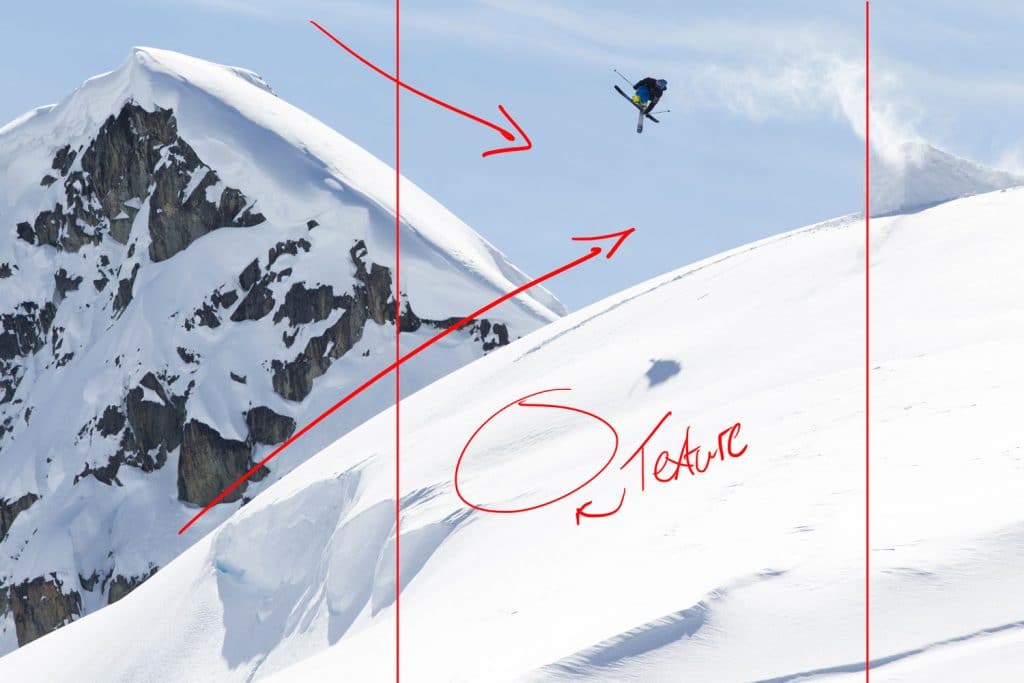 For this image my main concern was to position myself so that the moment of perfect body positioning on the skier mid-jump, occurred when the skier was equidistant between the jump, and the mountain in the background. As you can see, he’s central in that nice patch of blue sky. To adjust this positioning, I just had to move left and right on the ground until I was in the right place, and then raise or lower my position to raise or lower him in the frame.  I often use a tripod or monopod jammed into the snow so I can fix my position once I have it figured out.

The skier carries a lot of visual weight in the shot due to the nature of his activity, and the clarity of his positioning on the open blue sky background. This is balanced on the left side of the shot by the impressive mountain peak in the background, and the intersection of the foreground and background elements creates some nice leading lines which move you towards the skier since people will tend to “read” leading lines from left to right.  Overall, I’m very happy with the feeling of balance in this image, despite the high action, variety of layers and tricky bright exposure under a high sun.