Behind the Shot: Moonrise Over Vernazza 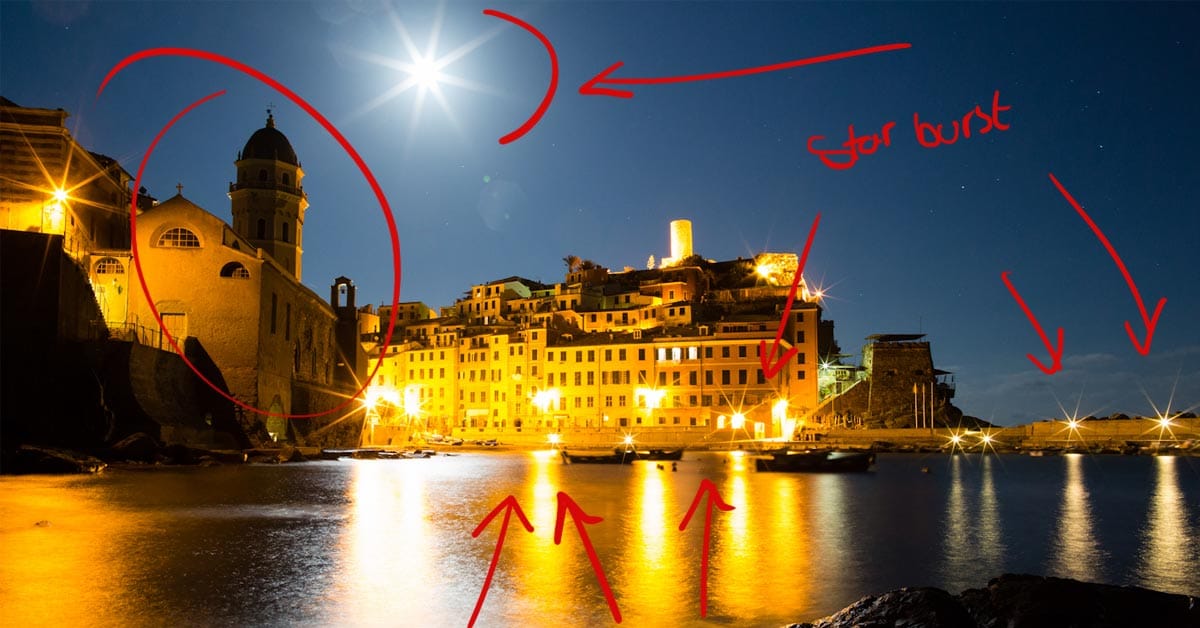 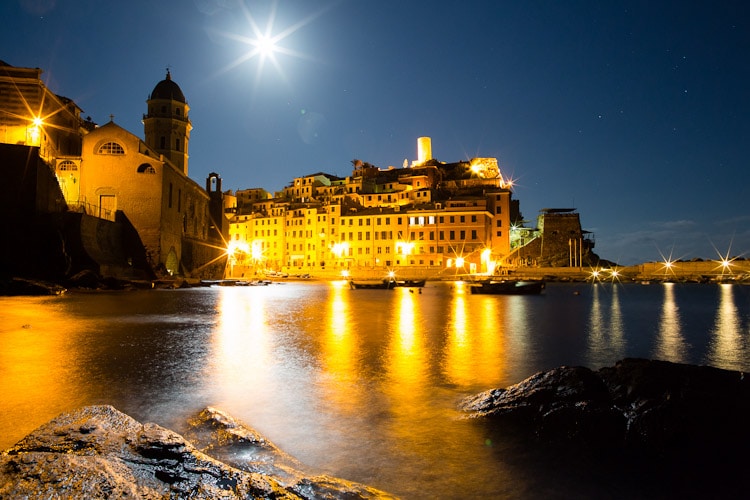 I took this photo on my first trip to this most enchanting part of the world. There’s a very good reason why photographers flock to this part of Italy: The food! Ok that was a joke, obviously it’s for the stunning coastal visuals, but seriously, the food is insanely good as well.

As the name Cinque Terre suggests, the area is predominantly 5 coastal villages, and Vernazza was the one I had chose to stay in during this visit. During the daytime you can easily access the other villages, but I was happy with my choice to make Vernazza my home base.

One evening I went out to do a little photography, and I really wanted to capture the full moon that was rising above the village.  I positioned myself in a place that would take in the moon, but also show some of the local architecture so that you instantly get a feeling for where in the world the photo was taken.  This is a very important aspect of travel photography.  You always want to try and get a sense of the location in the images so that they are distinguishable from your other travel photos taken in other locations.  In Vernazza, the church’s bell tower is probably the most eye-catching piece of architecture so I put myself in a position where that would be an important part of the image.

I also lowered the tripod down about as low as it would go to the water, and this helped to accentuate the interesting reflections from the lights in the harbour, which act as great leading lines to draw vision from the front of the image to the back. This low angle of view also allowed me to create some depth to the image by including some rocks in the foreground. The long exposure time then helped to smooth out the choppy waves and create a much calmer looking scene than was actually happening in real life. Exposure time was 20 seconds at f7.1 and iso 2000.

Almost nothing has been done to this image in post production.

One of the things I happen to really like about this shot is the huge contrast between the cool light of the moon and the warm light of the lights in the village. Sometimes when a white balance is just a little bit off it can look a bit weird, but when the two light sources have such vastly differing colour temperatures, as is the case here, I think the colour contrast provides strong visual interest.

Another important choice was made with the camera settings that I want to explain.  If you do some astrophotography then you’ll be used to using a lens at its widest aperture at night.  In my case with the canon 24mm lens, this would have been f/1.4.  Whilst this would have allowed me to use a lower aperture and hence get a sharper, cleaner image, an f/1.4 aperture would not have given me a very deep depth of field, and it also would have rendered the star shape of the moon and the lights more like wide balls of light instead of stars.  The smaller you make your aperture, the more pronounced the star shape of a light source will be. Obviously at night an f/22 aperture isn’t as practical, so I settled for f/7.1 after some trial and error to balance the exposure time with the desire for star-shaped light sources.