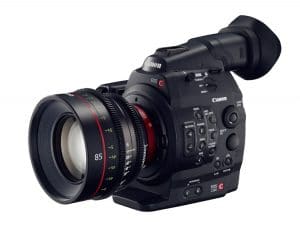 In the week proceeding the 2012 NAB show in Las Vegas, Canon have unveiled two brand new Cinema EOS cameras that take their new line right into the world of 4k video capture.  The C500 will build on the platform that the C300 launched on back in November 2011 but offer RAW 4k recording via 3G HD-SDI output and up to 120fps at 10 bit and 60fps at 12 bit. Back then I interviewed one of the technical developers from Canon and it was immediately obvious that this was just the beginning for them.  I don’t think that anyone would have expected them to push forwards with these developments quite so quickly though.

As well as the C500, Canon have also revealed the specification for the “4k DSLR” that was announced as in-development back in November.  Identical in looks to the EOS-1D X, the new EOS-1D C adds the ability to shoot up to 4K video to the on board CF cards but maintains all of the impressive photo specification of the 1D X.  With this Canon have created the ultimate multimedia imaging tool.  The ability to shoot RAW 18MP images up to 12fps AND shoot 4K video on a sensor larger than super 35mm sized is simply unparalleled in any other camera though the projected $15,000 price tag will keep it sadly out of the hands of many people. 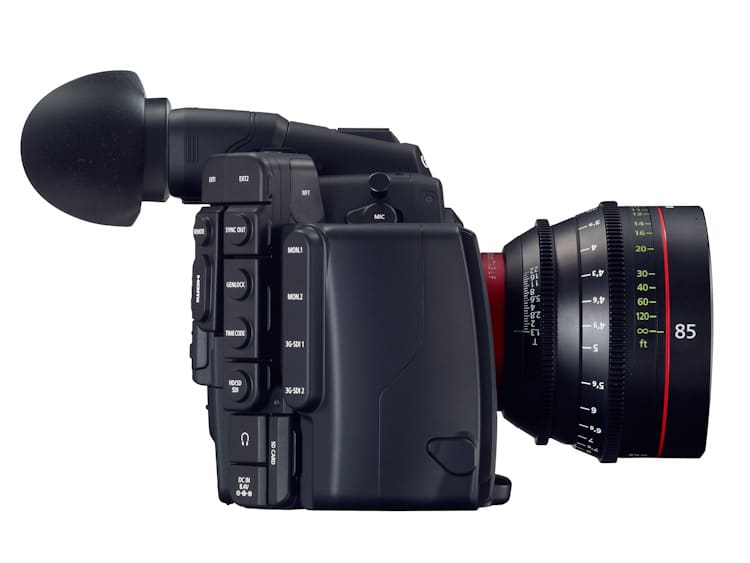 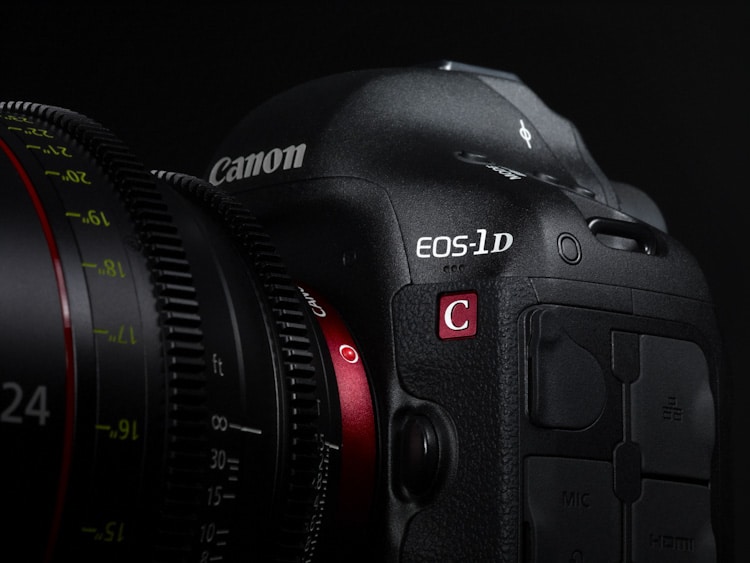 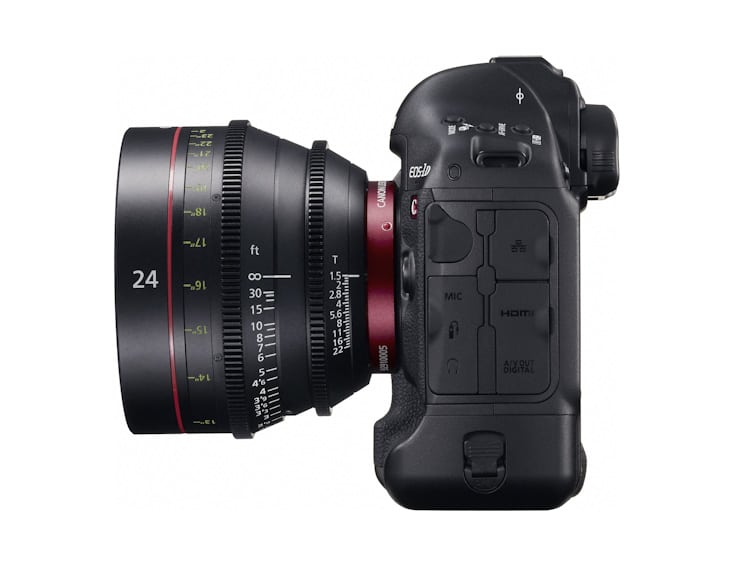 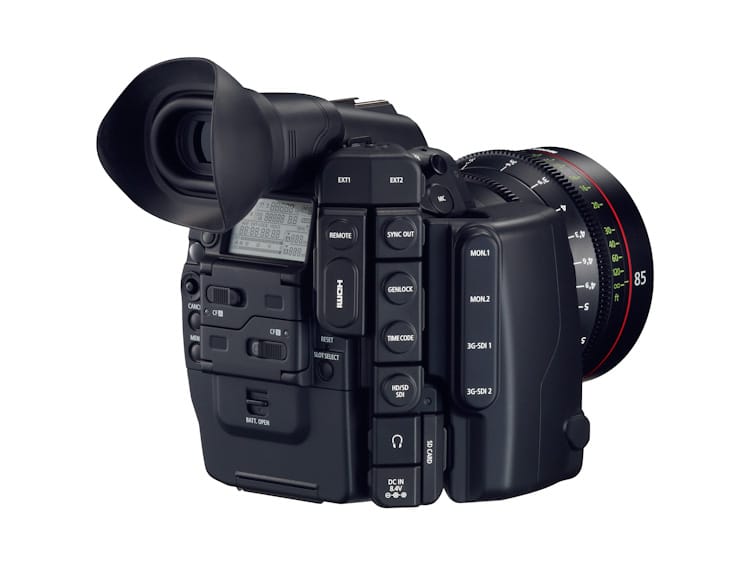 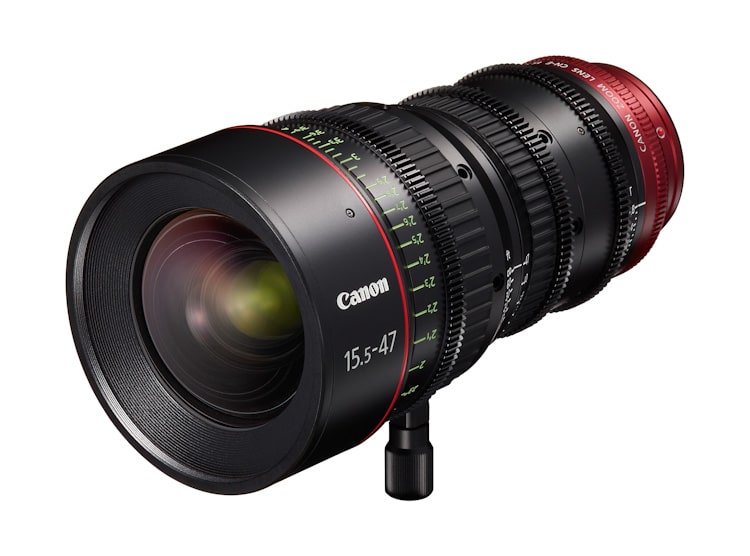 In addition to compatibility with industry-standard Super 35 mm-equivalent cameras, the four cinema zoom lenses will also offer superior flexibility. Each lens will feature a compact, lightweight body supporting a wide focal range, making them ideal for handheld shooting. Combined with the Canon’s existing high-end EF Cinema primes, the new lenses will offer a greater variety of creative possibilities for video professionals of all types.

Prototypes of the new cinema zoom lenses will be on display at NAB 2012, one of the world’s largest events for the video, broadcasting equipment and digital media industries. NAB 2012 will take place from April 16 to 19 in Las Vegas, USA. 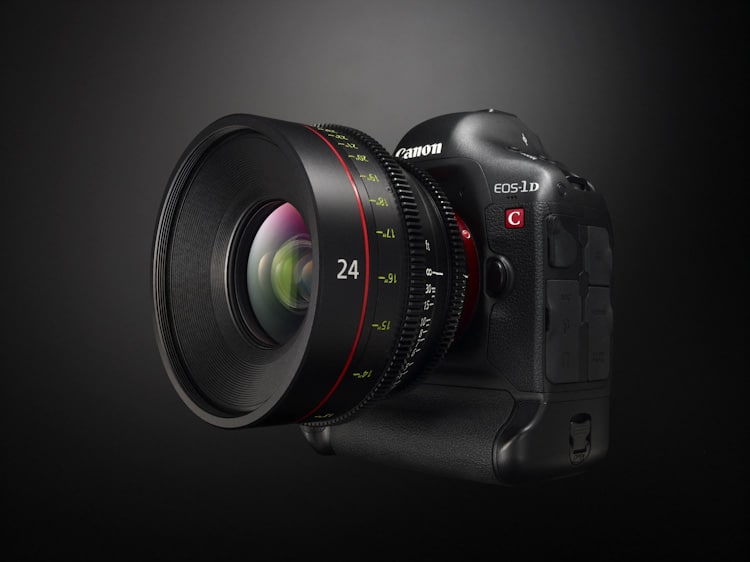 “The Canon EOS-1D C digital SLR camera was designed in response to the needs of filmmakers, television producers, and other high-level motion-imaging professionals,” stated Yuichi Ishizuka, executive vice president and general manager, Imaging Technologies & Communications Group, Canon U.S.A. “Not only does it combine 4K and Full HD video capture with a convenient design, its use of dual CF cards also offers an efficient workflow compatible with today’s post-production requirements.”

Creative Control
The Canon EOS-1D C digital SLR camera incorporates Canon Log Gamma to enable the recording of high-quality video with rich gradation expression, making possible the type of impressive image quality required in motion pictures by maximizing both highlight and shadow detail retention while also providing a high level of color-grading freedom. The EOS-1D C’s full-frame 24 x 36mm 18.1-megapixel Canon CMOS sensor makes possible a wide range of creative imaging expression, such as image-blur effects. Additional features include an expanded sensitivity range of up to ISO 25600 for exceptional motion-imaging results with reduced noise even in low-light settings. The camera’s ability to record 8-bit 4:2:2 4K and 8-bit 4:2:0 Full HD video to CF cards eliminates the need for an external recorder and enables workflows with increased mobility. If desired, however, captured video (excluding 4K video) can be output from the camera’s HDMI terminal to an external recorder using an uncompressed YCbCr 8-bit 4:2:2 signal.

4K video is captured by an approximately APS-H-sized portion of the full image sensor, while Full HD video can be captured in the user’s choice of two different imaging formats:

1. The standard Full HD setting captures the full 36mm width of the CMOS sensor to achieve the largest possible angle of view for any compatible lens.
2. An optional Super 35 crop setting enables cinematographers to match the industry-standard imaging format and angle of view achieved by traditional motion picture cameras. This enables video footage from the EOS-1D C camera to more closely match the look of footage from other cameras in multi-camera shooting environments.
Other useful video-related features on the EOS-1D C DSLR include a built-in headphone jack for real-time audio monitoring, and the ability to view the camera’s LCD even when the HDMI port is connected to an external monitor. The EOS-1D C camera uses the same LP-E4N battery pack as the EOS-1D X, and it can also be powered by an optional AC Adapter Kit.

The EOS-1D C camera ships with Canon software applications including EOS Utility, which enables various camera settings to be adjusted from a PC, and Picture Style Editor. These two personal computer applications enable users to view the camera’s live output on an external monitor1 and adjust the image in real-time to maximize shooting and post-production efficiencies. The software also ensures no loss of quality for 4K/Motion JPEG and full HD/60p video displayed on the external monitor, and it enables video shot with Canon Log Gamma to be output on the monitor with video gamma applied.

Versatility and Value
The Canon EOS-1D C camera can be used to capture still images with more than 60 interchangeable Canon EF and EF Cinema Lenses, all of which are designed to deliver exceptional image quality to maximize the potential for creative visual expression. The compact size and lightweight design of the camera make it easy to carry so it is highly mobile for convenient shooting inside automobiles and other confined spaces. Its compact size also enables peripheral equipment such as rails and cranes to be more compact, which can facilitate smoother handling and reduced costs on-set. The camera’s low-light capabilities can also help to minimize lighting costs and increase versatility for lighting. For added usability, record start/stop can be remotely controlled by EOS Utility Software via an optional Canon WFT-E6A Wireless File Transmitter.

The Canon EOS-1D C digital SLR camera is scheduled to be available within 2012 at a suggested retail price of $15,000.

LAKE SUCCESS, N.Y., April 12, 2012 – Canon Inc. is developing two digital cinematography cameras as part of its acclaimed new Cinema EOS System of professional cinematography products. Designated as the Cinema EOS C500* for use with EF-mount lenses, and the Cinema EOS C500 PL* for use with PL-mount lenses, the cameras will be capable of originating 4K (4096 x 2160-pixel) resolution digital motion imagery with uncompressed RAW output for external recording, in response to growing expectations for higher levels of imaging performance in premium Hollywood films and other production markets requiring the utmost in picture quality.

The 4K imaging format is emerging as the new standard for advanced effects and post-production in Hollywood, and it is particularly important for big-budget motion pictures that include scenes compositing live-action cinematography with high-resolution computer-generated imagery. The Cinema EOS C500/C500 PL digital cinematography cameras will not only support 4K-resolution video but also outputs this as a 10-bit uncompressed RAW data stream with no de-Bayering.  The cameras offer the additional versatility of being able to output quad full-HD (3840 x 2160), 2K (2048 x 1080), full HD (1920 x 1080), and other imaging options. All of these digital image source formats fully conform to established SMPTE production standards.  All 4K formats can be selected to operate from one to 60 frames per second.  The cameras employ a 12-bit RGB 4:4:4 signal format during 2K output, which can be selected to operate from one to 60 frames-per-second (fps) as well. If switched to a 10-bit YCrCb 4:2:2 mode, the camera can operate up to 120 fps.

Further details regarding the Cinema EOS C500/C500 PL digital cinematography cameras – including specifications and pricing – have yet to be decided, although preliminary plans are for a suggested list price of approximately $30,000†. Plans also call for these new products to be launched later this year. In addition to targeting a swift launch of these cameras, Canon will continue to enhance other components of its Cinema EOS System product lineup, which is designed to contribute to the continued advancement of tools for visual expression and the development of cinematic culture.

Canon will display a prototype of the Cinema EOS C500 digital cinematography camera at the 2012 NAB Show in booth C4325 at the Las Vegas Convention Center from April 16 to 19.