Will we see a Canon 1dMKV in the near future ? Getty photographer drops a clue….?

Getty images sport’s photographers are amongst the best in the world and it’s a known fact that Canon and Nikon seek their opinions on various aspects of new products and often lend them new equipment for testing prior to the official launch.  I follow a number of Getty’s top shooters on Twitter and an interesting conversation popped up today between a few of them.  Richard Heathcote has been lent one of Canon’s new 400mm f2.8 MKII lenses to try out.  Check out his photo of it below which reveals a new style hard case and new style of lens cap for the upcoming MKII super tele lenses from Canon.  Richard even confirms on his twitter account that he used a pre-production version of the 400mm lens last year.

The interesting part of the conversation comes when fellow Getty sports photographer, Clive Mason, who is also a Canon shooter, chimes in to ask his colleague if he was using the 400mm on a MKIV or a MKV for a recent soccer game at Arsenal…… It seems that Clive Mason has recently switched back from Nikon to Canon.  I wander if there was a particular reason for the switch?  Clive is one of Getty’s top sports photographers so I’d wager he has tested pre-production equipment from Canon in the past.  Could we see a Canon 1dMKV in August ?  Perhaps a full frame sports camera? 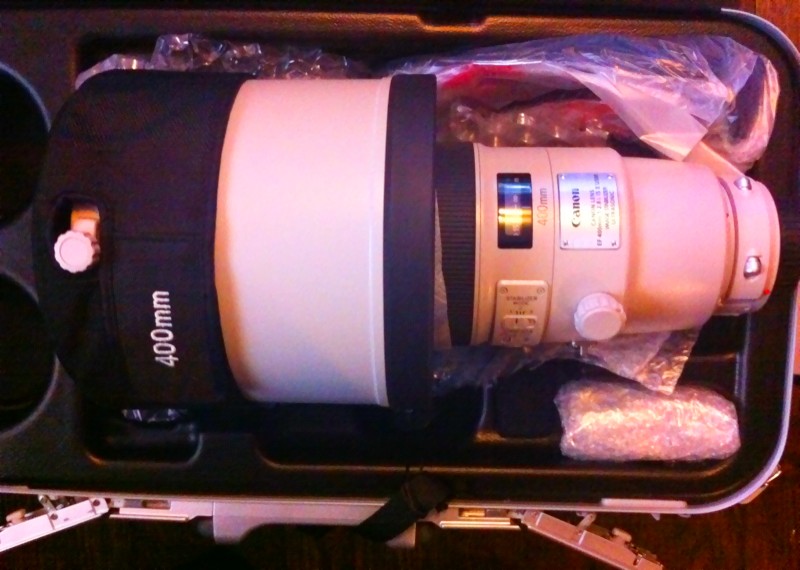