Hands On With Canon's XA10

Hands On With Canon’s XA10

This little camera was announced a few months back and is now shipping.  I was initially surprised to see so many of these floating around the show, they were everywhere!  People were using them to report on the show and many exhibitors had them on their stands demonstrating their gear such as head, LED lights and pretty much any other excuse they could find to have one on their stand.  So what gives ?!  I had to have a play…..

The XA10 is TINY !  Even next to the relatively small x100 or x105 and it weights just over 1lb.  For that you get a neat little package for 1080p recording with dual SD card slots , touch screen and twin XLR ports for pro audio among other things.  It appears to have decent low light abilities and when it’s far too dark it has infra red mode.  At $2000 it’s a low end pro model but it seems to be incredibly popular and I think if you wanted a camera for behind the scenes coverage or show coverage of something like NAB it would work very very well with a nice microphone attached to it. 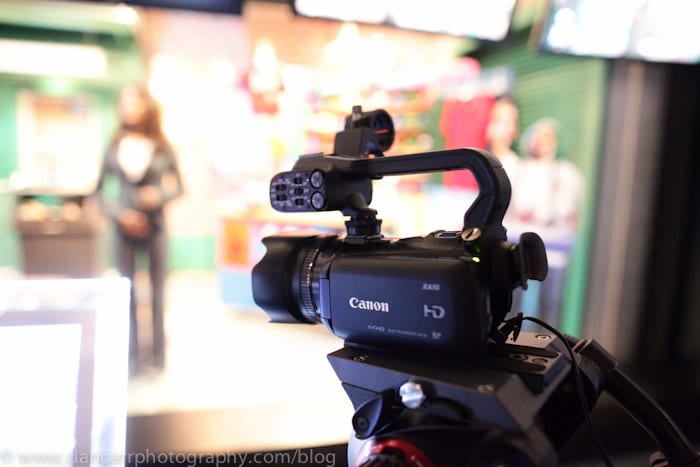 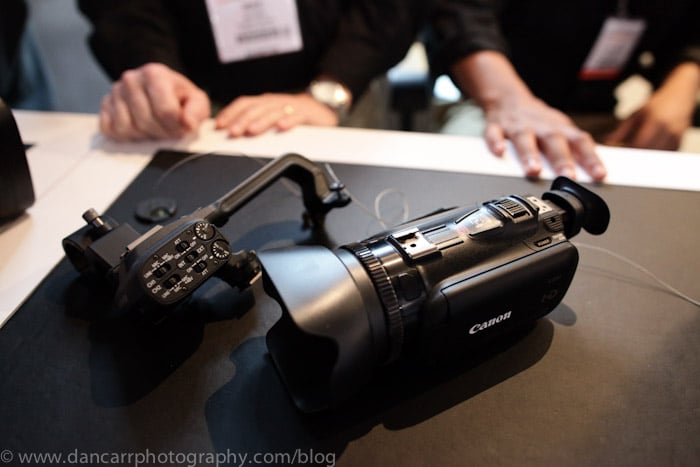 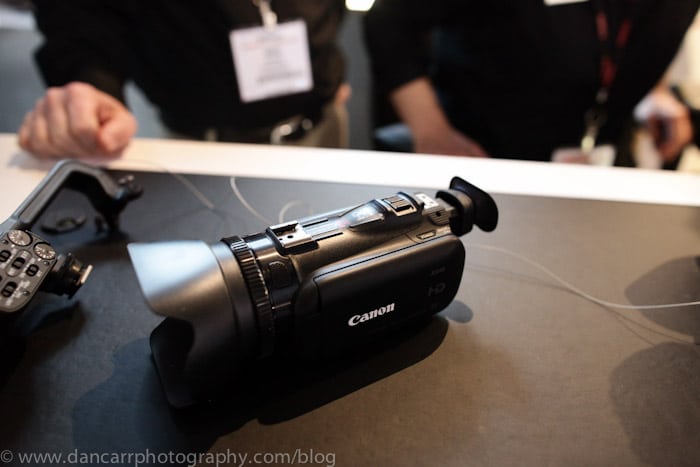 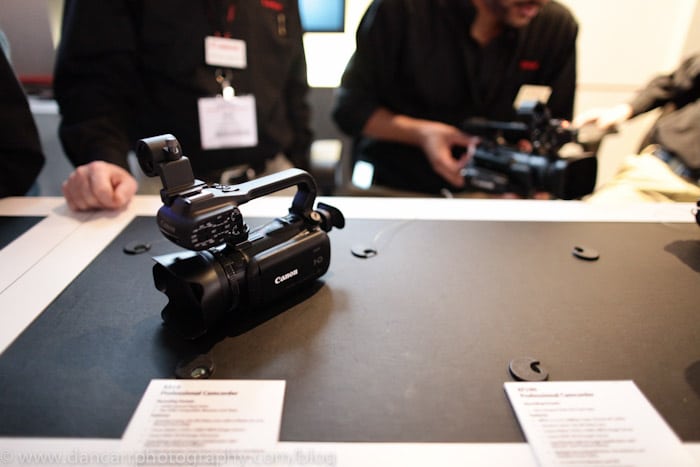 Canon delays three of its new lenses until March 2011 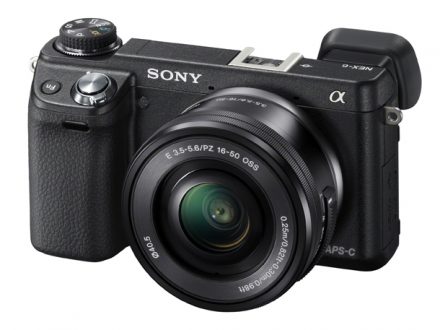