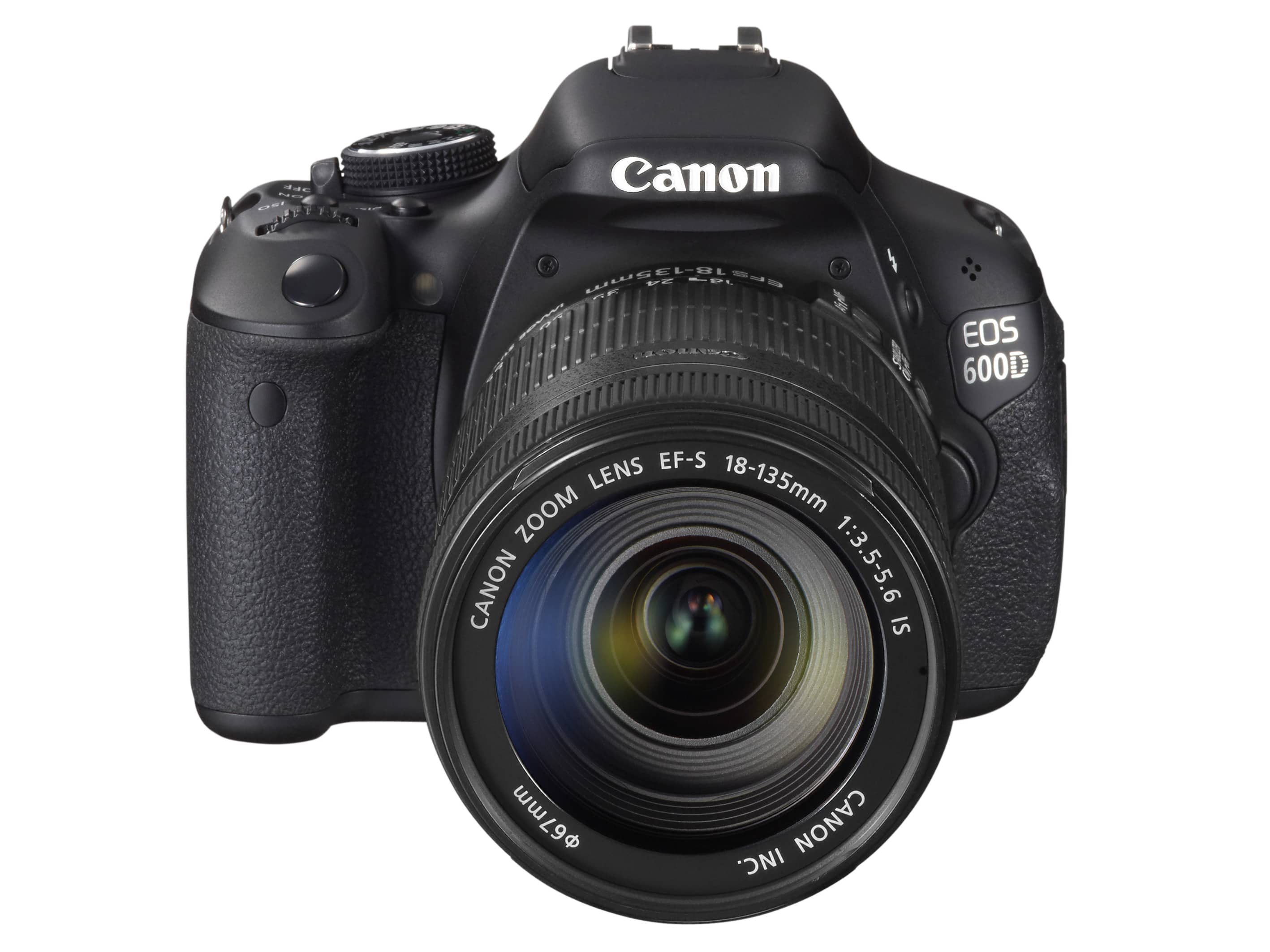 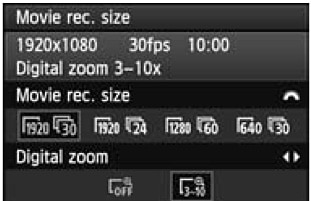 In Feb. 2011 Canon launched the Rebel T3i.  Occasionally consumer level products offer a sneak peek at something which may filter up to pro gear in a more refined manner.  The T3i, or 600D depending on where you live has one such interesting feature.

The feature in question is called Video Digital Zoom.  Now before you all yell BLEUGH …. digital zoom sucks… bare with me.  Yes in general digital zoom does suck so this feature comes with some caveats.  Unfortunately Canon has not provided any information on exactly how they are implementing this zoom mode so there is a certain amount of educated speculation going on here.  On the video page of the T3i menu you will see a new option labeled 3-10x.  It can only be selected when you are in 1080p mode so no slow mo 60p digital zooming just yet.  Once selected, you have to press the Disp. button on the back of the camera and then hold the zoom in or zoom out button.  The minimum zoom is 3x.  In other words there is no range between 1x and 3x , it just jumps straight to 3x.  From 3x to 10x the camera will perform a smooth zoom whilst holding the buttons described.  Of course that in itself is not too helpful as you have both hands touching the camera at extreme zoom levels so it’s going to be very shaky.

Below is a video example recorded using this new function so you can judge the quality for yourself.  To me, the quality at the 3x level is looking pretty darn good and as soon as you zoom in from there is drops off to pretty darn useless very quickly.  But having a good 3x zoom function is nothing to be sniffed at. 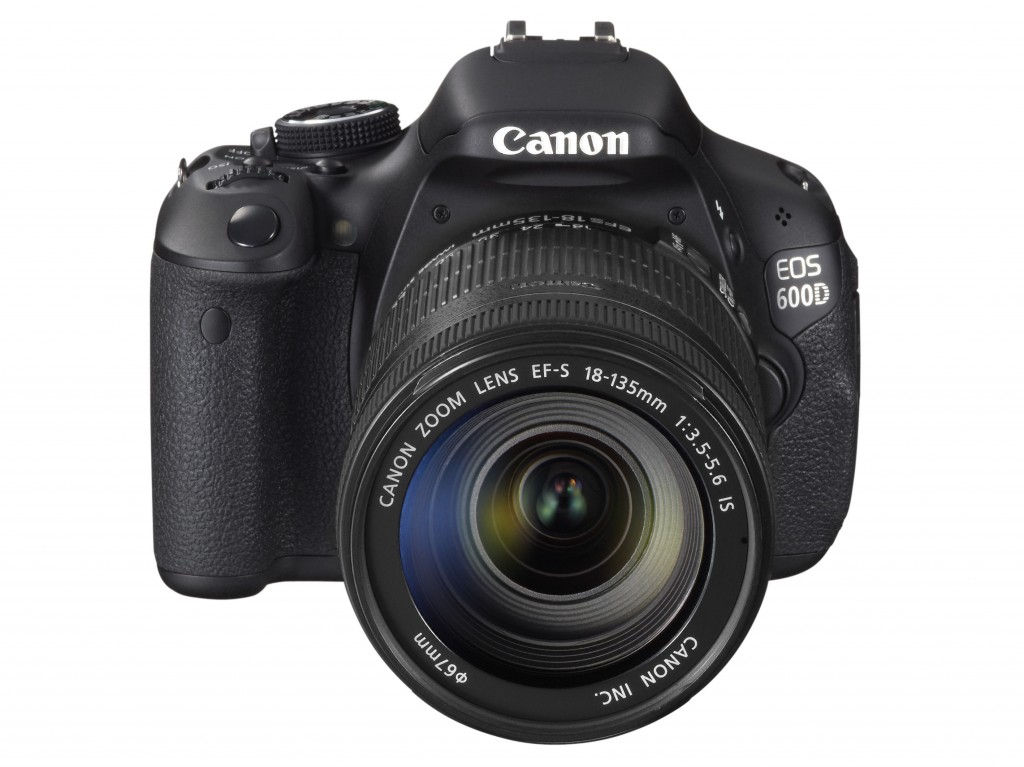 Here’s what I think Canon are doing here:

But the video is obviously only 1920 x 1080 pixels and we know that through a process called pixel binning that is how they record the 1080p video from a sensor that has more pixels that needed.  But what if they were to only record the video from the 1920 x 1080 pixel rectangle that was in the middle of the 5184 x 2916 sensor ?  In theory this would be good quality as it would not have be “binned” but it would create a zoom effect.  How much though ?  Time for a bit of math. 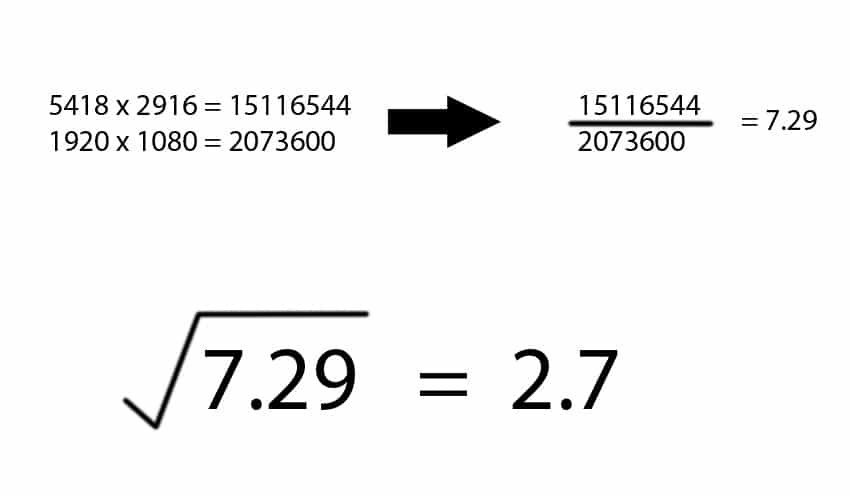 o if you took just the central area of the T3is sensor you would in fact be creating an image that has a 2.7x zoom applied to it.  Now whilst the menu option does say 3-10x , Canon literature states that the zoom is “approximately 3x”.  My guess then is that it’s actually 2.7x at the minimum.  In this case, at the low end there is really no actual digital zooming taking place, that merely comes into play as soon as you begin to zoom from 3x to 10x.  You can see a very quick drop in quality in the video as soon as you do this.  The ladybird example even has the advantage of decent lighting.  In a high ISO situation this result looks much worse as the digital noise is also magnified, not in effect but in actual size!  Whilst the range between 3 and 10x is fairly useless for applications where image quality is very important, it does look like you can get a decent result at the lowest setting and you could still optically zoom if you were using a zoom lens on camera.  Will we see this function in newer Canon cameras? Maybe. And it makes me wander about potential application on other cameras like the RED Epic too.  That camera features a sensor that shoots at 5k , presumably they could also , with a firmware update, implement some sort of lower resolution recording at a zoomed level.

Other things to know about Video Digital Zoom: