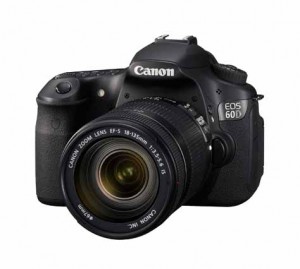 Today Canon has upgraded their ever popular XXD line, replacing the 50D with the 60D.  The specs indicate that this is a little more of an upgrade than the previous ones in this particular lineup so this is a big announcement for Canon.  First off here are the important specs, with particularly interesting ones in bold: ( NB the 60d is now available for pre-order from Amazon.com here)

So what are we seeing here then ?  Well video was obviously going to be added as that is the norm these days.  All the frame rates of the 7d are there but you also get the manual sound options of the 5dMKII.  That is a little unexpected and the 7d owners will not be happy about that !  Wireless flash control is a great feature that has trickled down from the 7d too.  But the big feature here is obviously the swivel screen.  Now this is interesting, one half of the market has been demanding this and one half seems un-interested.  I quizzed some of my readers about this earlier and the resounding response was that they didn’t want to have the swivel screen , just something extra to break.  Now granted a lot of my readers are action and adventure sports photographers but I was still surprised by the underwhelming response to the screen.  It seems that people are worried about its durability and also the potential for moisture to get in there due to all the extra seams and moving parts.  Another notable change is the move to SD cards from CF cards and again this seems to be a feature aimed at the lower end of the market.  I used to know a lot of semi-pro photogs using the 40d or 50d, but it really seems like Canon are trying to push a gap in the lineup and make the 7d the camera of choice for the part time professionals, and have the XXD line be for high end amateurs.  For the projected $1099 price though you are getting a huge amount of features and no doubt a camera that is very capable of making great images and recording beautiful video.  In fact some folks who just want to make videos may be torn between the 60d and the 7d.  The 7d has dual digic 4 processors where the 60D only has one.  The result of that ?  Well the high ISO noise reduction will be better on the 7d.  But honestly unless you need a more rugged body for professional work , then for video the 60D might be the way to go with that flip out screen.  Unless you plan on using it with a viewfinder like the Zacuto Z-Fsinder which would not allow you to flip it out.  Still photos is another matter though, once you take into account the better AF system of the 7d, the much higher FPS and better low light capabilities the 7d wins hands down over the 60D for photos.  As it should do with the price gap between them.

The 60D will be available towards the end of September for approx. $1099.  Amazon already has the 60D up for pre-order here.  B&H will keep you informed when all of these new items become available for purchase

UPDATE: Adorama had the 60d up for order now 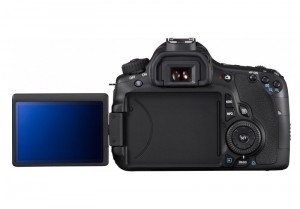 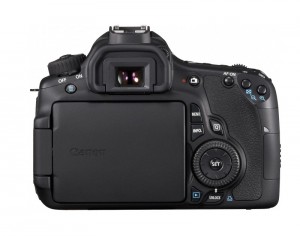 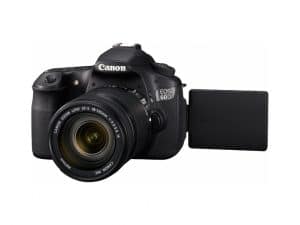 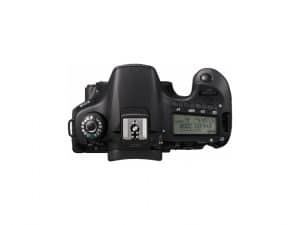 With an 18 Megapixel APS-C sensor, the EOS 60D offers high levels of detail and a magnification of 1.6x the focal length of the lens to capture poster-size images in a variety of aspect ratios*1. Canon’s powerful DIGIC 4 technology rapidly processes image information captured from the CMOS sensor’s four-channel output, providing outstanding colour reproduction, as well as high-speed shooting at 5.3fps in bursts of 58 full-resolution JPEGs.

A standard ISO range of 100-6400 is extendable to 12800, providing smooth images with minimal noise in low light conditions. A 9-point, all cross-type autofocus (AF) system also provides swift and accurate focusing, with an extra-sensitive centre point for lenses faster than f/2.8, allowing photographers to artistically employ a shallow depth of field during portraiture or for more atmospheric shooting.

The EOS 60D features Canon’s iFCL metering system, first introduced with the acclaimed EOS 7D, with a 63-zone Dual-Layer sensor. Information on subject location is gathered from the Auto Focus system, and is combined with colour and luminance readings for consistent accurate exposures whatever the situation. The Integrated Speedlite transmitter also provides in-camera control of multiple EX flash units for more creative lighting.

Shoot from all angles

A new 7.7cm (3.0”) Vari-angle wide LCD monitor features a 3:2 aspect ratio and a 1,040k dot resolution, providing added flexibility and allowing photographers to view their images in incredible detail. The Vari-angle wide LCD helps frame shots from difficult angles, and can be positioned with Live View enabled to achieve the desired composition if shooting isn’t possible using the viewfinder. The ability to capture wildlife portraits, overhead shots or ground-level photography is instantly enhanced, and the surface of the screen features an anti-reflective, water-repellent coating to protect the screen allows easy viewing in bright light and from a variety of angles.

A new Basic + function makes it easy for photographers to add their own creative touch to images without worrying about changing settings. Photographers can add ambiance to a scene by shooting according to lighting and scene type, with Portrait, Landscape, Close-Up, Sport, Night Snapshot or Creative AUTO modes all available. Different effects can be achieved by shooting with Basic + enhancements such as Daylight, Cloudy or Sunset or pre-set Picture Styles including Vivid, Soft, Warm or Monochrome.

Designed to provide power for those who wish to extend their creative vision, the EOS 60D features a host of new functions that help capture better images and in-camera effects to add an extra dimension. The powerful DIGIC 4 processor supports in-camera RAW image processing, allowing photographers to edit settings such as brightness, contrast, white balance or correct distortion or chromatic aberration. The edited image can then be resaved as a JPEG, ready to be printed or uploaded to a PC or the web.

For photographers who want to add post-production effects to their images without the need for expensive software, the EOS 60D also features a range of new creative filters that can be applied in-camera. Filters including Grainy B/W, Soft Focus, Toy Camera Effect and Miniature Effect provide images with a different feel, allowing photographers to create a themed collection – using Grainy B/W to give images a reportage style, for example – or easily smooth skin tone in portraits with Soft Focus.

Offering photographers the freedom to go beyond stills, the EOS 60D captures 1920x1080p HD video with a variety of user-selectable frame rates, including 30, 25 and 24fps, as well as 720p video at 60 and 50fps. Movie Crop mode is also available, recording with the central 640×480 pixel area of the sensor to create an effective magnification of approximately seven times the focal length of the lens.

Full manual control in Movie mode allows photographers to employ their own exposure and focus settings and take advantage of the effects achieved from Canon’s wide range of EF lenses. An external stereo microphone terminal and the ability to adjust sound recording level ensures the audio track recorded matches the visual quality of the video, capturing broadcast-quality sound.

For those who want to share images with friends and family, an integrated HDMI port is compatible with Consumer Electronics Control (HDMI-CEC), allowing video and images to be viewed on any compatible HD-ready TV and controlled via the TV remote.

The EOS 60D features a completely redesigned body, combining an ergonomically enhanced, curved shape with a new button layout to make it quick and comfortable for photographers to change settings. Frequently used camera controls are grouped together for easy access, while the Quick Control Dial, Multi-controller and SET button have all been merged into one Multi Control Dial, enabling photographers to operate menus and enter settings quickly using their thumb. The mode dial also features a lock button, preventing unintentional changes to settings mid-shoot.

A dedicated Quick Control access button allows photographers to instantly reach the most common shooting settings and playback controls. Customising the functions of a number of buttons is also possible, allowing photographers to tailor the camera to suit their individual needs. To help achieve landscapes with perfectly level horizons, a horizontal Electronic Level can be displayed in the viewfinder or in Live View to assist composition and remove any potential need for post-production correction.

The EOS 60D is one of the latest Canon models to support high-capacity SDXC memory cards, providing up to 2TB of available space, allowing photographers to keep shooting HD video and full resolution RAW and JPEG stills without changing cards. For better management of larger image libraries on the camera, EOS 60D photographers can add a rating of 1 to 5 to their favourite images, allowing them to be easily located and viewed on-screen. Once transferred from the camera to a PC, the tags can also be viewed using a number of image editing and management programs, including Canon’s DPP software.