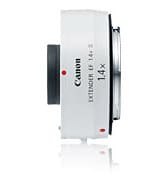 Among the other Canon announcements today Canon also released details of upgraded versions of their teleconverters.  There isn’t a lot to comment on here as there are no major feature updates.  They have been re-styled slightly to fit in with then look of the new super teles, and they also have the magical Canon coating on the elements that reduces flare.  Between version 1 and version 2 of the teleconverters there was only a very small improvement so it will be interesting to see if there is a bigger step up to version 3.  Nikon made some significant improvements with their TCs last year so it would be great to see something similar. One thing that has me curious though, the previous TCs were designed to work with the older big white lenses and these designed for the newer.  So will the new ones work as well on the new lenses as the old ? We will have to wait and find out!

They are expected to ship in December for $500 each.  B&H will keep you informed when all of these new items become available for purchase

London, 26th August 2010 – Canon today unveils two lens extenders designed for its L-series range of new super-telephoto lenses. Designed for photojournalists, nature and sports photographers who need to get close to distant and challenging subjects, the Extender EF 1.4x III and Extender EF 2x III increase the focal length of a lens by a factor of 1.4x and 2x respectively while still delivering superb image quality. To ensure the best possible image quality in all shooting conditions, they also combine enhanced environmental protection, redesigned optics and improved data communication between lens and camera. 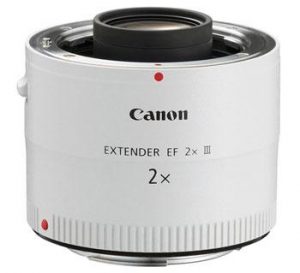 Allowing professional photographers to shoot distant subjects without having to carry a number of heavy lenses with them, these new extenders ensure there is no compromise on image quality. The Extender EF 1.4x III features three lens groups of seven elements, and the Extender EF 2x III features three groups of nine elements, ensuring improved optical performance. All optical elements use Canon’s Super Spectra coating, reducing ghosting and flare to minimise post-processing requirements. A new Fluorine Coating on the front and rear elements makes marks, such as spots left by water or fingerprints, much easier to clean than standard coatings.

To facilitate the accurate transfer of imaging data between the lens and camera body, both models feature an integrated processor which ensures all focusing, metering and ID information is available – allowing the photographer to capture crisp, well-exposed images. When combined with the latest range of premium Canon L-series lenses, these extenders enable higher AF accuracy compared to previous generations, ensuring professionals achieve perfectly sharp shots, even when capturing moving subjects. 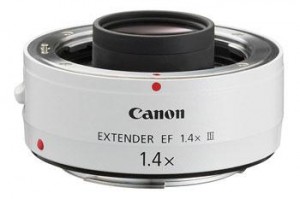 The Extender EF 1.4x III and Extender EF 2x III have been designed to complement the latest range of L-series lenses, matching their appearance and offering a visible differentiation from previous models. A carefully positioned lens release mechanism also makes it easy to mount the extenders quickly, reducing the time that the camera and lens are exposed to the environment. The extenders offer the exceptional build-quality expected from Canon’s professional products, and are resistant to both dust and water, allowing photographers to use them in extreme shooting conditions.