Users of pocketwizards and Elinchrom or Alien Bees flashes rejoice! A couple of days ago Pocketwizard announced a couple of pretty cool sounding new products. The PowerST4 and the AC9 adapter for Elinchrom and Alien Bees strobes respectively. They both work in different ways so let me break it down differently… 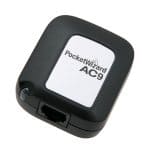 Firstly if you have just purchased the new Paul C Buff Einstein lights let me break your heart now and let you know the AC9 does not work with those lights (though intriguingly Paul himself has hinted that there is something else in the works that we dont know about yet). The new AC9 works by connecting a TT5 transceiver to the RJ11 jack on the Alien Bees and White lighting strobes, the Einstein lights do not support the RJ11 and instead communicate using a transceiver.

The recommended pricing for the AC9 is $55 BUT you need to pair it with a TT5 transceiver for it to work. These currently sell for about $230 so if you don’t already own a TT5 the system is going to set you back $285 which is pretty steep but it has potential to save you a lot of running around during a shoot. Thankfully the Elinchrom solution is much cheaper but I’ll get to that in a bit. Plugging the AC9 into the hot-shoe on top of your TT5 and connecting it to the RJ11 jack on your Alien Bess light enables you to remotely control the power on your strobe so long as you are using a MinniTT1 transmitter or a FlexTT5 transceiver as the transmitter on your camera. 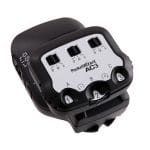 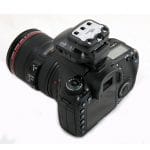 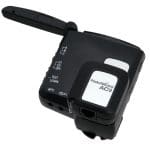 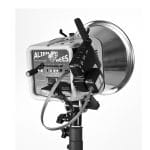 By adding a Pocketwizard AC3 Zone controller to the transmitter on the camera, you can actually control the power of up to 3 groups of flashes. Very cool. If you do not wish to use the zone controller you can simply use the flash exposure compensation dial on your camera to control just one light or one group of lights. Pretty clever implementation. But it doesn’t stop there, the clever boffins at LPA designs have gone one further by introducing a sort of pseudo TTL functionality to the whole affair. They call it power tracking. Basically what you have to do it get the initial exposure correct yourself. Once you have done that you can have the pocketwizard automatically compensate for any changes you make on the camera, to create the same final exposure. If you change your ISO or aperture, the AC9 will automatically send a signal to the flash and adjust it’s power accordingly to produce the same exposure on your image.

A final party trick for the AC9, it requires no batteries and simply takes its power from the TT5 which is sweet because there is nothing I hate more than forgetting to turn off a receiver and finding it flat when you show up to your next shoot! One less thing to worry about. 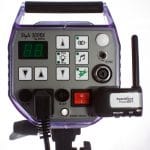 Now on to the new receiver for Elinchrom Strobes. You’ll notice I called this one a “receiver” and that indicates the first bit of good news. The Power ST4 does not require you to use it in conjunction with a TT5 transceiver, it can handle the receiving all on its own. RRP for the ST4 is $120 but not needing a TT5 makes this solution half the price of the Alien Bees one. That’s good news for me because I shoot with Elinchrom gear. Much as I smashed the dreams of the Einstein strobe owners though, I’m afraid I have to do something similar again. The Power ST4 will not work with your shiny new Elinchrom Ranger Quadra RX that you just bought. The ST4 works by plugging into the remote socket that is found on many Elinchrom flashes, unfortunately the the new Quadras have a built in skyport receiver and as such, do not have the needed remote socket for this to work. 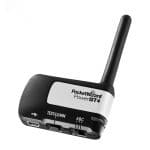 If you have any of the other Elinchrom strobes though you can do a little dance now as you will be just fine. The ST4 is backwards compatible with all previous Pocketwizard transmitters so even if you just want simple triggering from a standard PW PLUSII on your camera then the cheap ST4 provides a good solution. If you want to have the remotely adjustable power options you will need a TT1 or TT5 on the camera as with the AC9, and things are run the same way by using the flash compensation dial or adding an AC3 to control multiple flashes all at once. You can also set the zone of the receiver so a Multimax zone system can be used too.

The ST4 is powered directly by the battery pack and the firmware is totally upgradeable using the USB port. The low profile of the ST4 is another appealing feature. Hopefully the usable range on the receiver is good enough to make this as useful a product as it sounds. As an owner of a couple of Elinchrom products (and a big bag full of pocketwizards) i’m going to try my hardest to get hold of one of these PowerST4s for review so stay tuned.