As I blogged about the other day, there’s been a lot of speculation about this camera for a few years and today is finally the day that Canon have announced the elusive 7D.

It fits into an entirely new position in their SLR lineup, right between the current 50d and the 5dMKII and comes in at the VERY attractive price point of $1699 US or $2099 CDN for the body only.

Canon has made some extraordinary advances with this camera and I think it’s going to be a huge bit with action sports and adventure photographers such as myself.Â  Having a camera that shoots with the speed of a 1-series camera but in a smaller, lighter package is something I have dreamed of for a long time.Â  There are a few subtle differences in there too which are quite exciting.Â  The 19-point focus system has all 19 points as more accurate cross-type sensors with lenses of 5.6 and up.Â  Great news for people using f4 lenses, the old system only had cross-type function for lenses of 2.8 and up.Â  This should mean greatly improved autofocus speed and tracking even if you are using a teleconverter on an f4 lens. The LCD overlay on in the viewfinder sounds like a great way to display info too.Â  Canon have also finally added ETTL control of external flashes meaning no more ST-E2 transmitter to remotely control and trigger external Canon flashes.Â  I might finally get some use out of my old 580EX now! 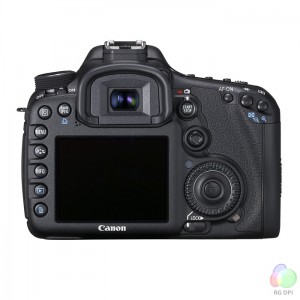 As you can see from the photos there are several ergonomic changes too.Â  A dedicated button for liveview and video recording is a welcome addition and also a programmable button next to the shutter release which can be assigned to any function such as mirror lockup.

Cramming 18 megapixles into a 1.6 crop sensor has a few people worried though, this has by far the biggest pixel density of any camera out there right now but has apparently been done with some new technology and should not effect the noise levels.Â  I guess we’ll have to wait and see on that one….

For me this is an exciting introduction.Â  It improves on my current 1dMKIIN in nearly every way and does so in a package that is half the size.Â  Alongside my 5dMKII this will make a formidable combination and I have already added myself to the waiting list to receive one of these cameras as soon as they come into Canada in about a months time.