Photo of the week – Yuta Ueno 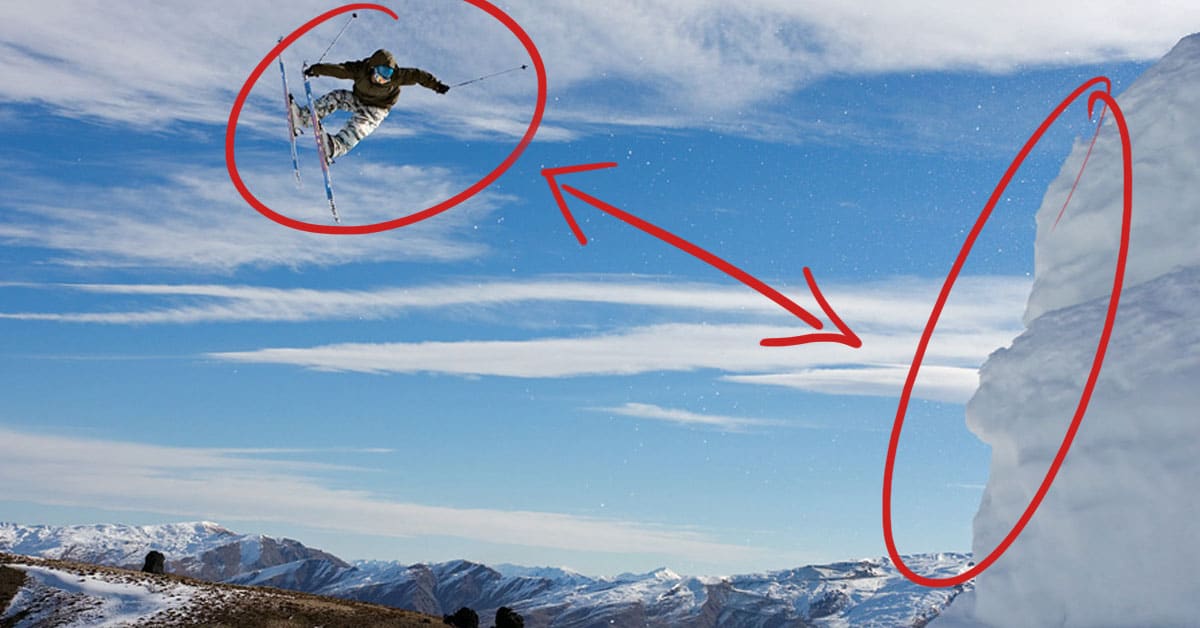 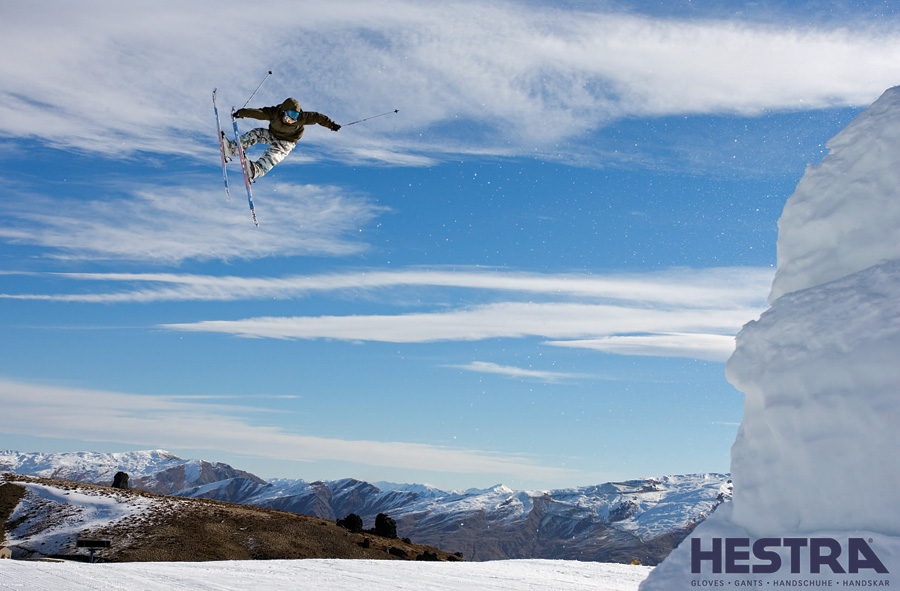 This shot is a fairly typical scenario in the action sports photography world – an athlete performing a trick off a jump. I’m going to use this example to underline two very specific points that are important for ANY ACTION SPORT, not just skiing.

You’ll notice that in the bottom of the frame I have included a small amount of the ground and this allows us to gauge just how high the skier is in the air.  Without that little piece of visual information, this shot would be called a “guy in the sky” shot, and they’re frowned upon by endemic media because it really give no clue as to how impressive this is. Remember that with action sports, a lot of the interest in the photo comes from depicting something that you and I would probably never want to do ourselves, that’s what gives it the WOW factor.  If you didn’t include the ground in the shot, the skier might be 2 feet off the ground, much more within the realms of “pfftt, I could do that”. Always try and give your athlete a definitive sense of space and show how high or how far they are travelling when they hit a jump. 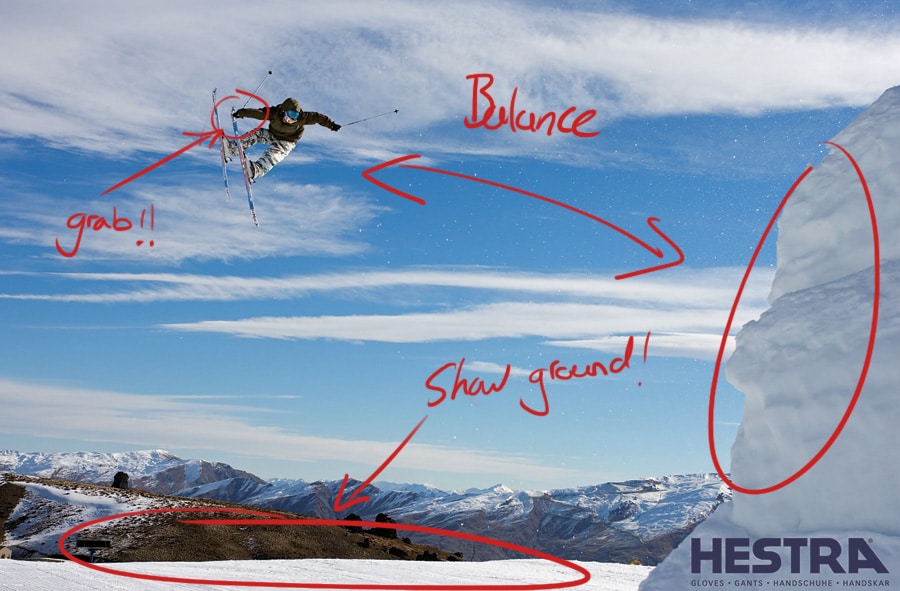 Important Point #2 – Get the grab (or moment of peak action)

I’ve highlighted this in the photo and you can clearly see that the skier is reaching and touching his ski. Had this photo been him reaching, and then being 1 inch away from touching his ski, I would have deleted it on the spot. Garbage.

Whenever you shoot an action sport of this kind it’s important to understand it, and appreciate what the athlete is trying to do.  Completing the trick, or getting the grab in this case, is the difference between someone who is good at what they do, and someone who isn’t.  If you show a photo of someone nearly getting a grab, there’s no evidence if they actually did get it or not. You might know that a split second later he got the grab, but there’s no evidence to the viewer.

The same thing does for sports that don’t have grabs in this way, freestyle motocross for example. In that sport there are many tricks that require the rider to extend their body in various directions while they hang off the bike in mid air.  In this case, it’s the body shape and extension that is the equivalent to grabbing a ski in a particular way.  The length of the extension in a “superman” for a motocross rider is the difference between a good and bad performance.  Picking the wrong photo, or wrong frame from a sequence of photos will not only uncover your lack of knowledge on the sport, but probably make the athlete less likely to want to work with you again since you are effectively making them look worse at what they do.

Send a photo of someone nearly getting the grab to a ski magazine?  Your photos will be tossed in the trash can faster than you can say JPEG. No endemic magazine will want to work with someone who has just proven themselves to have a less than stellar knowledge of the sport.

These tiny nuances are what can also make the difference between a good photographer, and a good action sports photographer. Do your research and understand that sport before you go on a photoshoot.

The other thing I highlighted in this shot is jump in the right corner. Not only does this help to complete the story of what’s happening, but it also serves as visual balance to the skier in the sky. The skier himself is obviously the subject, and he’s picked out nicely in the sky on a clean background, but the jump in the foreground adds depth to the scene and also balance. Had I not included the jump on the right, the shot would have been very heavily weighted to the left-hand side and whilst weighted images tend to get you to the subject of the shot, as that would have done, it also tends to get people there too directly and they don’t see anything else in the image.

This shot on the other hand is sort of triangularly balanced with the skier, the ground and the jump, and that invites the viewer to explore the shot a lot more, whist still maintaining a single clear subject at the end of it because a skier is obviously more interesting.