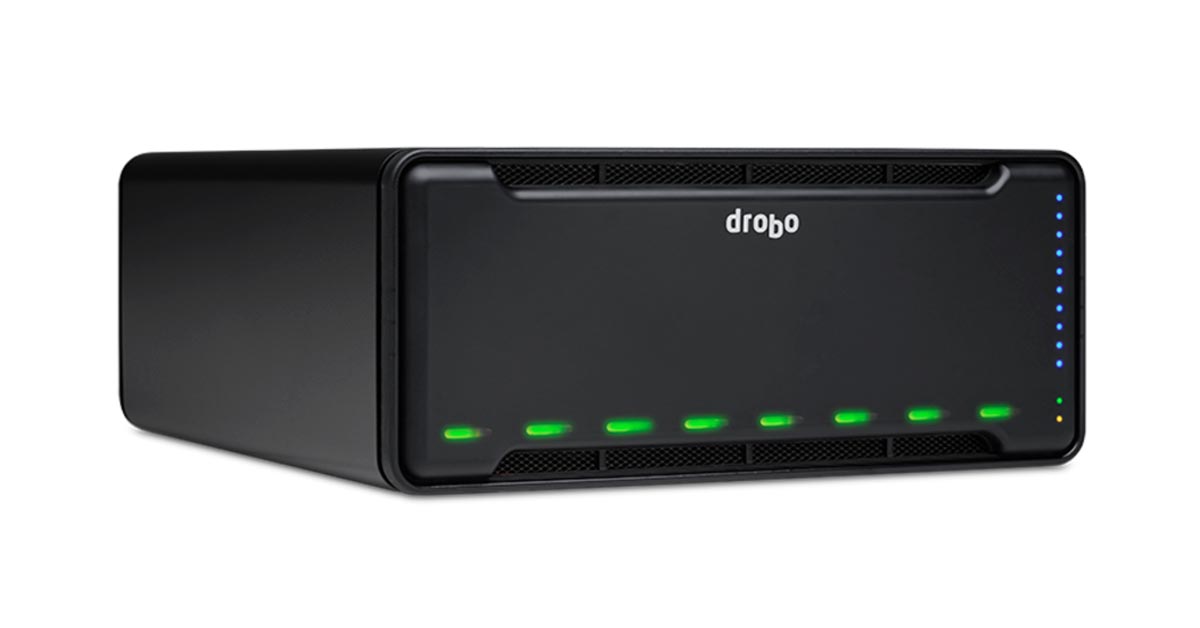 My primary photo storage device is a Drobo 5D3 which is a 5-bay Thunderbolt 3 enabled storage array. I also use a 5N2 NAS to mirror the 5D3 every night, and I keep an older Thunderbolt 2 5D unit at another physical location as a third backup.

You could say I’m pretty invested in the Drobo systems, and having owned every version of them since the very first Firewire units nearly a decade ago, I pay close attention to new product launches.

Today they launched the Drobo 8D, which is basically the bigger brother to the 5D3 that I’m currently using. It features 8 main bays on the front of the device which can accommodate SSDs or HDDs, and a further SSD slot in the back that acts as a hot cache to speed up read and write speeds for commonly used files. In other words, if there are files you access often, it caches them on the faster SSD to speed up common workflows. Clever stuff, although this is also something that is available on the 5D3 and 5N2 that I already own. 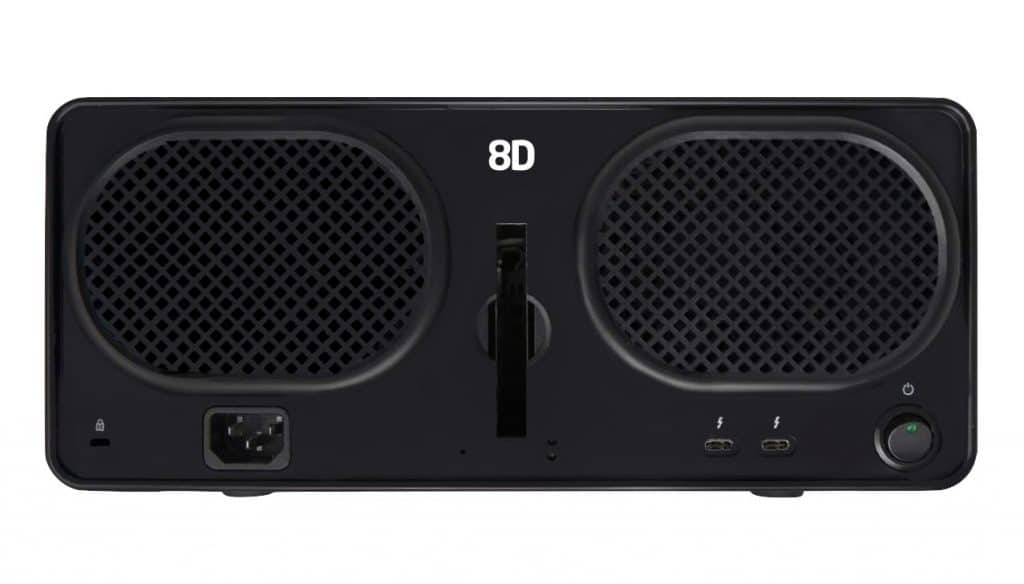 What is new with the 8D is the ability to create as many storage volumes on the devices as you want. With previous Drobos you were basically limited to one main volume, and some newer models also allowed the creation of a separate Time Machine volume. In other words, when you plugged the Drobo into your computer, it showed up as one disk on your desktop.

With this 8D model they are launching Intelligent Volume Management. Essentially this allows you to partition your Drobo into many different volumes of different sizes for different purposes, and any volume can be up to 128TB in size. The size of the hard drives (or SSDs) that you put into the 8D do not dictate the size of your volumes. You can have a volume that spans several drives, or just part of one drive. In fact thats a massive simplification of the technology in these things because actually your data is always spread around all the drives. What I’m trying to get at though, is that this is a simple and flexible system, which has always been the aim with Drobos. You can mix and match drives in all the bays. They can be different brands, different capacities and now with the 8D they can even be a mix of HDD and SSD.

Looking to move up from a previous Drobo? All you have to do is pull your drives out of your old device and slot them into the 8D. It’ll boot up right away and you’ll have immediate access to your files. Except now, you’ll have some empty slots for further expansion, and of course the new SSD hot cache slot and volume management tools. Very cool.

Another thing that I like is the built-in battery. In the event of a power failure, the battery will power the Drobo for just enough time to end read/write operations and shut down in a safe manner. Again, this is a feature in the 5D3 and 5N2 as well, but I think it’s pretty awesome for a device at this price point.

At $1299 this is a device aimed at professional users, but if you take a look around and try and find another 8-bay Thunderbolt 3 array for the same price you’re going to draw a blank. G-Technology G-Speeds and various QNAP models are likely the main options, but these more expensive and far less flexible.

Hey, just so you know, I’m not paid to say these things at all. I’m a genuine user that has paid full price for all my Drobos in the past.