Luminar Flash Sale: Lock In the Lowest Price Yet! 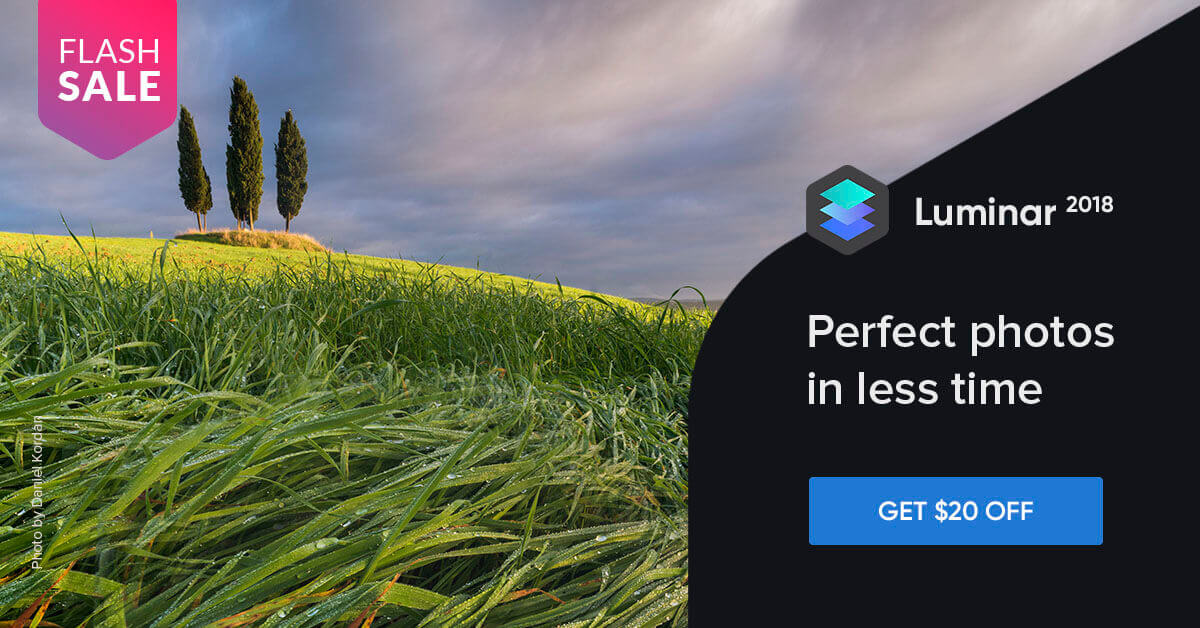 Luminar from Skylum Software has been making waves in the world of photo editing software in the last year or so. Not only is it powerful, but it’s also incredibly fun and quick to use. You only have to take a look at my tutorial for adding sun rays to a photo in Luminar, to see how simple they have made it to add effects that would take ten times longer in something like Photoshop.

This weekend they are having a flash sale to get Luminar for just $49, which is the cheapest it has ever been. But you really have to hurry because once Monday rolls around, it’s gone.

Skylum have been quite open in saying that they have a HUGE update for Luminar coming later in the year to bring a full DAM (Digital Asset Management) module to the software for managing a photo library in the way something like Lightroom does. The big deal here is that if you’re already a Luminar customer, you will get that DAM update for free. Once the DAM update is released, the price of the software as a whole will be increased for everyone else from that point onwards. So, not only will you get the best price on Luminar now, but you’ll also get the DAM update for free! Can’t say fairer than that.

If you already have Luminar 2017, and want to upgrade to 2018 then you can do that for $39, and of course you’ll get the free DAM upgrade later in the year too! Currently, if you stick with the 2017 version you would have to pay for the DAM upgrade later, so it makes sense to lock in the low price now.