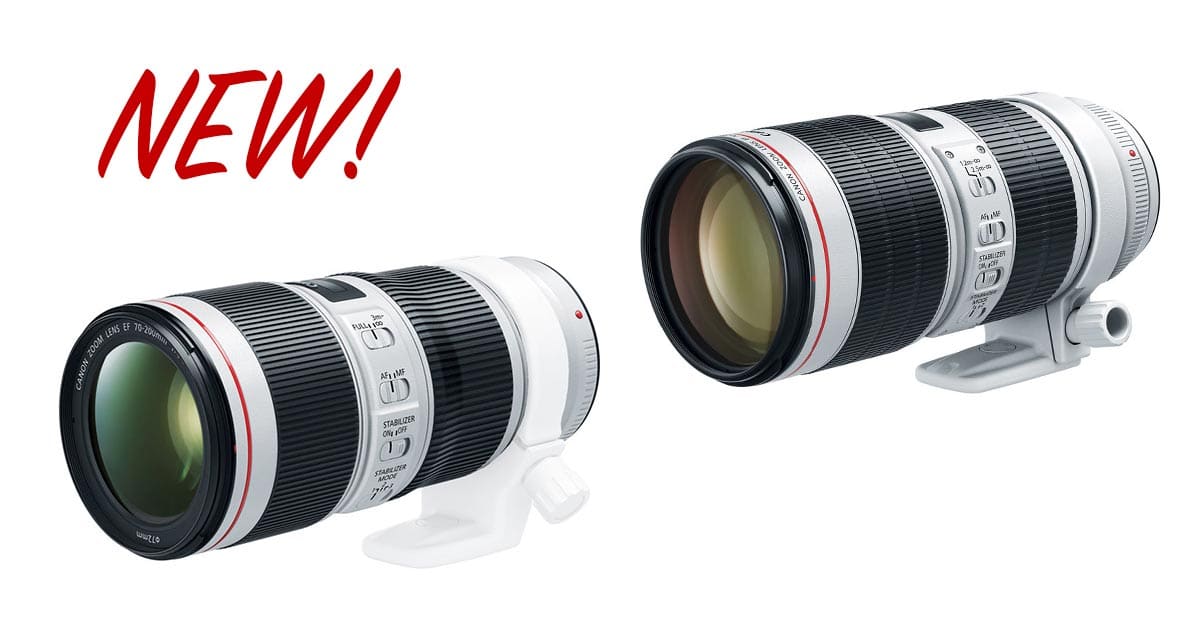 Canon unveiled updated versions of their L-Series 70-200mm lenses this week and since these lenses have long been among the most popular in their lineup, I wanted to write some thoughts – good and bad – about this launch.

First let’s take a look at what has been changed from the previous versions of these lenses: 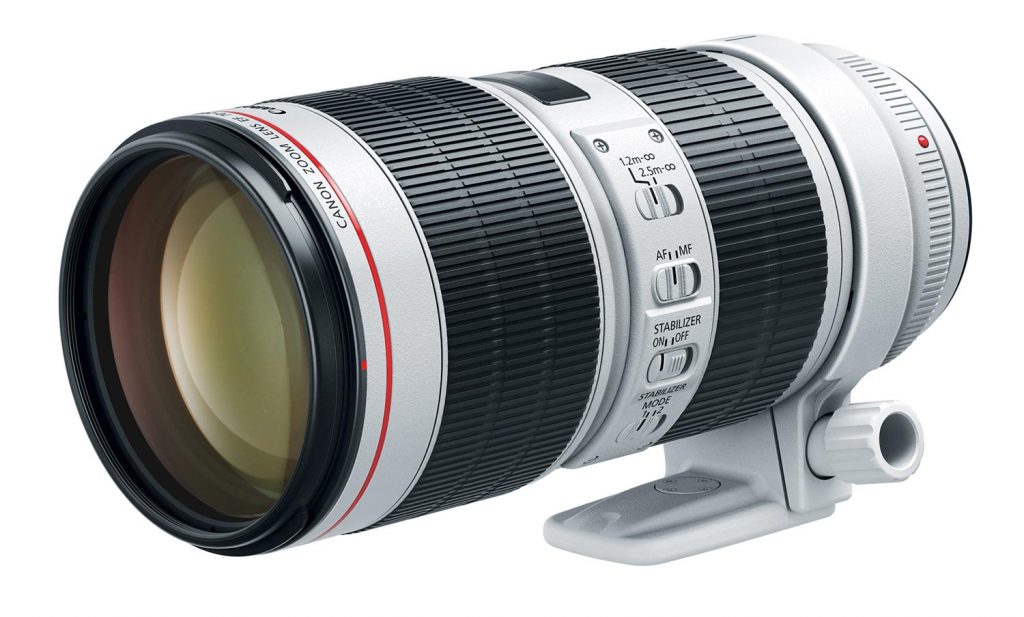 The Mark II version of this lens was launched in 2009 and is extremely highly regarded, so Canon have definitely taken the “if it ain’t broke, don’t fix it” mentality with this lens update. The IS system is the same as the previous version, rated to 3.5 stops of assistance, the AF system is the same and the optical design of the lens is identical. This is easily the most boring L-Series lens update that Canon has ever done. It would have been nice if they had at least tried to reduce the weight, or added the 5-stop image stabilization that’s available in the 100-400mm L  IS II.

There are two good pieces of news though! Firstly, current owners of the Mark II lens need not worry about upgrading to the Mark III version. There’s simply no point because whilst the new version will resist flare a little easier, the old one was already an excellent performer in this regard. I’ve never heard anyone complain about it!

The second good piece of news is the MSRP of $2099. Amazingly Canon did not change the MSRP from the old lens at all, which is the first time I can remember that happening. Yes you can get the Mark II at slightly discounted priced below the MSRP at the moment, but those will follow for the Mark III within 6 months of its market launch in August I’m sure. The lens market is a different world now that there is stiff competition from the likes of Sigma and Tamron, we saw that earlier with Canon’s aggressive pricing on the new 85mm f/1.4 L IS as well.

Sigma’s ART line has been expanding at a rapid pace and I’m certain that the looming release of the much wished for Sigma 70-200mm f/2.8 ART has something to do with Canon holding the price down on their new lens. Sigma is expected to launch that lens at Photokina, not long after the first batch of Canon’s lenses become available. I expect the Sigma lens will still be cheaper than this Canon one, but not by a huge amount. When you consider that Nikon’s latest 70-200 f/2.8 costs $2800, this seems like another fairly aggressive pricing move for Canon. A $700 difference might be enough to sway some folks in their Canon vs Nikon decision making, and there’s really nothing in it, in terms fo image quality difference between their respective 70-200s.

You can pre-order the 70-200 f/2.8 L IS III here from B&H Photo or Amazon, but you should definitely also consider buying the almost identical Mark II version for a lower price, before the stock runs out! 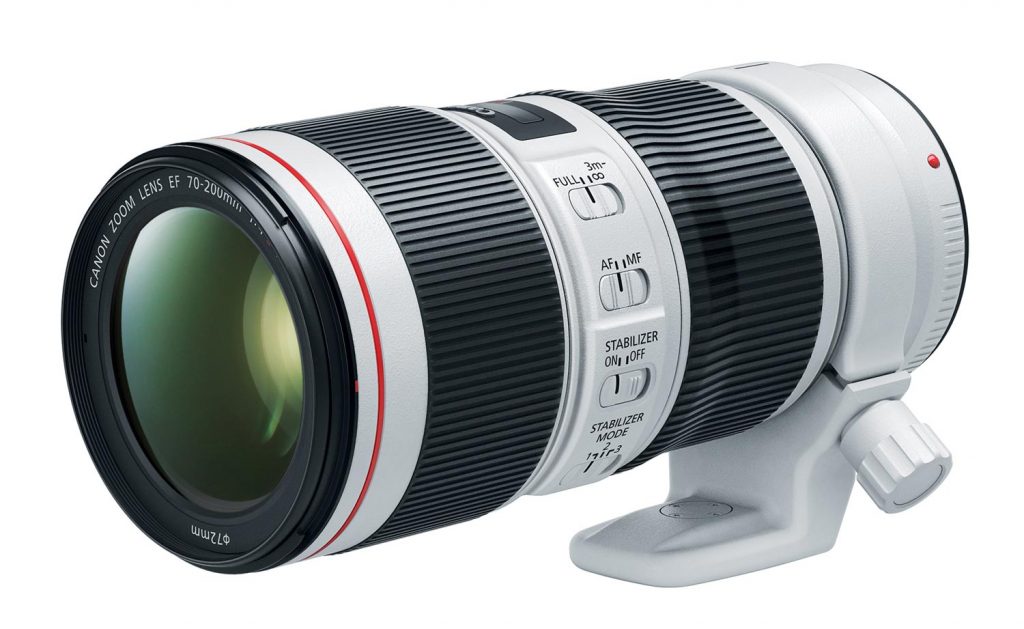 Ok, now we’re talking! This is a proper lens update!

The previous version of the 70-200mm f/4 L IS was launched about 12 years ago, so this update was even longer in coming than the one for the faster f/2.8 version of the lens. Thankfully there’s a lot more going on here than a new coat of paint and some optical coatings. From the ground up this is a totally new lens, and I’m positive that it will see a solid upgrade in image quality that will bring it in line with the rest of Canon’s current L-Series zoom lineup. Here’s the changes:

The rotating tripod collar is not included as standard, and Canon have updated the optional extra to a new version with a matching paint colour – Canon AII(WII).

As with the larger f/2.8 lens, the f/4 lens is priced lower than most people would ever have expected – just $1299. I would not have been surprised to see a price of at least $400 more than that!

This lens begins shipping in June and you can place an order at B&H or Amazon now. If you want it quickly (I know I do!), you should place a pre-order because this one is going to sell like hot cakes.

I can’t leave this post without some mention of the awful marketing bull that was rolled out with the launch of these two lenses, and subsequently spat out to the public, verbatim, by most of the major photography news websites. In Canon’s press release they referred to the 70-200 f/2.8 as “an ideal lens for professional photographers who shoot with the Canon 1D and 5D series” and the 70-200 f/4 as “ideal lens for advanced amateur photographers using Canon DSLR cameras such as the EOS 6D Mark II or EOS 80D”

This is a load of crap.

When making a decision between the f/4 of the f/2.8 version of a 70-200mm lens, the only thing you need to consider is whether you will need an aperture that is wider than f/2.8 for some purpose. That’s it! If you don’t need f/2.8 or f/3.2 for that matter, then you should get the f/4 version of the lens. Otherwise you are carrying around additional weight and spending extra money for no good reason.

I don’t know why their marketing team felt it necessary to try and pigeonhole these lenses in the way that they did, but all it will do is create confusion for people. I get a lot of questions from people wrestling with the f/2.8 Vs f/4 question as it is, and people really need to understand the technical reasons for choosing one or the other. I myself, as a professional for well over a decade, will be buying the f/4 version and mounting it on 1D and 5D cameras. *sigh*