Battery Grips: Canon Has Been Getting This Wrong for Years!

A battery grip serves a few purposes: Firstly it allows you to more comfortably and solidly hold a camera in portrait orientation. Secondly it replicates the main camera control when held in this position. Finally, it also allows you to go longer without having to swap batteries, because it allows you to have two in the camera simultaneously.

That third function, the battery one, isn’t exactly life changing. I’ve often seen it written that battery grips are great “because they allow you to shoot for longer” but really, how long does it take you to swap a battery?  I can change a battery in a Canon camera in under 15 seconds, and that’s including the time it takes me to actually retrieve it from my bag. It would have to be a pretty crazy situation where that caused me any kind of issue. Any sensible photographer has one eye on the battery level, and preemptively swaps to a fresh battery during some down time.

No, the biggest reason to use a battery grip is to replicate the shooting controls when the camera is oriented vertically, so that you can swap back and forth – horizontal to vertical – and have your fingers find those controls quickly and comfortably. The problem is, Canon has been doing this wrong for years, and it’s starting to drive me nuts.

For illustrative purposes I have added some lines to a photo of the BG-E7 grip on a Canon 7D Mark II, but this same issue is also prevalent on other battery grips for cameras like the 5D Mark IV and 5Ds R. As you can see in the photos, the location of the 8-way controller on the back of the camera, and on the battery grip is vastly different in relation to the AF-On button. 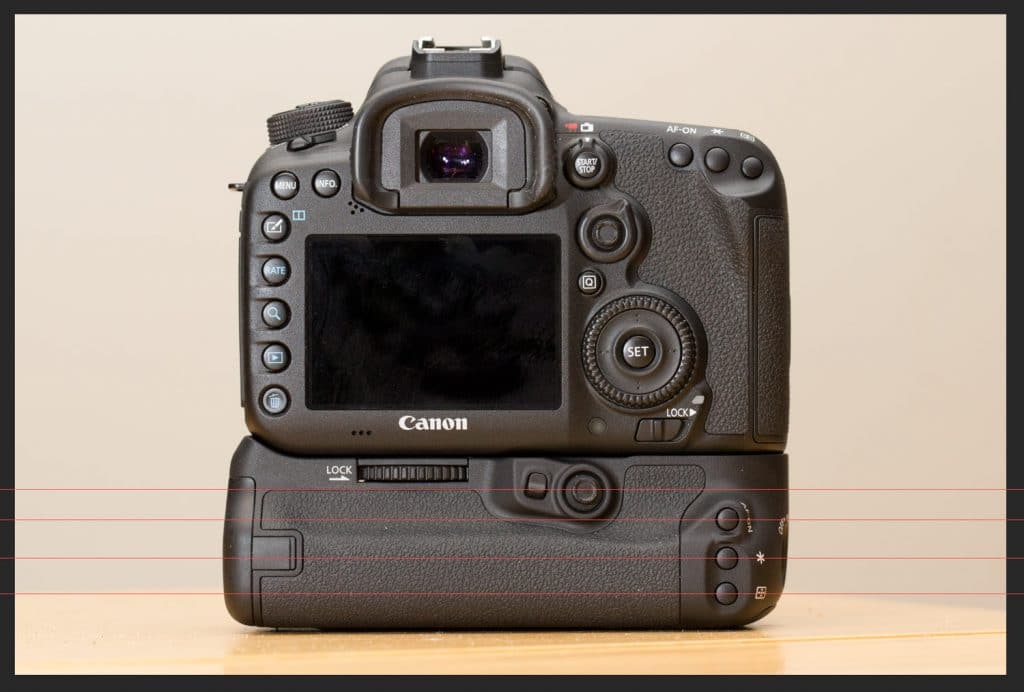 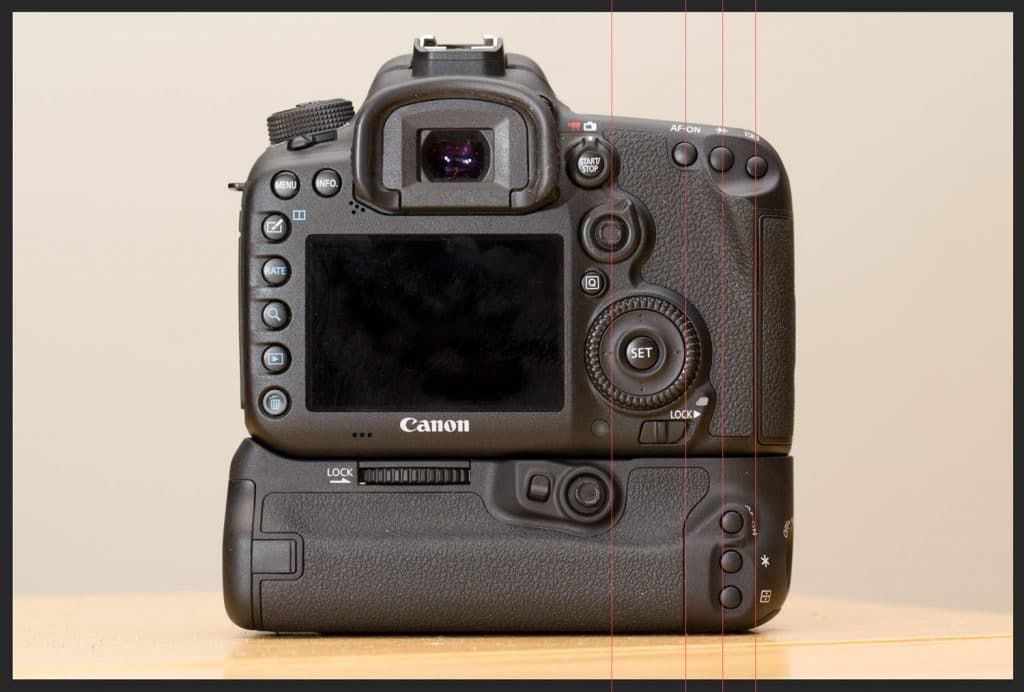 On the battery grip, the controller isn’t as far to the left as it is on the camera, but it’s also lower than it is on the camera. For those that aren’t aware, that 8-way controller is the primary control for moving the AF point location, and it’s very important to be able to operate it with your eye to the viewfinder, especially in a fast paced shooting situation such as sports or wildlife.

I’ve been a Canon shooter for well over a decade and I know my way around my cameras, but when things are going down at a rapid pace and I’m flipping my camera between orientations, I CONSTANTLY struggle to find the 8-way controller under my thumb on the battery grip. It drives me nuts, and it cost me shots multiple times during a recent wildlife expedition when I wasn’t able to move AF points fast enough.

Please Canon, sort this out moving forwards! Make the buttons on the grip, a better match for the buttons on the camera. That is literally the main point of having a battery grip. Make the grip larger if you need to, or make the controller smaller, just put it in the same place in relation to the other buttons. Just look at the BG-E7 in these photos! The additional AF control on the camera is located around the 8-way controller, and on the battery grip it’s an entirely different style of button, and placed below the 8-way controller. Drives me nuts.