Behind the Shot: Sky Pilot Pano 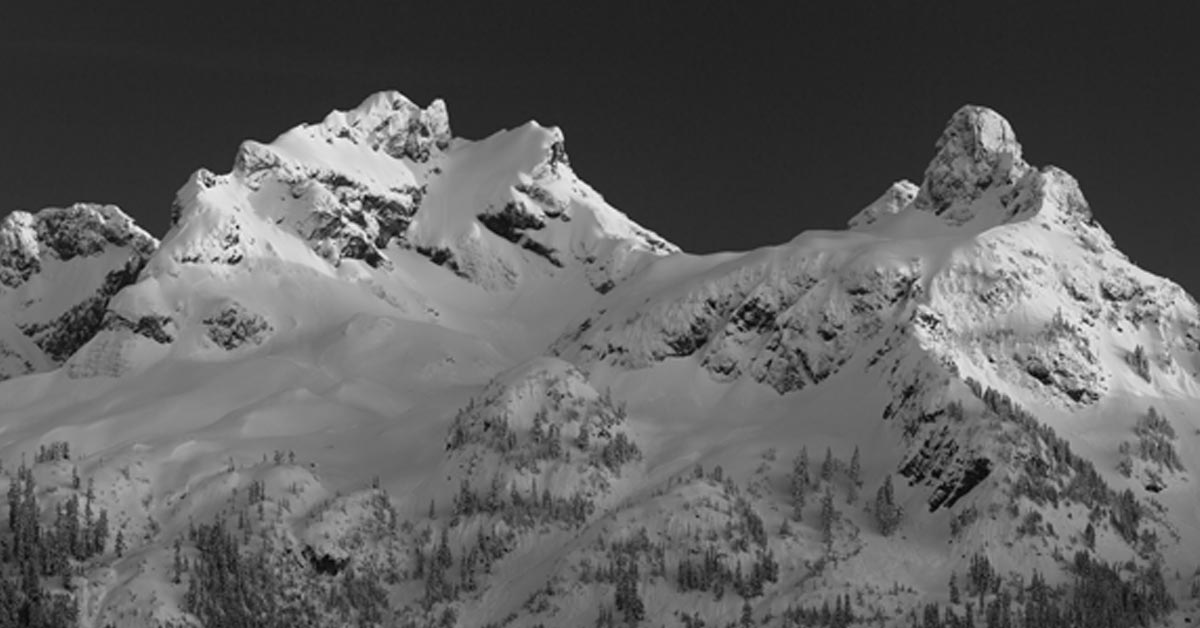 I was tweaking a few galleries on my website today when I came across this panoramic photo of Sky Pilot mountain in Squamish, BC. The smaller peak on the right-hand side is called the Co Pilot. This photo was taken from a viewing deck outside the lodge at the top of the Squamish gondola, just a few seconds before sunset. You can see the last light of the day is just kissing a few parts of the mountain, but largely the whole thing is in the shade by this point.

Something about the symmetry of this scene made me want to shoot it as a panorama. I liked how the mountain tapered off on both the left and right side, and the two peaks themselves are a nice balance with one another. The shot is a Lightroom stitch of 7 images taken with the Canon 100-400mm f/4.5-5.6 L IS II at 200mm.

Equipment Used for this Shot

Normally, if you’re trying to maximize the resolution of a panoramic image then you would shoot all your individual images in the vertical orientation. This would leave you with roughly twice as many photos to complete a pan, as you would get if you had your camera in a horizontal orientation. In this instance, I actually shot the photos horizontally for two reasons. Firstly, this really was the last few seconds of light and it would have taken me longer to shoot the photos vertically. Secondly, I was already at 200mm in a horizontal orientation. Had I wanted to switch to a vertical orientation, I would have needed to zoom in to about 300mm if I was to match the vertical angle of view. A photo at 300mm is much harder to get sharp, than a photo at 200mm. Especially when you are shooting from a wooden platform as I was. People were walking all over the place, and the resulting movement of the platform was already costing me shots.  Instead of battling things out and trying to take 14 perfectly sharp photos in a vertical orientation, with a possible chance of complete failure, I decided it was prudent to speed things up. I still ended up with an image that measures 14800px X 3700px so it wasn’t really a huge problem.

Solving problems like this, and quickly weighing up the consequences of choices is a big part of succesful photography. Sometimes you are trying to find the balance between depth of field and noise caused by high ISO values, or maybe you’re striking a balance between long focal lengths and image sharpness. I like that, because every time you make a choice it’s like a fork in the road. The more forks you take, the more your path can diverge from the choices made by other photographers, and the less alike your images look to a photographer’s who was standing right next to you. These choices don’t have to end in the field either. As you can see, I made the further choice to convert this to a black and white image, in order to highlight the contrast between the snow and the deep blue sunset sky.