Profoto A1 Vs. Regular Speedlight – Why Would You Buy One? 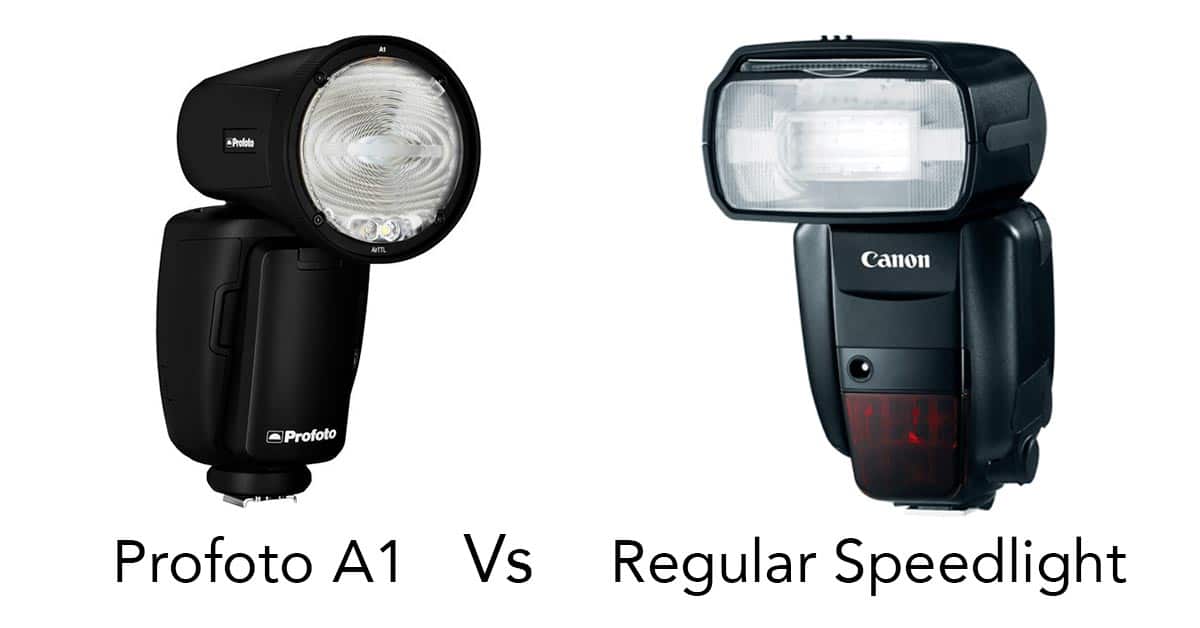 Every now and then a product comes along that raises some interesting questions, and the new Profoto A1 is just such a thing. Profoto are known for their high-end studio strobes and pricey portable lighting solutions like the B1X TTL monolight, but the A1 is their first foray into the world of hot shoe speedlights. 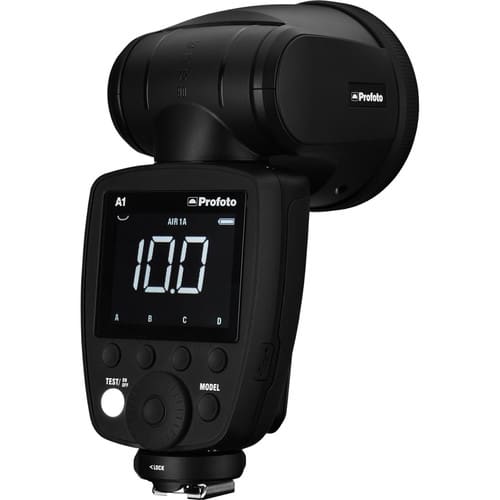 At $999, this is a considerable price for a small flash and I’ve seen a lot of people laughing at that price. I must admit that I had a little sticker shock when I saw it too at first, but then a did a little digging and considered all the specifications. Firstly I was pleased to see that the A1 actually comes with the Dome Diffuser, the Wide Lens, the A1 Carry Bag, the Bounce Card and the A1 Charger. I’d seen all of these items listed separately on B&H Photo and initially thought that you would have to purchase them this way. That took a little off the sticker shock, for the $999 price tag, you’re pretty much good to go right out of the box for on-camera usage.

So why would you ever want to consider the A1 instead of sticking with something like a Canon 600EX II RT, Nikon SB-5000 or cheaper 3rth party option from someone like Godox?

I watched all the videos that Profoto put out for the A1 and a lot of them talk about light quality. Personally I think that’s a really tough selling point for a flash because if you’re serious about your portrait work then you’ll probably be putting a modifier on it anyway. I have a hard time believing that the Profoto dome diffuser is going to be all that much better than the MagMod MagSphere which will work on any other flash. I certainly wouldn’t be sold on the A1 based simply on “light quality” and a bunch of superlatives thrown around by Profoto sponsored photographers in their own promo video. Honestly Profoto, it was really a bit much… *eye roll*. 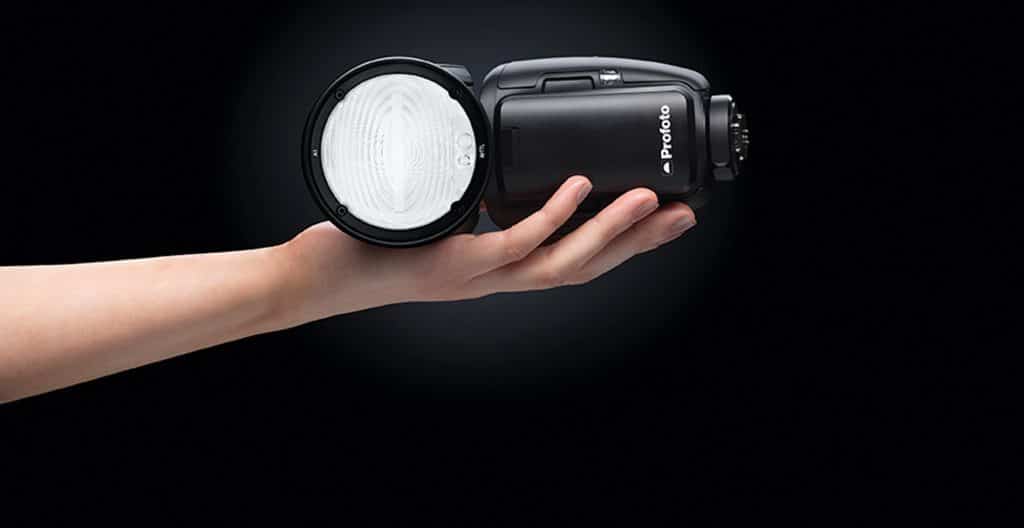 At 76Ws, the Profoto A1 isn’t all that powerful either. It’s hard to compare directly to people like Canon and Nikon because they don’t publish speedlight powers in that way, but it’s generally thought that they all tend to fall roughly into the 65-85Ws range. In other words, the A1 isn’t any more powerful that a regular speedlight.

Ok, so what is really making this thing so special then?

The answer lies in the battery technology. For me there’s only two plausible reasons why I can think that someone might want to use a Profoto A1. The first is that they already have other Profoto gear, including an Air TTL controller which would otherwise set you back another $400+. If you had a pair of B1X flashes already, I can see why you might want a small light to hide in a corner somewhere as part of that system. 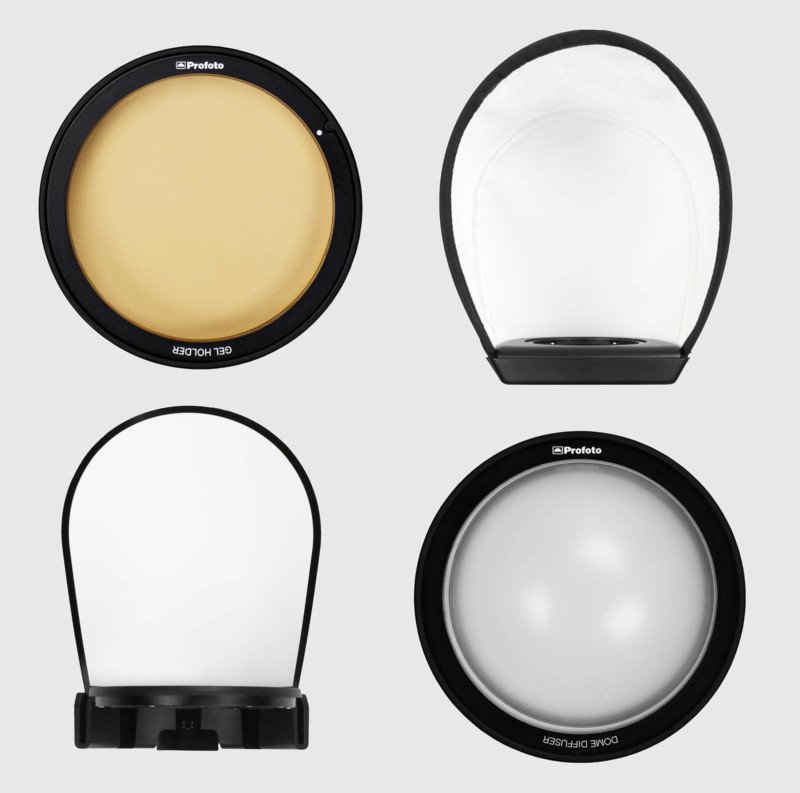 The second reason you might want the A1 is the impressive Li-Ion battery technology!

The removable battery on the A1 is capable of 350 full power flashes, and recycles from full power in just 1.2 seconds. THAT is impressive. To put things into context, a Canon 600EX II RT takes 3.5 seconds to recycle from full power with Ni-MH batteries, and 5.5 seconds on Alkaline batteries. It can also only deliver about 100 shots on that set of AA batteries, so the A1 is nearly three times faster and offers three times more endurance. These are some stats that could really make a difference to someone. All that light quality stuff… not so much.

Think about using speedlights to capture fleeting moments at weddings, or when using a flash as a fill light for wildlife photography. Unique moments can easily be missed when you’re waiting for a flash to recycle, and in some cases you might have spent thousands and thousands of dollars to create that moment, or are being paid thousands to capture it. Now when you think that the A1 is going to cost you an extra $500 over a 1st party alternative, it maybe doesn’t seem quite so bad.

I realize that this isn’t going to be a flash that amateurs really want to look at when making purchasing decisions, but if you’re a professional or semi-professional, I do think it’s worth considering the recycle time. Can you think of some times when this faster recycle might get you that shot? I bet you can. I currently use Elinchrom and Canon flash gear so I won’t be running out to buy one, but I don’t think it’s worth writing it off entirely just based on the high price.

Pre order your Profoto A1 at B&H Photo. Currently available for Canon and Nikon, with Sony confirmed for next year.