How to Speed Up Your Drobo 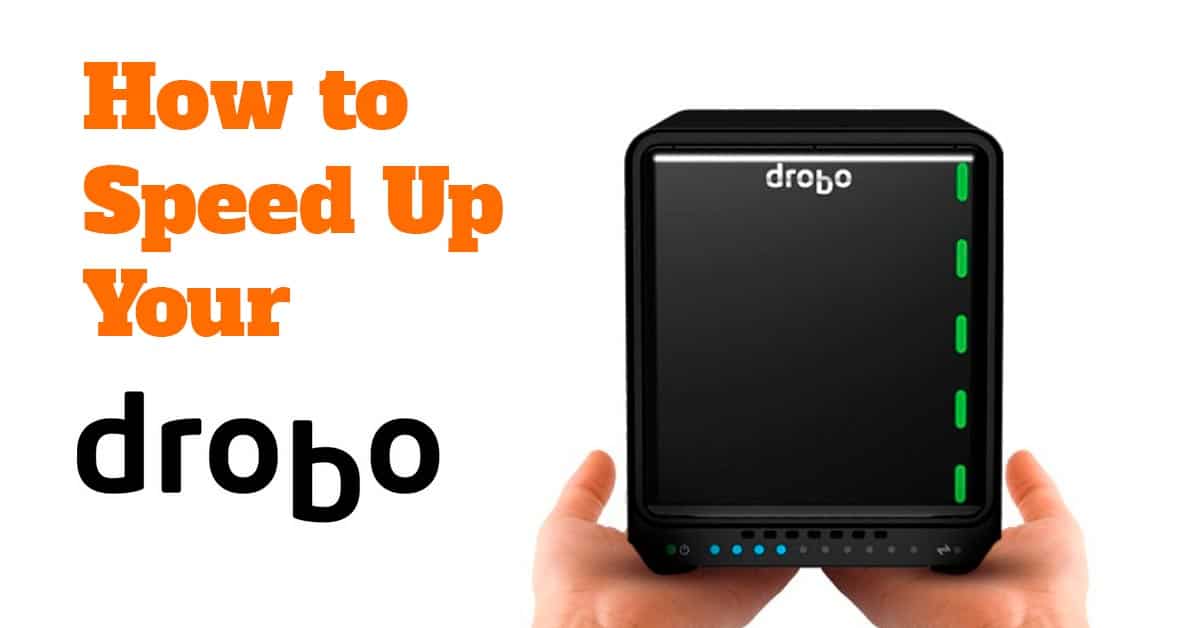 The vast majority of my data lives on a variety of Drobos. I currently have a Thunderbolt 3 enabled Drobo 5D3 as my primary storage device, stacked with 32TB of drives, and I also have the same set of data mirrored onto a Drobo 5N2 which I can access remotely from anywhere in the world. A further Drobo 5D is held offsite too.  In chatting with one of Drobo’s technical gurus recently I learnt something that I didn’t know. Whilst a Drobo can protect your data as long as it has at least two drives in it, the data read and write speeds will increase significantly if you put more drives in it.

I was told that a Drobo with two or three drives in it will be much slower than one with 4 or 5 drives in it. In fact, it could be as much as a 10-20% speed increase for each additional drive that you add. I don’t fully understand the reasons for this, but I’m sure it’s similar to how regular RAID systems are striped so that data is pulled from multiple drives simultaneously, hence overcoming the bottleneck of mechanical hard drives speeds. If your mechanical drive has a read speed of 180mb/s, you can significantly increase the read speed of a file if portions of the file are read from different drives at the same time.

Perhaps in the back of my mind I was somewhat aware of this… but I just hadn’t really considered it before.

If you have a Drobo, or are looking to buy one and you’re using their handy calculator to try and figure out what size drives you might need, you’re going to want to pay close attention to this. Yes, maybe all of your data will fit onto three 8TB drives, but from a performance perspective you are going to be much better off with five 4TB drives.  Both combinations would give you 14.52TB of useable space on the Drobo, but the latter combination would be considerably faster. Maybe even close to twice as fast!

Click here to read an article about my current photography backup routine.