I Sold My Sony Cameras – Here’s Why… 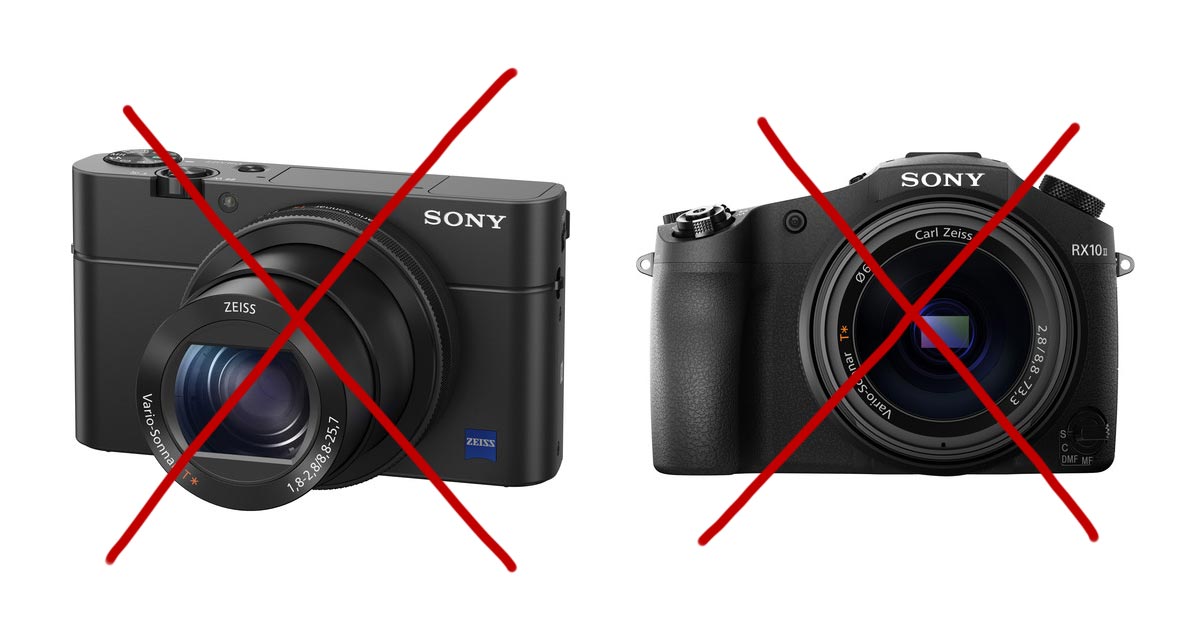 Some of you may remember that last year I purchased both the Sony RX100 IV and the RX10 II. I primarily wanted the smaller RX100 IV as a camera that I would always have in my pocket, and the larger RX10 II was the camera I used in my office to record all my Youtube videos.

I recently sold both of these cameras, despite them being critically acclaimed cameras! Here’s why…

Both cameras used the same sensor, so there was nothing to choose between them in terms of image quality. For a point and shoot camera, there’s no doubt that the RX100 IV was the king of the hill at the time (now replaced by a new RX00 V). My problem with it was purely from a functional standpoint, I just hated actually using the thing! The menu system was archaic and confusing, and I’ve never had to resort to reading the manual so many times. For me, it was a soul sucking experience to use that camera! Now, I know it has MANY supporters, and some of you will be getting your hackles up already, but I’m sorry, this is just the way it was for me. It took all the fun out of photography, and the result is that I never used the darned thing more than a handful of times. Sony are often criticized for their user interfaces, and frankly, it’s with good reason.

I learnt a valuable lesson with these cameras. Not only is the best camera the one you have with you, but it’s also the one you enjoy using. There are far less impressively specced point and shoot cameras that I would much rather use than a Sony RX100. When you enjoy using a camera, you take more photos, it’s as simple as that.

Now, I will say that I thought the RX10 II was an absolutely stellar video camera, but unfortunately it was plagued by the same overly-complex user interface. Every time I used it I had to press every button on it to figure out which one would zoom into the video to check focus, and then that would often be met with error messages that say things like “Sorry, that function can’t be used in this shooting mode”. AAARGHHH. I’m getting annoyed just thinking about trying to use them!

On my Canon cameras I make heavy usage of the custom menu function. It allows me to build my own menu system that only contains the functions I need to use, and I can arrange them into my own tab system and then have the camera not even bother displaying the native menus if I don’t want it to. Ultimate customization. That’s what Sony needs to do to fix these things.

Yes, they may be ahead in almost every aspect of image quality with their cameras, but to me it’s also got to be something I’ll actually want to use, otherwise it’s just going to gather dust. I never say never, but man would it take something incredible to make me want to use another Sony camera again.

When I first posted this to my Facebook page, someone commented that a camera is “just a box that captures light”. It might just be a box, but if it’s a box you don’t like using, or that infuriates you, you’ll take less photos and your photography will suffer because of that. I’m just trying to underline the fact that specifications and technical reviews don’t always deliver the best answer to which camera is right for someone.