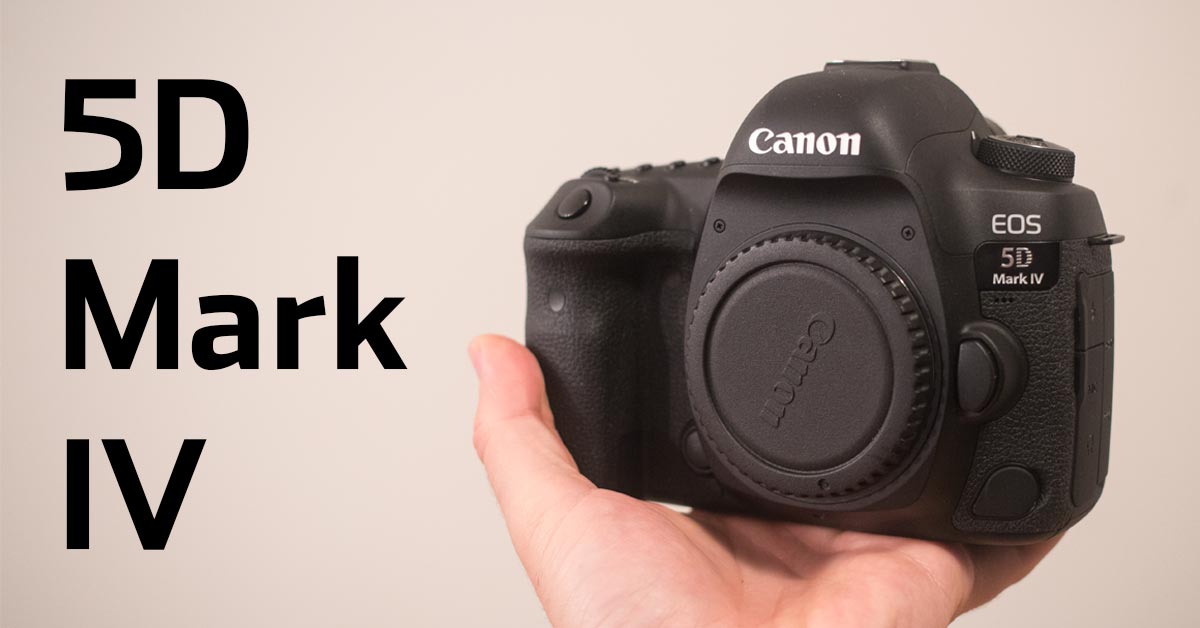 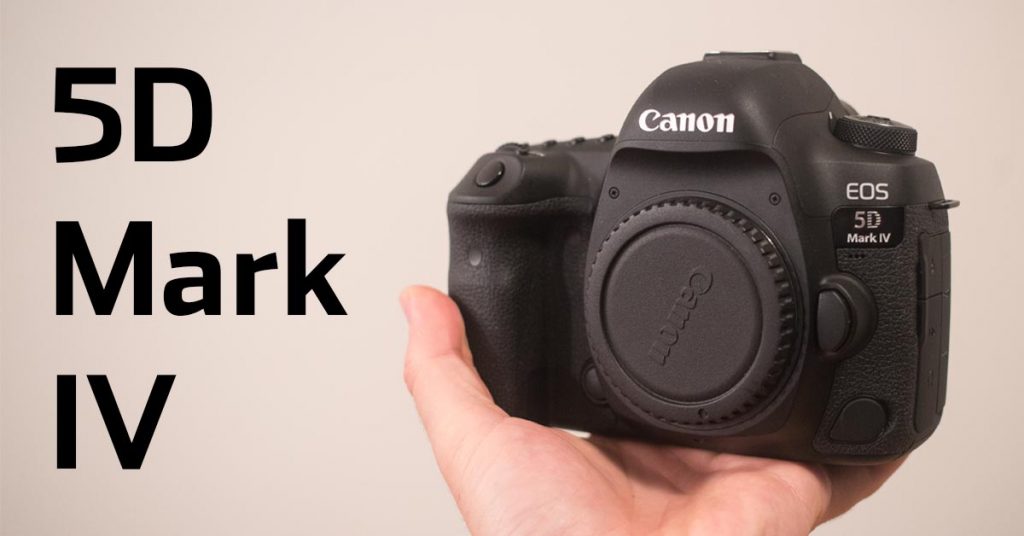 The Canon 5D Mark IV began shipping this week and I was able to pick mine up immediately. As has become traditional, I recorded a short video for those that want to live vicariously and see what comes in the box. You can find the video a little further down the page. The video also contains a side-by-side comparison with the 5D Mark III.

The first thing I noticed about the camera after unboxing it was that the 10% weight saving from the Mark III is noticeable. I’m pretty pleased about this, and I think it’s a great achievement when you consider that they added a touchscreen, GPS and WiFi to the Mark IV. The primary area of weight saving seems to be the main pentaprism covering which is now plastic and not metal, but it doesn’t feel significantly weaker and I think we have to assume Canon have done their due diligence in this area.

The camera felt instantly familiar in the hand and I like that the only real ergonomic change is to add an additional button below the 8-way controller. Everything else is essentially right where I left it on the Mark III. That additional user assignable button below the controller is a big improvement over the design of the similar switch on the 7D Mark II. It’s much easier to use when you have your eye to the viewfinder!

Pretty much the first thing I set about playing with was the touchscreen capabilities, and I was left very impressed. It’s not quite as responsive as something like an iPhone, but it’s pretty close, and when you consider the size of the images it’s working with, that’s no small feat. You can quickly flick between images, and pinch to zoom works very well. The one thing that’s missing, as far as I can tell, is an option to double tap the image and zoom to 100%. I would LOVE to see this implemented in a firmware update if possible. It’s how so many other touch devices work that I found myself continually doing it out of habit, only to be disappointed that nothing happened. Can we get that, Canon?

The second issue I had with the touch functionality is that as soon as I picked up my 7D Mark II, I kept trying to touch the screen! It was amazing how quickly my brain had switched to “touch mode”. I’m not yet sure what my 2016/2017 camera setup will look like. Should I keep the 7D Mark II? Perhaps buy a 1D X Mark II, or roll with a pair of 5D Mark IVs?  I need two cameras so that I have a backup, and now that I have tried the touchscreen on the 5D Mark IV, I’m not sure I could use two cameras that have such differing operations. It’s beyond me why Canon didn’t put these simple touch features into the 1D X Mark II – *sigh* – that would have made things so much easier! This needs more testing before I make a decision, but it definitely has me leaning towards a pair of Mark IVs.

The other big feature I tried out on day 1 was the new WiFi features. I downloaded the iOS app and connected quickly to my camera. Latency was minimal on the remote liveview and I have to say that I think I will find some interesting ways to use this! It’s really cool to be able to see what your camera sees from a good distance away, and you can touch the screen on your phone to focus the camera! Brilliant.  I need to learn more about the capabilities of this app, but the setup was a breeze, and transferring images from the camera to phone was child’s play. Again, this is another reason why I’m considering a pair of Mark IVs now because on a 1D X Mark II I would have to use the add-on $800 WiFi dongle to do this kind of thing, and I’m not sure I want to be bothered carrying that around all the time. I really do wish there was more feature parity between these cameras. The 1D X Mark II also lacks the timelapse features of the 5D Mark IV… I find it very strange.

Anyway, I’ll be posting a lot of content about this camera in the coming weeks and months. I plan on doing a side-by-side ISO test with my old 5D Mark III, as well as testing out the various new video features.  I hope you enjoyed the first 5D Mark IV post! Stay tuned for more soon…