Behind the Shot: Aurora Insanity in Banff 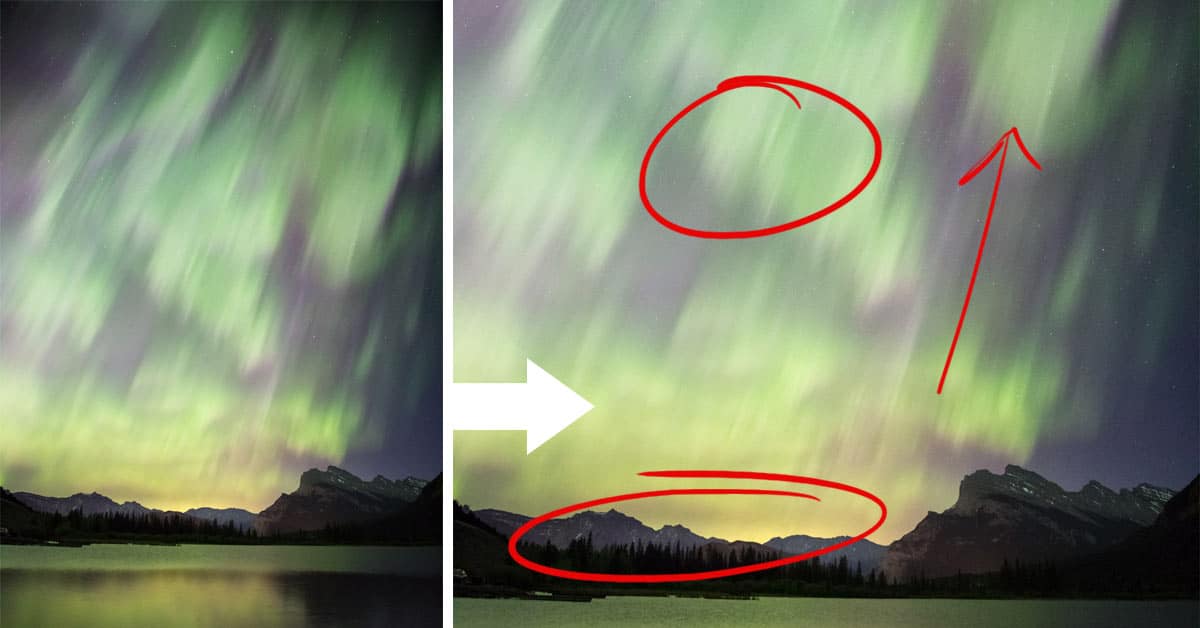 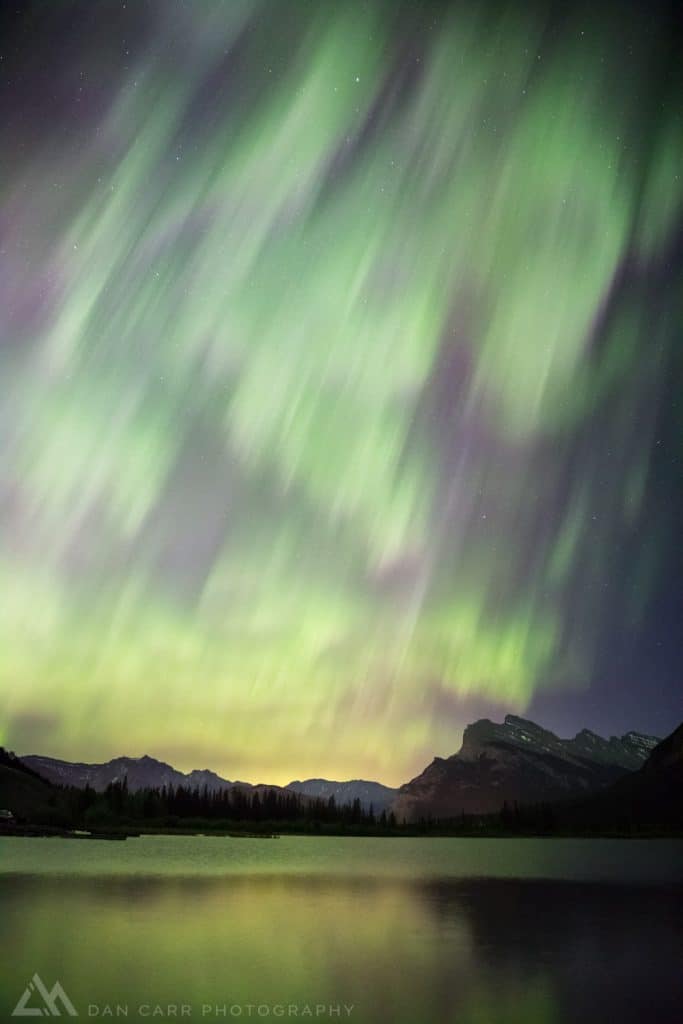 Every photographer wants a shot at shooting the Northern Lights at some point, and this was one of the best shows I’ve ever seen. It was taken at Vermillion Lakes in Banff, Alberta, Canada. A G3 geomagnetic storm rolled in on a night with a clear sky and a new moon that was setting early. You can’t hope for better conditions than that, for them all to align like that is a real rarity and I heard several comments from locals that this was the best storm they had seen in decades.

The incredible thing about this storm was that it was so clearly visible with the naked eye. I’ve photographed them before where only a long exposure will really reveal the show in the sky, but this was so clear, so bright, that I could compose these shots through my viewfinder in the middle of the night. It was similar to standing under the light of a full moon! I ended up shooting for about 5 hours in two different locations

I made a few tweaks in Lightroom, but nothing too dramatic. I used the clarity slider on a graduated adjustment to help with the definition of the light pillars, and I played around with the green luminosity and hue sliders to shift the colours a little bit closer to what I saw with my eyes.  I also made a selective adjustment, circled on the image, to the treeline area in the bottom third of the image. I wanted the trees to stand out a bit more against the brighter background there, so I added a little to the whites slider and took a little out of the blacks. This created more contrast in this area which I felt was needed to balance out the peak of the mountain on the right-hand side of the shot a little bit more. Finally, I applied some noise reduction and did an overall increase on saturation and vibrance of about +13.  All in all, it took me less then five minutes. 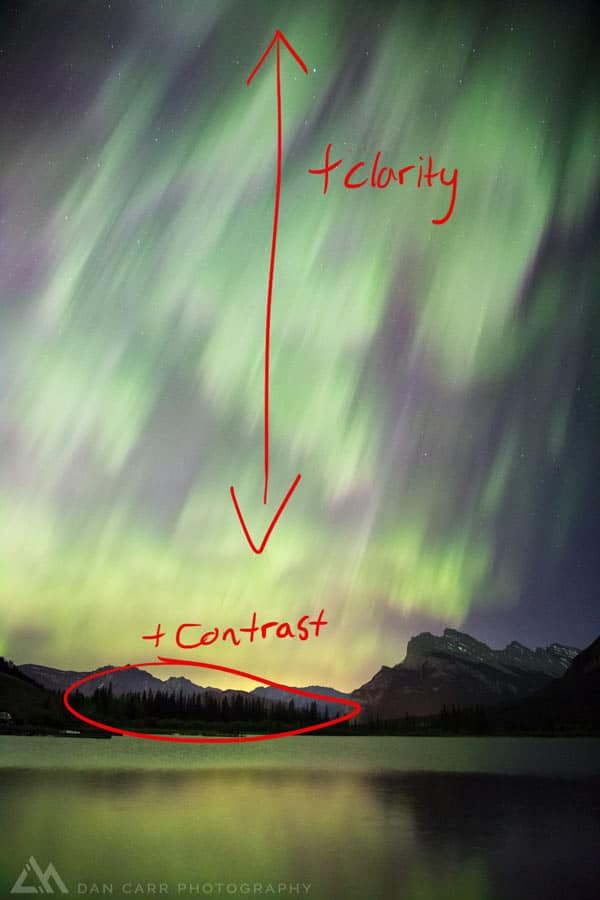 Why Did I Use Such a Short Shutter Speed?

The exposure time for this shot was a mere 1.3 seconds, very shot for a nighttime image. The fact that I only needed to push my Canon 5D Mark III to ISO5000 is a testament to the brightness of this incredible aurora. When it comes to shooting the Northern Lights, choosing a shutter speed is probably your toughest decision. Aperture is easy, you’re going to set your lens wide open and focus on infinity. Shutter speed is tricky, though. Auroras are different every time, some of them are faint static glows of colour, whilst others feature dancing light pillars that ripple across the sky. Sometimes this pillars move quickly, and sometimes a single pillar can remain motionless for several seconds.

If you have fast moving “dancing” lights, you need a short shutter speed, as I had for this shot. You could shoot it at a longer speed and it would still look cool, but the definition is lost from the streaks in the light pillars, and the whole thing just blends together into one big coloured sky. The result is that I end up shooting with a variety of speeds at different points. This night I shot 30 second exposures when the sky was static, and this allowed me to get a cleaner image at a lower ISO. When the lights started to dance, I cranked up the ISO to get this faster shutter speed.

I dearly hope I will see more shows of this intensity in my life, but honestly, if I don’t, I can be pretty happy with this one.