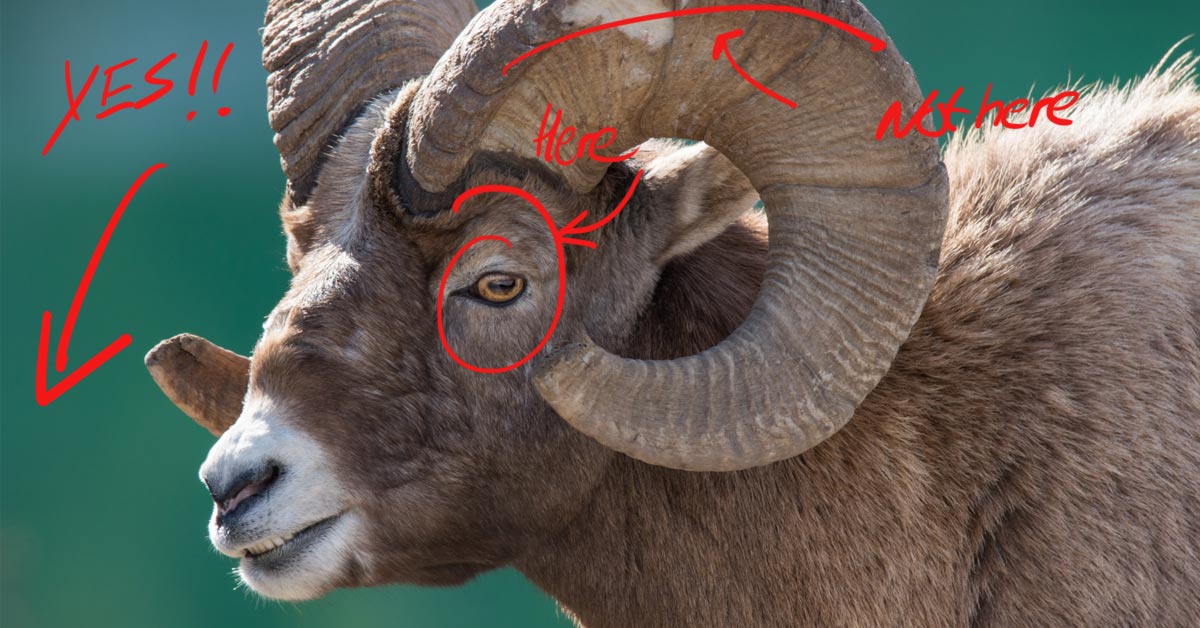 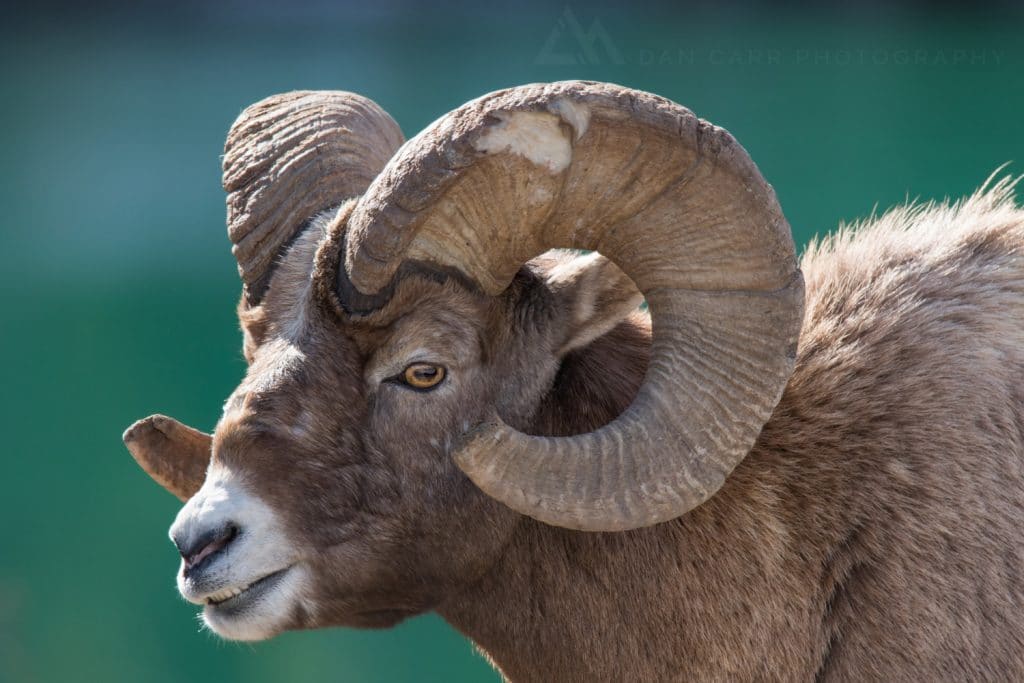 This photo was taken in Jasper National Park, Alberta. Jasper has an abundance of wildlife and you often come across things while you’re just driving from A to B, as was the case with this bighorn sheep on the side of the highway.  Now, shooting things on the side of the highway is far from ideal, but I’m not one to pass up a good opportunity when I see one coming my way.

This guy was still a little ways up the road from me but was making a pretty good pace in my direction. Rather than drive straight up to him to get a shot, I pulled off safely to the side and positioned myself so that he would pass between me and a small green pond on the other side of the highway to give me that perfect background. The highway is actually between me and him while I’m taking this shot, but zooming all the way into 600mm, and picking up on this idyllic looking background colouring removes any sense of that from the shot, and delivers a solid wildlife image.

This shot would be a throwaway if he had been backed by some dark trees, or rocks, because the light on him is far from ideal. The green background saved that day! He didn’t stop as he moved past me, and even with the Canon 7D Mark II‘s impressive burst rate I only got three images with him backed against the beautiful green colour.  Sometimes that’s all you need, though!

Backgrounds can, and often do make or break the shot, so when you’re out on your next wildlife photography mission I want you to visualize the backgrounds before you take the shot. Try and do as I did and set your shot up with the background in mind first, then lie in wait for your subject. It’s something that can take a bit of practice because the background will change dramatically depending on your focal length. Shooting at 600mm as I was, allowed me to isolate a tiny patch of useable background from a much bigger, dreary looking scene. Blink and you’d have missed this opportunity. 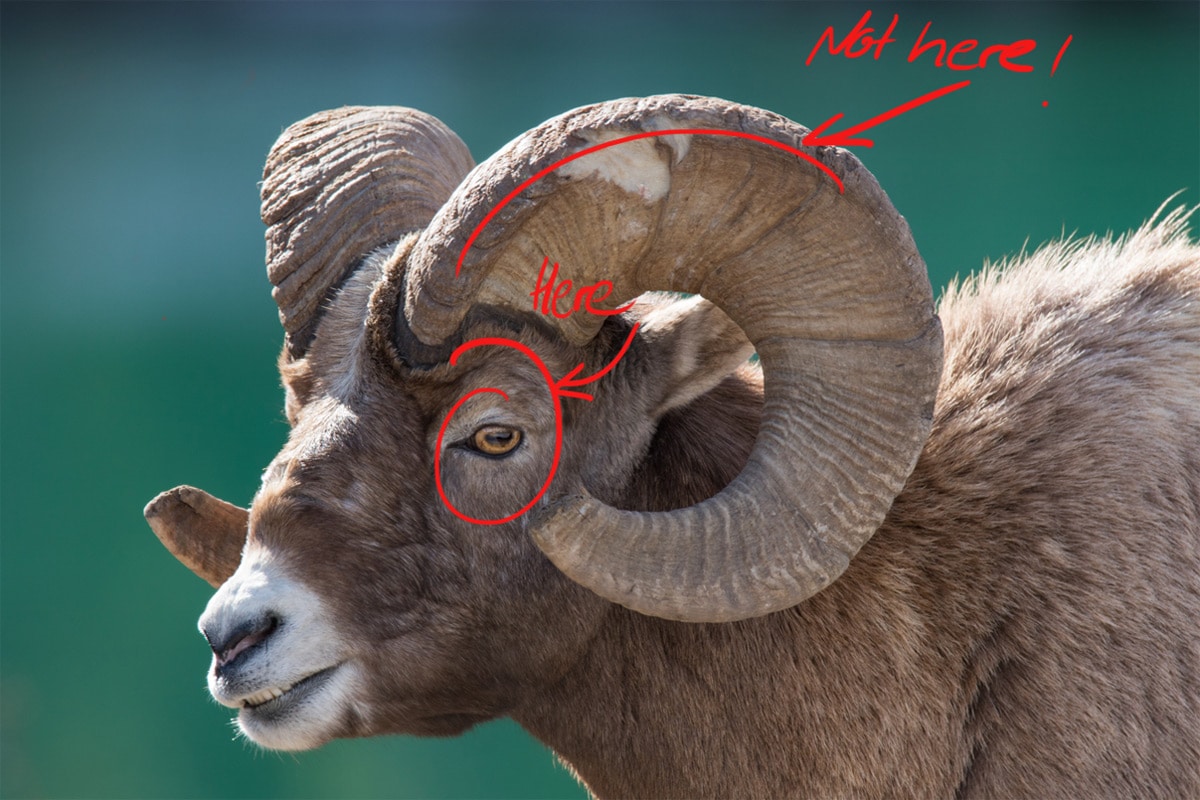 As the sheep didn’t look like he was going to stop, I had my camera set in AI-Servo with a single AF point set to pick his eye up roughly in the left-hand third of the shot.  With a single point like this, rather than a full 48-point cluster or even a 9-point cluster, I could be a lot more certain that the AF system wasn’t going to focus on the horn instead of the eye.  If it had focussed on the nearest thing to the camera, which would have been the edge of the horn, that can be easily 6-8 inches closer to me than the eye, and this could have left the eye out of focus, which would have been a ruined shot. Due to the compression caused by a 600mm focal length, it’s hard to tell how far those horns actually protrude from the side of the head, but it’s definitely enough to cause issues if you have a wide aperture and accidentally focus on them and not the eye/face.