Behind the Shot: Winter Bends 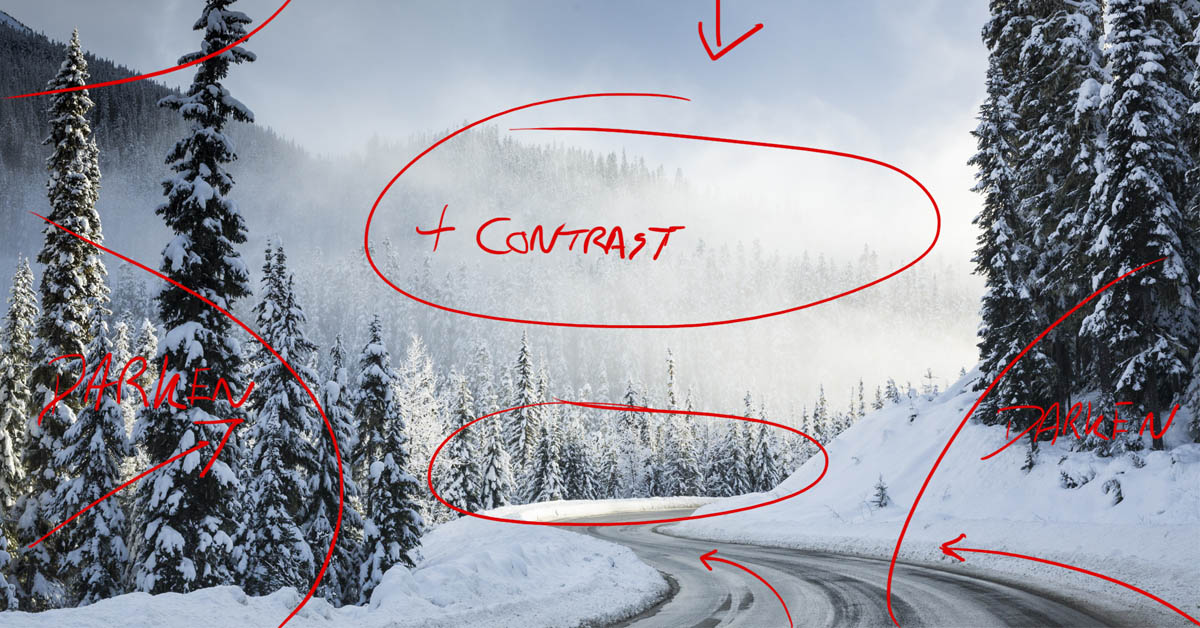 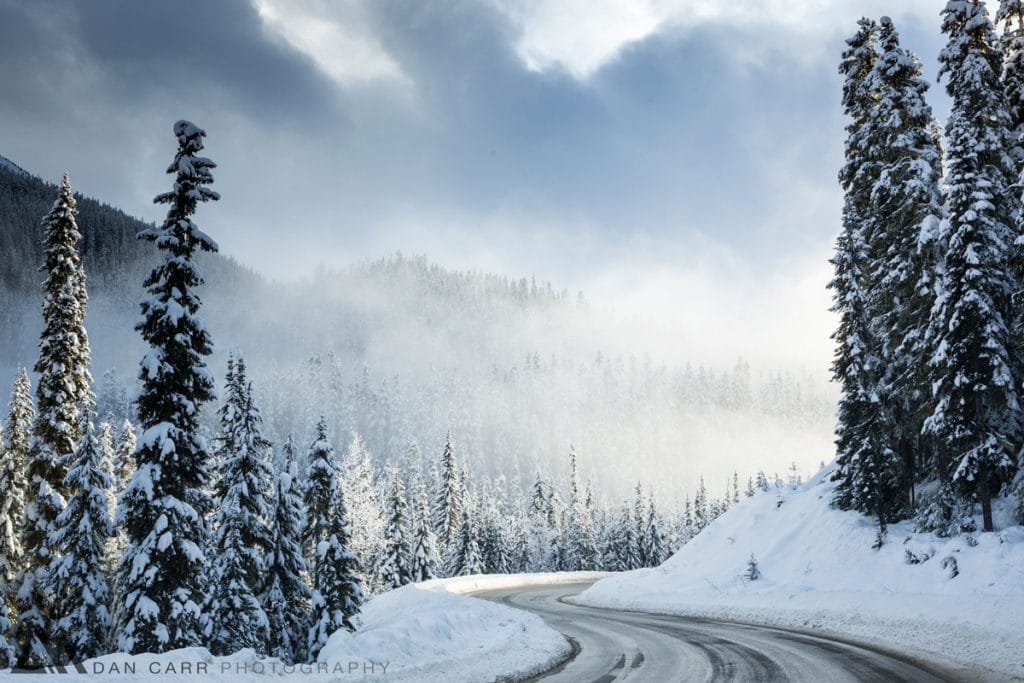 Last week I did an Instagram takeover for the tourism board of British Columbia, and my theme was to showcase my local area, known as the Sea-To-Sky Highway. The week before the takeover, I set off for a few days of exploration to grab some new photos of the area, and it only made sense to try and find a great shot of the highway itself.  After a heavy snowfall on one of the days, I drove up to the highest part of the highway in hopes of some interesting light.  My wish was granted!

I spotted this location for the photo almost immediately, but I had a significant problem to overcome.  With the heavy snow, there was no space to safely pull off the road and take the shot, and this spot was just around a corner as well.  No chance of putting my flashers on and just stopping in the road.  I decided the only way to do it safely was wind my window down, come to a very brief stop, stick my arm of out the window with camera and snap the photo. Then I would drive down the road to the next turnaround, examine the photo and repeat the process until I was happy.  The problem was that when returning in the opposite direction, it was quite some distance before there was another safe opportunity to turn around again.  One “lap” took about ten minutes!

What appears to be a simple snap of the road, taken while driving along, actually took about 45 minutes to achieve.

That tends to be how I work, though.  When I see the potential in something, I’ll work until I’ve got the shot.  I’d far rather spend the time getting something right (and doing it safely), than rattling off hundreds or thousands of photos all day long.  As the great Ansel Adams famously said “Twelve significant photographs in any one year is a good crop.” The number doesn’t have to be taken literally, but the sentiment of it really resonates with me.

Why Does it Work and What Choices Were Made? 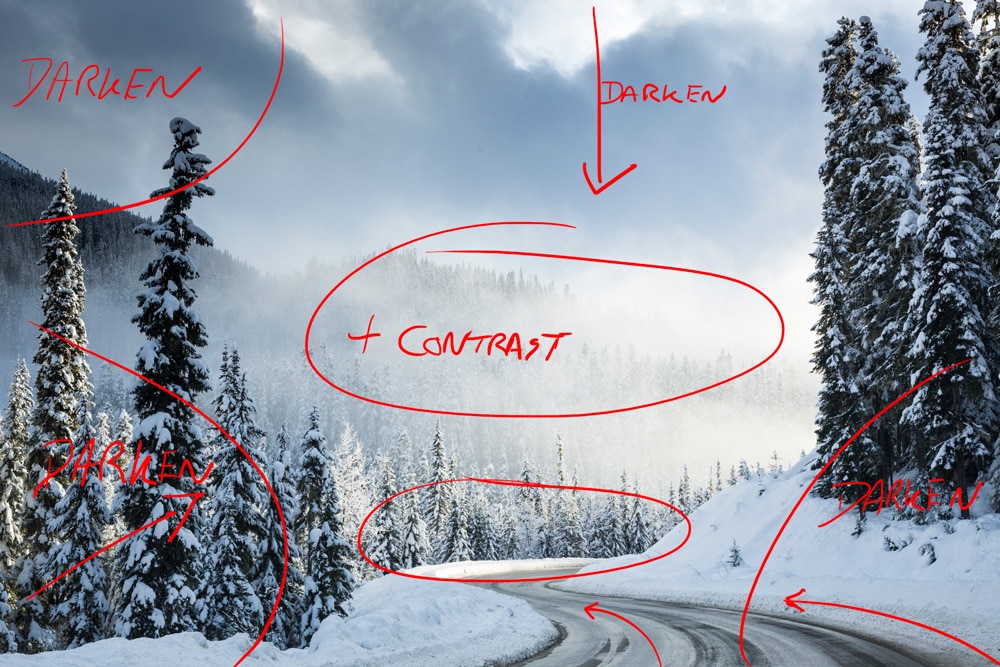 Roads are always a great tool to lead people’s vision into a photo, but what I like about this one is that it shows you just enough to get your imagination going, and then it rounds the bend, leaving the viewer to fill in the blanks a little bit imagine what’s round there. Images that invite people to use their imagination like this are often seen as inspirational, and there’s the romance of “the great open road”.  Not having any other cars in the photo adds to the idyllic feel of it all, but also makes it easier for people to romanticize about them driving the road, rather than looking at a photo of someone else driving it. BIG difference!

From a compositional point of view, the main thing that I wanted to do was start the road right in the bottom right-hand corner of the image.  This is the main reason why it took me several “laps” to get the shot, because I was shooting blind with my camera out of the window and one eye on my rear-view mirror for incoming cars. Leading lines are often much stronger when they start in the corners because we often start looking in the corners ourselves, so the viewer is instantly connected with the line.

The next big compositional choice was actually done in Adobe Lightroom.  Since the viewer will tend to gravitate towards the brightest part of an image, you don’t want that to compete with your other main compositional tools, in this case, the leading road lines.  I wanted the brightest part of the image to be the furthest visible point in the road, so the two vision tools (brightest spot and leading lines) strengthened each other. To underline this, I subtly darkened a lot of the image in the foreground, the left side and the sky.  This has the effect of pushing the viewer’s vision towards the furthest bend in the road.  My goal is always to try and make that look as natural as possible, and hopefully the viewer doesn’t even know they have been affected in this way.

I don’t like to do a lot of post processing to my photos, but when I do, it’s treated as a compositional tool to direct vision.  I never edit photos just for the sake of editing them, there’s always a good reason.