Behind the Shot: Blood Moon Rising 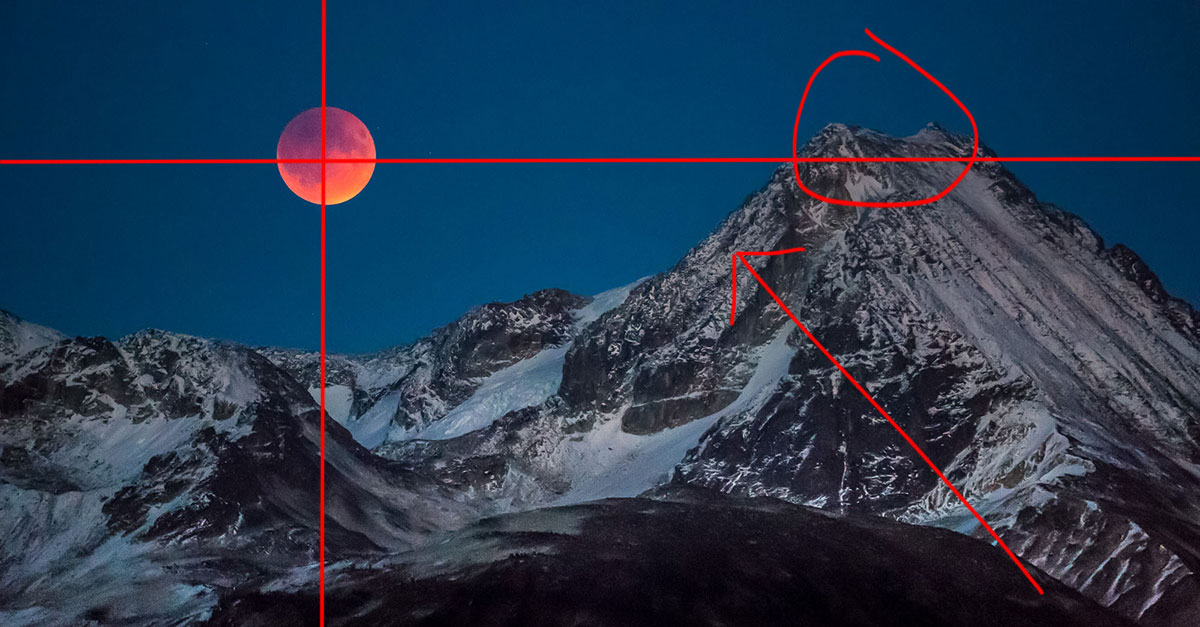 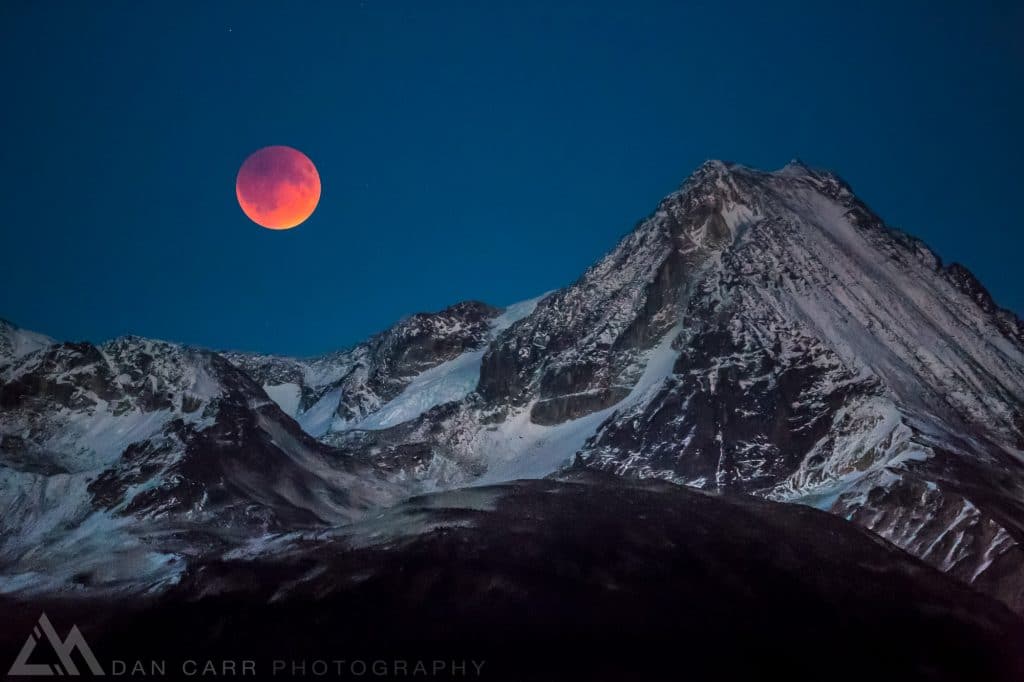 A Blood Moon is the name given to a specific type of lunar eclipse where The Moon turns a dramatic orange colour at the point of total eclipse.  A so-called Super Moon is a full moon that occurs at the point in The Moon’s orbit where it is closest to The Earth. In 2015, these two events coincided with each other to produce a “Blood Super Moon”, something which won’t happen again until 2033!

I’ve previously shared a tutorial I created on how to shoot a lunar eclipse, and I set out again this time with a new image in mind. Previously I’ve shot The Moon’s transition, as detailed in that tutorial, but this time I wanted to ground the moon in a specific location.

I live just outside Whistler, British Columbia, and I’d noticed that The Moon was due to rise in the late evening at a point where it would be well into the eclipse already.  This meant that shooting a sequence of the transition and combining the shots in Photoshop, as I did last time, would not be possible this time around, but it would give me a chance for something even more unique…

Balancing the bright exposure of the moon with the ambient exposure of the landscape is always tricky.  I hoped that at this point in the evening, there would still be some residual glow from the sky that would help illuminate the landscape to a similar level as the Blood Moon.  This would allow me to capture a single exposure, rather than using any Photoshop compositions or in-camera double exposure techniques as many others have done. There’s something inanely satisfying about shooting something with the single click of a button, so that’s what I set out to do.

We have several well known mountain peaks in Whistler, so I used the PhotoPills iPhone app, combined with Google Earth and another app called Night Sky, to predict the path of The Moon.  I settled on Wedge Mountain as my target as it was the only one that was going to line up correctly and hopefully get me the correct elevation on the opposing mountain.  I had to figure out how high to climb the opposite mountain.  Too low and the point of total eclipse would occur before The Moon rose into my shot.  Too high and it would appear to happen too high in the frame for the shot I wanted. 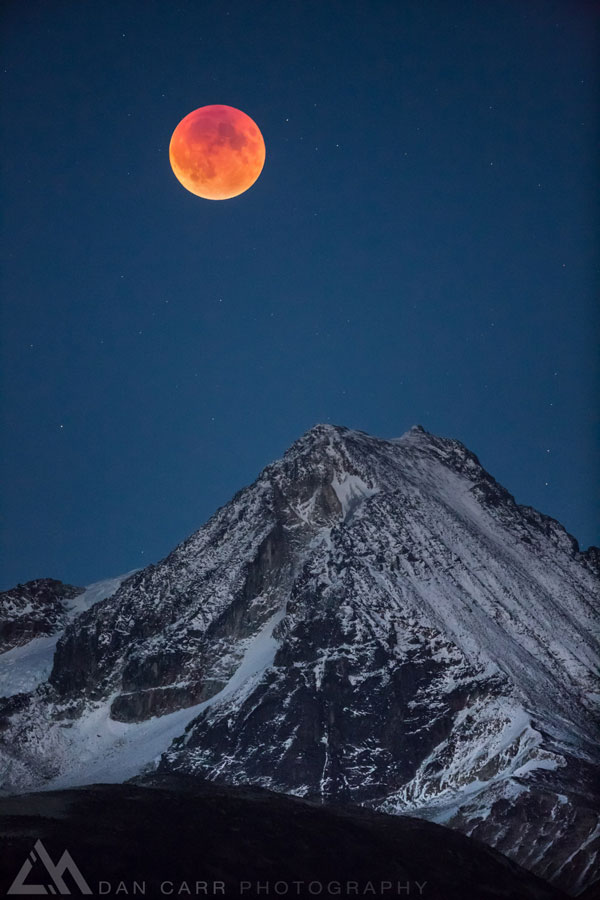 I also shot a vertical version that I’m equally pleased with.

The moon moves surprisingly fast, with a long lens you can see it moving within the camera’s viewfinder so I had to maintain a reasonably fast shutter speed of 1/4 of a second.  This meant pushing my iso up to 10,000.  Thankfully, Adobe Lightroom’s noise reduction settings are amazingly powerful and I was able to remove banding from the blue sky using the colour slider in the noise reduction settings, then remove the worst from the rest of the frame with the luminance slider.  Minor tweaks were made to the colours and then I exported the shot to Photoshop to run the Smart Sharpen filter.  This does a great job of selectively sharpening specific tonal areas, so it’s a handy tool when you have a higher iso image where you don’t want to sharpen, and hence pronounce, the noise in the shadows.

There’s been an overwhelming response to this image in the few hours since I first posted it on social media and it’s been shared around by several outlets, including 500PX who featured it as their favourite Blood Moon photo 🙂  Thanks to everyone who liked, retweeted and shared it many tens of thousands of times already!  It was even featured on NBC news in the USA.