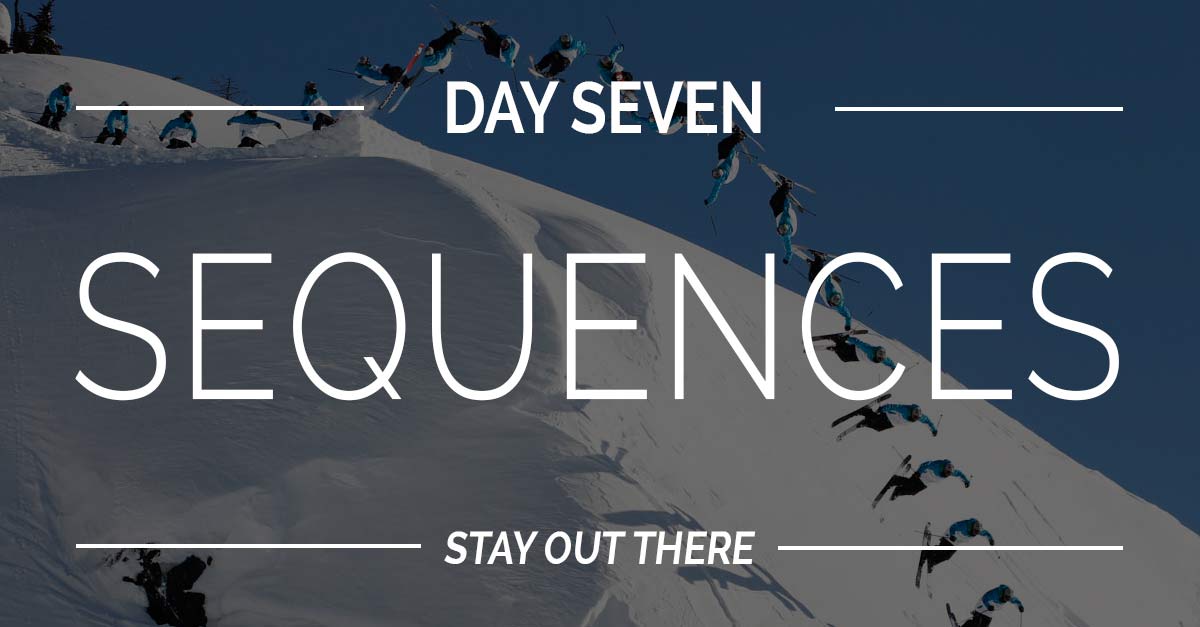 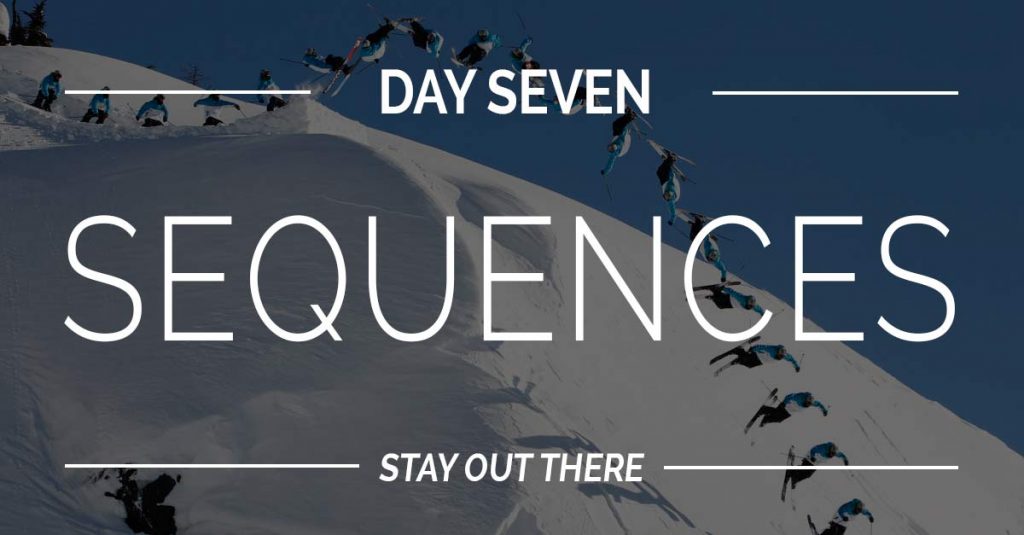 For day #7 of my Stay Out There 10-Day Challenge, I wanted to highlight one of my favourite Photoshop techniques, called a sequence.  This is a technique that involves taking a number of photos in quick succession, and then layering them on top of each other in Photoshop CC.

This kind of technique used to be confined to photographers with professional grade cameras, dude to the necessity for a very fast frame rate.  Thankfully these days, my iPhone shoots photo bursts and 10fps, and even my recently purchased Sony RX 100 IV pocket camera shoots at a mind-boggling 16fps!  Both of these are actually faster than my DSLR now. 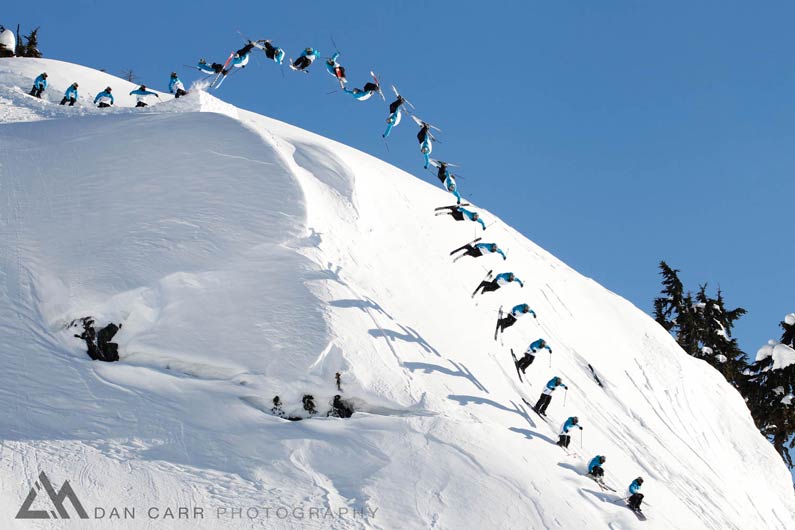 I also made an animated GIF of the sequence in Photoshop CC!  Click it to view the animation.

When is a good time to use a sequence?

A sequence is a tool that helps you to tell a complete story in a single image, when you subject is moving throughout a scene in some way.  It’s particularly effective to use when the subjects position in a single frame, could be ambiguously interpreted.

Take this skier for example.  His name is Sammy Carlson and he’s an X-Games gold medalist in skiing. In this photo he is doing a double backflip off this jump that we built for him.  Why have I underlined double?

If I had shown you a single photo of this trick, perhaps with him upside down, it would look like he’s doing a single backflip.  You would have no way of telling that he’s actually performing a much more difficult trick.  The sequence technique has revealed much more of the story to us, and also showed us that not only did he do this, but he also landed it cleanly and skied away at the end of it.

See what I mean?  A sequence is a powerful tool to help you explain potentially complex images that might otherwise leave a viewer wondering what’s going on.

Whilst they are often used in various forms of sports photography, they can be used for many other things as well. Complex movements of animals can be revealed by sequences as well, such as birds taking to flight from a perch, or diving to the ground to snatch up some prey.

How to make a sequence

If you are a Creative Cloud Photography plan subscriber, then you have access to Photoshop CC and this is the key to making this process nice and easy.

Set your camera to its fastest shooting speed, and ideally in manual exposure mode if it allows it.  This keeps each individual image looking the same.  When you are ready to start taking the photos, you’ve got to keep the camera steady!  Do not pan the camera with your subjects movement as this will really make the Photoshop work much harder.  A tripod is the best way to prevent any camera movement in this instance.

Once you have your photos, open Photoshop and head to File>>Scripts>>Load files into stack…

Select the option to align the images in the stack, and let Photoshop work its magic.  It’ll create a single Photoshop file with each image as a separate layer. 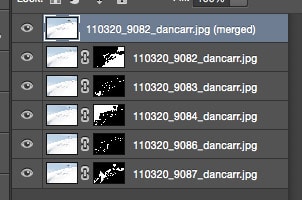 After lending the layers, this is what your layer palette will look like

Again, Photoshop will do some of its magic and add layer masks to each individual image to reveal only the things that aren’t in the previous one.  It’ll also create an additional layer on the top of your stack that has all of the layers combined into one single, flattened layer.  If you need to tweak anything, just grab your brush and work on the layer masks for the necessary layer.

Give it a try next time you’re out shooting!

There’s lots of different ways to enter this contest once you are logged.  Don’t worry, we only need your email address so that we can contact you if you win!  We’ll always keep that information safe.  The Facebook login option is just an option to speed things up, but you don’t have to use it if you don’t want to. The giveaway is open to anyone over the age of 18 except those residing in places that prohibit it by law.