7D Mark II – What’s Really Going To Make A Difference For Your Photography? 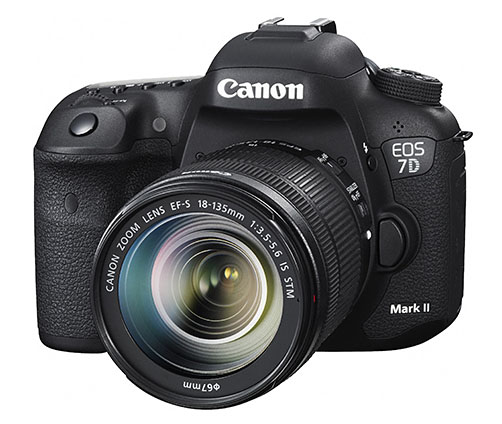 A few days ago I posted my initial thoughts on this interesting new camera and I continue to experiment with it as much as I can right now.  It’s both simple to use and paradoxically, incredibly complex. How is this possible?

As I mentioned in the earlier post, I felt right at home with the camera as soon as I picked it up.  It feels like my 5D Mark III and all of the major buttons and functions work in the same way.  If you’ve shot with a 5D Mark III, you can have this thing up and shooting in 10 seconds flat.  On the other hand, there are some significant new options buried in the menu system that allow for some amazing new customization options, the like of which we’ve never seen before on 5D or 7D models.  In fact some of these options aren’t even available on the 1DX.  I’m going to have to publish a separate post to explain my own custom settings when I’ve satisfied myself that I’ve got them dialed in just how I want them.  Keep an eye out for that in the coming days.

Today I wanted to address a few comments that I’ve had both personally, and seen in various places on the internet.  There’s a TON of 7D Mark II coverage out there and one minute we’re reading about the poor sensor performance from DxO Mark, then the next we are reading reports that this camera has the best weather sealing of any camera, EVER.  Numerous YouTube videos are also popping up showing the incredible performance of the AF system as well.

I’m not yet ready to draw a full conclusion on this camera, I’m not rushing to join the crowd, but rather taking my time to use it in real world scenarios and not contrived tests.  This is an important camera for Canon and I know that over the years between now and whenever the 7D Mark III is released (which could be 5 years from now) hundreds of thousands of people are going to read my review so I want to make sure it’s spot on.  In the meantime though I will continue with the coverage as I get to know the camera a bit better and today I wanted to touch on the things that are going to make a difference to YOU.

Spoiler Alert – It’s NOT all about sensor performance

I truly believe that people get way too caught up in sensor performance tests and with this camera in particular I think it’s clouding some peoples judgement on it.  Yes, Canon are behind Nikon in the sensor performance stakes and arguably slipping behind Sony as well.  But does this actually make a difference in the real world? The high ISO performance of the 7D Mark II is clearly very good for an APS-C camera and it’s much better than it’s predecessor, a camera that’s served many people well for a long time.  It might not be best in class, but it’s still better than before.  On the other hand, it’s clear to me that where the 7D Mark II really is best in class is the speed and AF performance.  The AF system is incredible and arguably better than the one in the flagship $6000 EOS 1-DX because the AF points cover more of the image area.  There’s no other APS-C camera that comes even close to the 7D Mark II as a sports and wildlife photography camera.

Which of these things do you think is going to make the most difference to YOUR photography?  Of course a lighting fast AF and 10fps burt rate won’t make you a better photographer, but if we remove your own artistic skills from the equation for a minute, these things can most definitely get you shots that you would otherwise not have gotten.  That perfect catching frame at your local high-school football match or the perfect wing position of the bird in flight that you’re tracking.  Whatever it is that you are shooting, there will always be a perfect peak action moment that, when captured, elevates an image to another level.  In many sporting or wildlife scenes it’s the difference of a fraction of a second between cover shot and deletion .  This is what’s really going to make the difference to your photography.  Nobody is ever going to look at your perfectly timed tack sharp photo photo and say “man that’s a great shot, it’s just a shame it doesn’t have a little more dynamic range like a Nikon camera.”  It’s simply not going to happen! To 99% of people, the differences wouldn’t even be visible in a blind test.

People fixate on these numbers and then bring their images into programs like Lightroom where they proceed to bump up the contrast and destroy the dynamic range of the image anyway.

I’ll admit that a higher useable ISO can lead to more images because you can shoot with a faster shutter speed, but from what I’m seeing so far, this camera is more than capable at ISO 1600 and probably 2000 and 32000 when Adobe releases Raw support for it.  For editorial work where the output is online or newspapers you’ll be able to push even higher than that so we are well beyond what was capable with its predecessor.  Yes, sensor improvement would be nice to see from Canon, and I don’t know why they are lagging behind.  But is it going to make a difference to my photography?  Heck no.  Not one iota.  What’s going to make a difference to me this year is that I now have an APS-C camera that’s transforms my 200-400 f/4 into a lens that can give me an equivalent reach of just shy of 900mm and do it with 10fps and the best damn AF system I’ve ever seen.

My 2 cents for today.