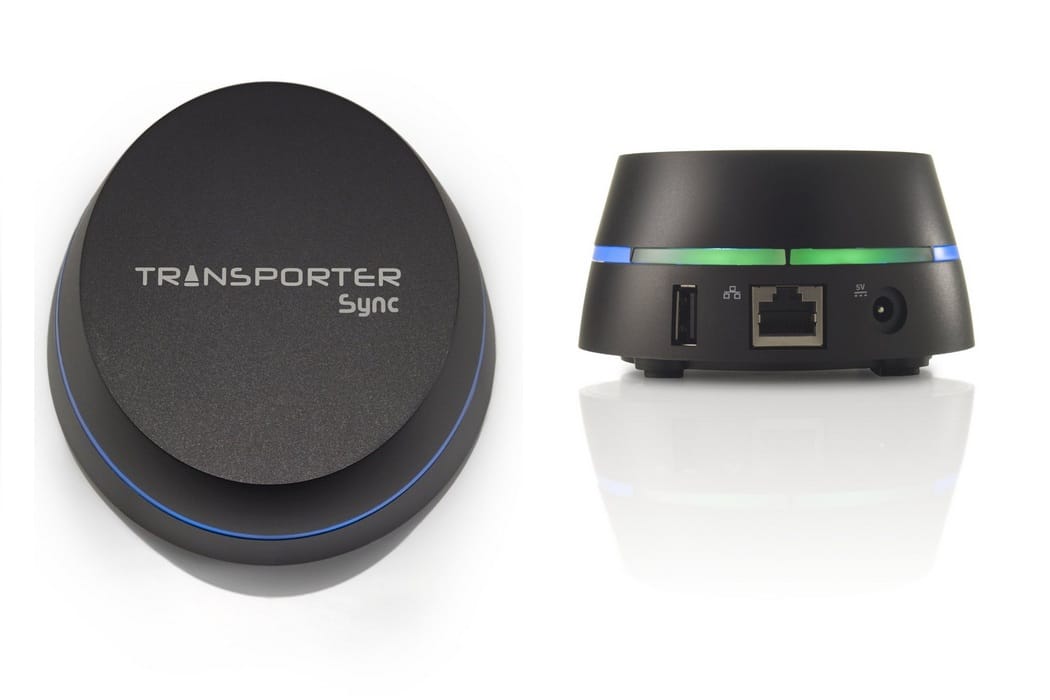 The Transporter is a device for creating your own cloud storage so that you can be free from the monthly payments of services like Dropbox and Google Drive.  I’ve watched the development of the Transporter with great interest.  The company that makes it, Connected Data, was founded by Geoff Barrall who used to be CEO at Drobo. Shortly after they launched their first product, Drobo purchased Connected Data though so whilst they sort of seem to operate as separate companies at the moment, in name at least, technically these are Drobo products and I have been dealing with Drobo support on my issue.

I recently purchased the Transporter Sync, which is the version you plug into a USB drive but you can also get a variety of other options that come with a 2.5″ SATA drive built in.  The theory is that you plug it into your router, stick it into your closet and forget about it.  It acts exactly like Dropbox, giving you the ability to drag and drop files into a folder on your computer and have them sync seamlessly across all your devices.  Including mobile devices.  The beauty of it is that you could plug a 4TB USB drive into it and you’ll have no monthly fees at all, just $99 to buy the Transporter Sync in the first place, and of course the cost of the drive.

I’ve had one of these on my “to buy” list for quite some time and now I find myself working more remotely I decided to jump right in and re-purpose a USB drive that I wasn’t using.  Setup was a breeze, it really was, I just can’t fault it.  In less than 5 minutes I had it all up and running and I was happily pushing files up to my new personal cloud.  Stoked!  Now you guys know by now that I tell it like it is…… so here comes the downer.  The very first time I went to do some work from a cafe, I tried to access my files and the Transporter tool told me my Transporter was offline.  Frustratedly I drove home and couldn’t see any problem with it at all.  The drive was running, the network lights indicated an internet connection on both the router and the Transporter and the other Transporter light indicated everything was A-OK. Restarting the Transporter didn’t work and in the end it was an unknown combination of pulling power, USB and network cables that finally got the “offline” status to change to “unsupported USB drive”.  At least though it seemed to be working again despite that particular error message.

Then it occurred to me…… why the heck should I be going through this??  This was supposed to make things easier for me!  The whole point of it was to give me offsite access to my files, what if I hadn’t been within easy driving distance?  Yes it’s great to lose the monthly fees of cloud storage, but what you forget then is that services like Dropbox and Google Drive are redundant.  They may go down for a few minutes here and there but they aren’t going to crap out on you completely like this did because they have huge teams of engineers to take care of problems should something occur.  With Transporter you are at the mercy of the technology and for me, even though I was SUPER excited about putting this device into my workflow, I quickly concluded that a regular cloud service is going to be a far better option.  At the same time, Google announced a HUGE price drop on their Google Drive storage.  You can now get 100GB for only $1.99/month or 1TB for $9.99 ( it used to be $49.99).

So I’m returning the Transporter and I’ve signed up to Google Drive for 1.99/month because it just works.

I’m still interested to see where Transporter goes in the future.  I think it’s pretty much a given that since Drobo purchased the company, the technology will simply be built into Drobos and for me that is immensely exciting.  Yep I’ve had my fair few issues with Drobos in the past but I have to tell you that since I switched to the Thunderbolt enabled Drobo 5Ds they have been just phenomenal. I swear it’s like a whole new product and I’d recommend them to anyone in a heartbeat.  I’m running two of them in my office (which I torture tested before I switched to them) and they have been amazing.  The thought of having Transporter abilities in those so that I can log in remotely to retrieve an archived photo file is exciting.  For must-have documents though, for now Google Drive will be my go-to option.