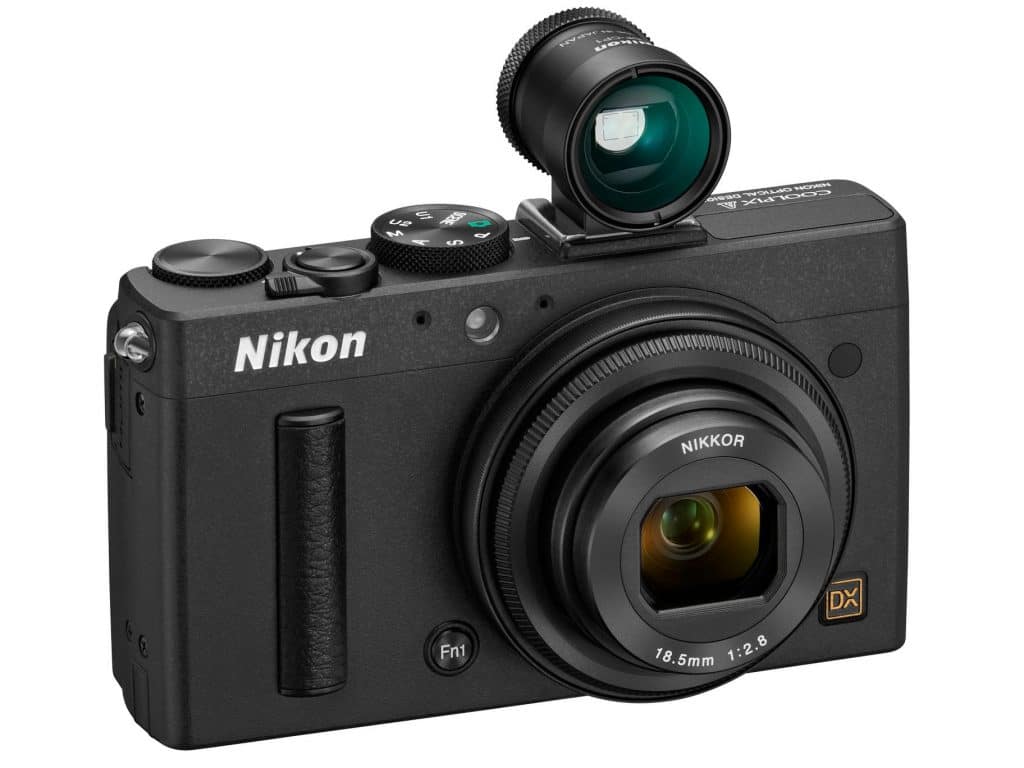 Nikon have jumped into the large sensor compact camera market tonight with the launch of the CoolPix A.  Leaving the stupid name aside, this actually looks like a nice little camera.  The DX format sensor is mated with an 18.5mm f2.8 lens which offers a 28mm equivalent in 35mm terms.  An optional optical viewfinder gives you a decent framing option and a 16MP sensor will no doubt deliver decent images given Nikons recent success with DX cameras.  They also announced some other Coolpix camera which frankly I couldn’t care less about so I’ll skip that one 🙂

The Coolpix A look like it will go head to head with the FujiFilm X100s in the marketplace as there aren’t all that many large sensor fixed lens cameras out there.  Yes there’s the Sigma DP whatever and the Leica but the Leica is overpriced and nobody understands the Sigma DP Merrill cameras (though by all accounts they do produce lovely images)

Here’s the immediate problem with that though…. the Fuji X100s is only $1299.  To get into a near apples to apples comparisson you would have to buy the optical viewfinder for the Nikon Coolpix A and then you’d be in for a total of $1550 !  Given the following behind the stunning physical design of the X100s and the initial stellar reports of its new AF system I think it might be a tough sell unless you are a die-hard Nikon fan.

B&H have the Coolpix A for order HERE

MELVILLE, N.Y. (March 4, 2013) – Today, Nikon Inc. announced two new advanced performance COOLPIX cameras, built for the customer seeking the best image quality possible with the convenience and ease-of-use of a compact camera. The Nikon COOLPIX A is the first COOLPIX to incorporate a DX-format sensor, similar to those found in many of Nikon’s coveted D-SLRs, which provides the highest image quality possible from a compact point-and-shoot. Additionally, the small yet powerful COOLPIX P330 fits comfortably into a shirt pocket, yet gives users the confidence to capture beautiful imagery through amazing optics, low-light capabilities and creative control.

“The introduction of the COOLPIX A, as Nikon’s flagship COOLPIX camera, provides uncompromised image quality and incredibly sharp detail in a compact point-and-shoot camera. As the first COOLPIX to use a DX-format sensor, the COOLPIX A will exceed expectations for its unsurpassed performance,” said Bo Kajiwara, Vice President of Marketing, Planning and Customer Experience, Nikon Inc. “The COOLPIX A, along with the COOLPIX P330, demonstrates the forward-looking direction of the Advanced Performance COOLPIX line, and packs all of the benefits of Nikon’s optical heritage and imaging experience into a compact, yet powerful package.”

For those who never settle for second best, this new duo presents the optimal choice to consistently capture high-quality images and HD video with outstanding clarity and detail. Thanks to their exceptional CMOS imaging sensors and world-class NIKKOR lenses, these cameras deliver brilliant photos amidst the action, even in low-light conditions. With compact designs and advanced feature sets that allow users to easily grow and improve their image or video shooting skills, these new COOLPIX cameras provide creative control and connectivity options for the photographer in everyone. These new cameras also join the ultra-zoom COOLPIX P520 and performance powerhouse COOLPIX P7700 in Nikon’s series of COOLPIX Advanced Performance cameras.

Once a still or video has been captured, both cameras let users share images instantly with family and friends when connected using the optional WU-1a Wireless Mobile Adapter*1. This accessory pairs with the free downloadable Wireless Mobile Utility application1, which enables users to transfer their images and videos to compatible smart devices and tablets for easy sharing and viewing with others.

The COOLPIX A: Nikon’s First DX-Format COOLPIX Camera Unlike any other COOLPIX camera, the new COOLPIX A is equipped with a DX-format CMOS sensor that enables users to achieve superior image quality previously only possible with a Nikon D-SLR. The combination of this 16.2-megapixel DX-format sensor and ultra-sharp prime NIKKOR lens firmly positions the COOLPIX A as the reigning flagship camera in the COOLPIX line.

The all-glass 18.5mm (28mm equivalent) prime lens has an f/2.8 aperture, allowing users to shoot with a shallow depth of field to blur backgrounds for professional-looking photos. Even when the sun goes down, the lens offers the ability to turn a fleeting glance into a flattering moonlit portrait with just a press of the shutter. Always ready for the spontaneous moment, the camera’s quick AF performance and 4 frames-per-second (fps) burst help users to consistently capture any moment with outstanding image quality.

For those who want to push their photography skills, the versatile COOLPIX A also offers advanced settings to allow shooters to have complete creative control to master nearly any shooting situation. With multiple Scene Modes, a familiar manual focus ring, full manual exposure controls (P,S,A,M), and the ability to shoot RAW/NEF image files, even a simple snapshot can be transformed into artistic expression.

Additionally, the COOLPIX A offers a variety of accessories to enhance the shooting experience, including the DF-CP1 Optical Viewfinder, the UR-E24 Adapter Ring for attaching lens hoods and filters, and the HN-CP18 metal Lens Hood, which helps protect the surface of the lens and restricts light from passing through without negatively influencing images. The camera also has a full size hot shoe port that makes the camera compatible with various accessories such as Nikon Speedlights.