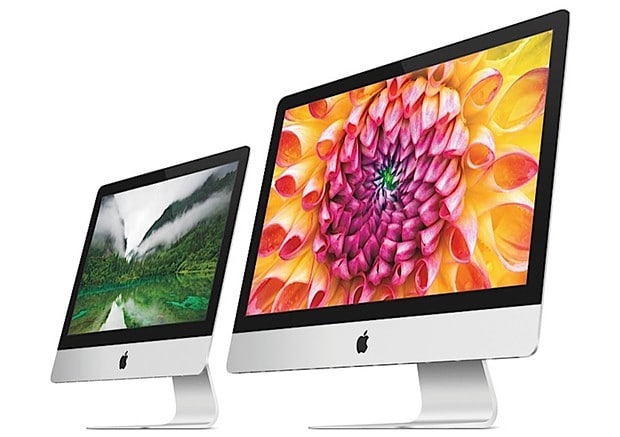 Apple announced a slew of new products yesterday and all of them have potential to offer something for the photographer.  As I sit here waiting for my flight to PhotoPlus Expo in New York I thought I’d put down some thoughts on these new products as I am , or have been considering several of them myself.

First let’s start with the new iMac.  This represents one of the largest jumps in design for the iMac since the very beginning of line.  The new ultra-thin panel  and curved back design give the illusion of an impossibly thin machine and from a physical perspective this, in my opinion is one of Apple’s most beautifully designed products.  But how does it fare under the covers ?  I’ve heard polarized opinions from my followers in the last 24 hours.  Some are itching to grab one and some think it’s nothing but a cosmetic makeover. I’m definitely in the former group though and here’s why I will be picking up a 27″ in December……

I’m currently running a Hexcore Mac Pro but I’m sick of waiting for USB3 and Thunderbolt to be added to that line.  What always held me back  from an iMac was the screen, it was very reflective and not conducive to color correction work.  With this new update though it seems Apple has listened to concern from many people and really made some changes, now offering 75% less reflectivity and a dedicated mention on their site pertaining to color calibration.

every single display through an exacting color-calibration process using three state-of-the-art spectroradiometers: one to measure gamma, one to measure white point, and one to check the work of the other two. This equipment is tuned to meet color standards recognized around the world for precision and accuracy.

Whilst the new iMac is available in both a 21.5″ and 27″ version, the only one a professional should consider is the 27″ version as this is the only one that allows you to add more RAM when needed.  The 27″ has a user accessible hatch on the back panel for 4 slots of RAM.  With the 21.5″ version you are stuck with whatever you choose from day 1.

The top of the line 3.4GHz quad-croe i7 version which I will be getting should easily out pace my two year old hexcore Mac Pro which only has 112GB of RAM.  I’ll be speccing the 27″ with 32GB !  So this setup will be faster than my Mac Pro and with a seemingly beautiful 27″ monitor.  I’ll admit though that I will miss being able to insert 4 internal drives like I can in the Mac Pro but Thunderbolt goes some way to solving that problem and I’ll use a stack of G-Tech 3TB Thunderbolt drives daisy chained together instead.  It also give me the opportunity to move away from my Drobos and find a new solution for my main file storage system.

Apple also includes an option for what they are calling the Fusion Drive, a hybrid SSD, HDD that gives the best of both worlds.  A 128GB SSD is automatically used for all your programs and files that you use on a regular basis, including the operating system while a 1TB or 3TB HDD hold everything else.  The two drives appear as one in the Finder though and the split of programs and files between the two is handled automatically based on what you use the most.  Very clever. 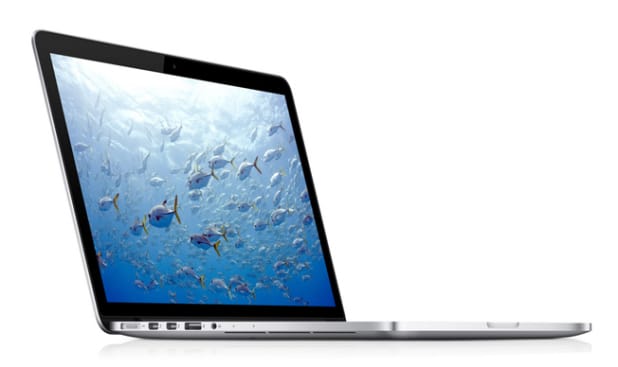 I want to talk specifically about this product as well because before the announcement I was pretty set on getting one.  I love the 15″ Retina but it’s simply too big for me , I really love having a smaller solution on the road.  I was excited to see that all the ports on the 13″ are the same as the 15″ , 2 x Thunderbolt , 2x USB3 , HDMI, SD card etc etc  The disappointment came when I looked deeper at the specs and fine print.  On the 13″ Retina there is NO way to add more than 8GB of RAM, not even as a special upgrade.  8GB is your lot, and it’s welded to the motherboard too so no after market upgrades are possible either.  The 15″ Retina on the other hand had an option for 16GB of RAM.  I was also disappointed to see the use of the Intel HD4000 integrated GPU.  No discreet graphics chip as in the 15″ Retina.  Looking closely at the specs there is very little to discern this laptop from the 13″ Macbook Air which also features Intel’s chip.  So you are paying about a $500 premium for the retina display and a few more ports, for some people that will be worth it and I’m sure they will sell a truck load of them but for me it doesn’t work.  I love the Macbook Air so much that the Retina needed to be a perfect 10/10 option for me to think about upgrading but it has fallen short.  My current 11″ Macbook Air is a few years old and without USB3 which I would really love to have, hence the contemplation of an upgrade, but it looks like I might simply upgrade to the new 11″ Air (maybe 13″) or simply sit it out another year and wait for the Air to get a Retina display which it surely will at some point.

I guess I should thank Apple actually for not hitting a home run with this one since it would otherwise make for an expensive Q4.  I have to wonder though where they will take the Macbook Air next year since the specs of the 13″ are so close to this Retina already that they run the risk of the Air being more powerful than their pro targeted computer once they give it the yearly spec bump.

Forgive me if I gloss over the updated iPad , whilst it’s nice to have a faster processor I don’t think it’s going to make a huge difference to most people and for photographers , meh, I’m bored already.

I own an iPad 2 which I have for showing people images , mainly at trade shows when people ask me “what exactly is it you shoot anyway ?” .  I have it here with me now on my way to New York.  If you already own a laptop then I see little point in the regular iPad these days and I gravitate to using my laptop most of the time when I’m traveling, apart from reading books, watching movies and showing photos.  Can I show photos on the new iPad mini with ‘only’ a 7.9″ screen ?  You bet I can.  Photos still look gorgeous even though the screen is not Retina and I know that because the iPad mini screen is the same resolution to the iPad  2 that I’m already using.  SO if you can do all the things I do on my iPad in something smaller, cheaper and even lighter then why the heck not.  It looks to me to be an excellent iPad for someone who already has a laptop for most of the heavy lifting traveling duties.  For lighter tasks the mini looks great.

FCPX was also quietly updated with new multi monitor support and most importantly native r3d support for Red Raw files.  Well done Apple! This is a great update and proves their heart is still in the pro market for that product at least.