Behind the Shot: Aurora In Whistler 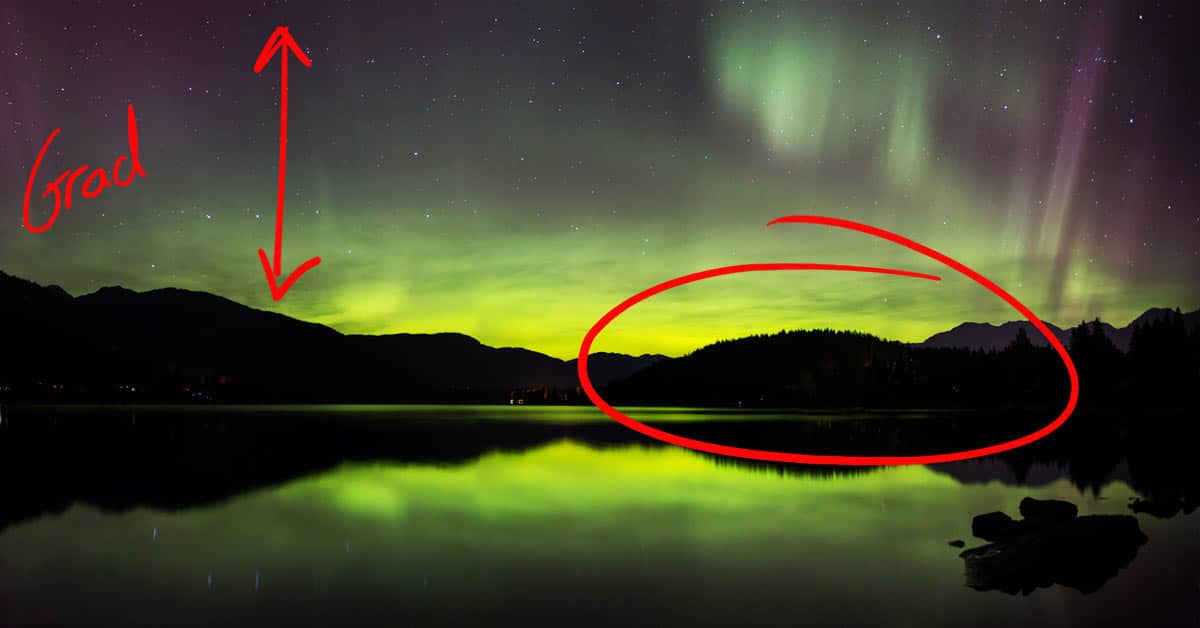 From time to time, geomagnetic storms occur with such strength that fabled northern lights, or aurora, can be seen at much lower latitudes than you might expect. Whilst I live in Canada, I’m not that far north so this is a relatively rare occurrence.

Not only do you need to get a solid storm, but it also needs to coincide with a near cloudless night, and also a night with a new moon, or one that has set very early. As with all nighttime photography, your star gazing success will be hampered if you are fighting with the light from a moon.

Should all three of these conditions come together for you, the next thing is to find an area that’s pointing north, and one that doesn’t have a lot of noise pollution from a nearby town.  In fact, if I were you I would pre-plan your location so that you know what you’re going to do if all of these things come together.

My last piece of advice when picking a location, is to try and find some water. The reason for this is that it can effectively double the amount of colour in your image when you also shoot a reflection.  If you don’t have water in the shot, be aware that the foreground is going to be very dark compared to the brightness of the sky, and the image can become unbalanced very quickly if too much of that dark foreground is included in the frame. Water solves this problem in many cases.

I spent almost 5 hours out watching this incredible spectacle that night and it really was one of the most amazing things I have ever seen!

You’ll need a tripod for these kind of shot, there’s not doubt about that, but the exposure time is in question.  It really depends on the particular storm, for two reasons: firstly its intensity is important for determining the brightness, and secondly you also need to watch to see how it “dances”.

When the lights are really firing, rays of light will shoot up into the sky.  If you use a long exposure, these individual rays will be lost in the image and things will merge together to become one much larger bright, coloured patch. If you shoot with a shorter shutter speed, you’ll be able to capture streaks of light and swirling patterns if you are lucky.

Anything between 5 seconds and 30 seconds can work, depending on the conditions. This shot of mine was 30 seconds, using my tripod and of course, a hand-help remote cable.

In Lightroom I used the graduated adjustment tool to drag an adjustment over the sky, where I then tweaked the black levels down and added a touch of clarity to bring out the pinpoint stars shining through. On the right side of the image where I have indicated with the circle, there were two cabins on the water’s edge which had lights on. These were removed in Photoshop with the clone tool because they were far too distracting.

The image is also a 2-shot panorama which was stitched together in PTGui.