Profoto updates their Air lineup again, introducing the new B4 Air which will take flash durations down to 25,000 of second.  This could well be the new king of portable strobes for action sports photogs.  My question is what is Elinchrom playing at ?  They have a loyal following in the portable strobe world with the Ranger RX but it has been years since any updates.  They need to come out with something new soon or I will be switching to this new B4 system! 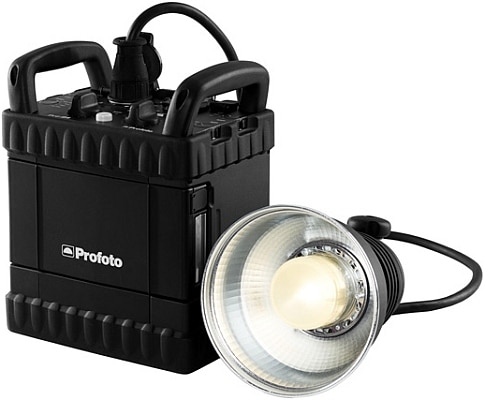 Thanks to the new, patent pending Hybrid Capacitor Technology, the Pro-B4 delivers flash durations down to 1/25,000 of a second – making it not only the shortest flash duration of any battery generator in the world, but also of any flash pack.

In addition to its short flash duration, the Pro-B4 is also the world’s fastest recycling battery generator. At lower power settings it is capable of firing up to 30 flashes per second, while the longest wait on full power is less than a second.

Featuring two independent outlets with individual controls and displays, the new Pro-B4 makes it as easy as possible for photographers to take full advantage of all features. The unit’s energy setting can be adjusted quickly with precise control in 1/10 f-stop increments. The unit’s display can be set to show the output in f-stops or watt seconds, and information about the flash duration on each head is easily accessible.

The Pro-B4’s powerful Li-Ion battery can fully recharge in less than 45 minutes and can be recharged while in use. This means that if the modeling light is used moderately, the pack can be used continuously while connected to a main outlet. In addition, the battery can be recharged just as fast with Profoto’s portable power source, the Profoto BatPac.

Finally, the Pro-B4 is the most durable battery generator on the market. The solid-cast aluminum chassis and the sturdy rubber frame ensure that it can take rough handling. All connections have protective lids and the pack has no air vents to help prevent water or dust from getting inside.