Behind the Shot: Milky Way and Meteors 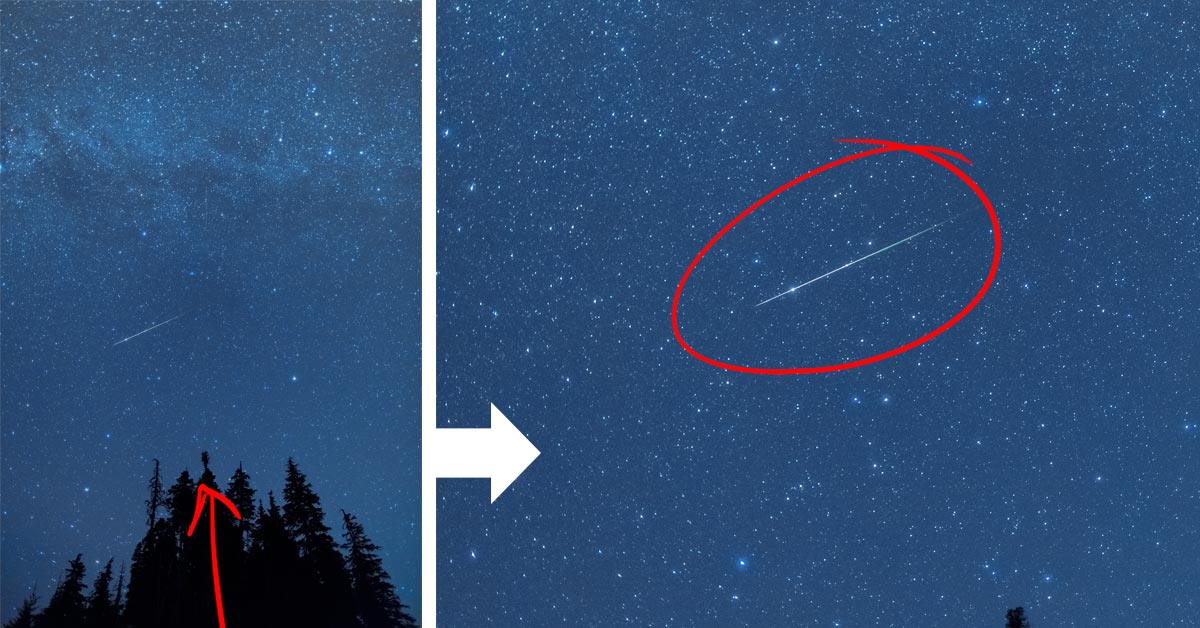 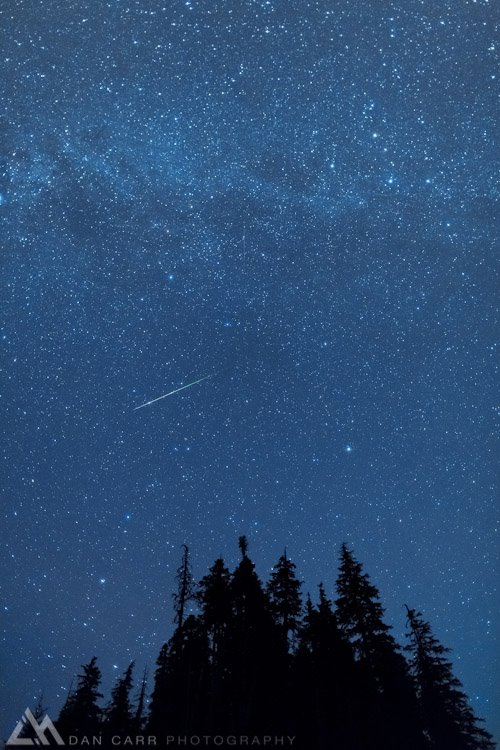 Some of you might know that every August the earth passes through the trail of a comet and we experience a meteor shower know as Perseids. This image of a meteor streaking through the sky was shot during an August Perseid storm and with the help of a little luck, I really like how it turned out.

Whenever you’re shooting the night sky, you need to find something else to include in the shot to help ground the whole scene and give things some scale. This can be something in the near foreground like the trees in this shot, or it can be something like a mountain or ridge line in what I would call the far foreground. Technically even a far away mountain is still the foreground when compared to the sky!

On a dark night with little to no moonlight, the foreground will be darker than the sky and create a nice contrasting silhouette in the shot. As always, contrast like this is an important and strong compositional element. In addition to finding some trees for this purpose, I also looked for a specific shape of tree cluster, and adjusted my camera angle to achieve this triangular pattern which appears to point towards the sky and deliver a nice implied leading line towards where my subject would hopefully appear.

Here’s where I needed a little luck… The camera was set on a tripod with a cable release attached and engaged. This meant that the camera would simply take repeating 15 second exposure. Since one shot started as soon as the previous one finished, I was guaranteed to capture the meteor as long as it went through my frame. The luck really comes in where the meteor crosses the frame, though. Had it been placed too close to the top, or even exiting the frame, the photo would be garbage.

In the end, I caught many meteors, but only one of them fell compositionally in the right spot. That’s fine, I only needed one 🙂 It would also have worked pretty well if it had been slightly higher in the image, but here it landed equidistant between the trees and the visible band of the milky way. I like the balance.

I kept the ISO high to keep the exposure time low and avoid any star trails.  If you’re unsure about that, I’ve previously written a tutorial on Shutter Muse about how to avoid star trails. This is where the awesome Canon 24mm f1.4 II comes in, and the decent high ISO quality of the 5D Mark III.  Minimal noise reduction in Lightroom cleaned this up to near perfection.  In all I spent about ten hours under the stars over two nights and it yielded probably three images that I’m really pleased with.