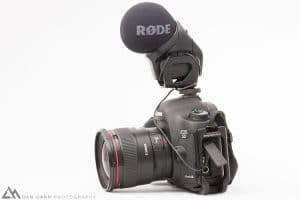 The Rode Stereo Videomic Pro is an upgrade to to the previous Stereo Videomic in a much smaller and more lightweight package. It takes a lot of design cues from the new Videomic Pro, using the same style of suspension system and a metal hotshot. Many who owned the original Videomic will know that the weak point in its design was the strength of this suspension system so it’s nice to see upgrades across the board now in Rode’s on-camera range. Watch the video below for some first hands on impressions and it will also give you an excellent idea of the physical size and design of the microphone. 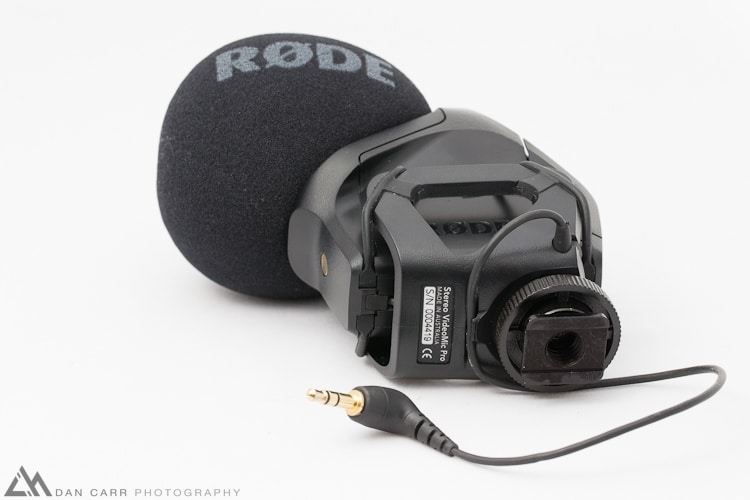 Overall, build and quality of build are acceptable for the price point of the mic, though it does not exceed my expectations in any area. For me the most glaring deficiency in the design is the need for a 9v battery to power it. Photographers and filmmakers alike own a collection of rechargeable AA batteries, you can almost guarantee it. Rechargeable 9V batteries though are far more scarce and require a different style of batter recharger. My experience shortly after receiving my review unit confirmed my initial impression. Upon realizing the need for a 9V battery I had to visit three separate stores before I found one that had a 9V battery in stock. The first store I visited was a dedicated electronics store that deals in cameras and computer peripherals. They did NOT stock a 9v battery. My local supermarket did NOT stock a 9v battery. I finally found one by driving to a gas station where I paid $9 for a battery. $9!! Plus the time and effort used to track one down. It’s been a long long time since I’ve had a product that require such a battery, I can’t even remember what the last one was and it seems clear that stores are carrying them less frequently as well. The inability to just pop to the nearest store to buy another battery in an emergency is a negative point and the fact that I would otherwise need to purchase (and carry with me) an additional type of battery and battery charger, compounds my annoyance at this decision. I understand that AAs are only 1.5v and would therefore require 6 batteries for an equivalent voltage (also unacceptable) so I hope that Rode are working on internal designs that can function on significantly less voltage for the future. 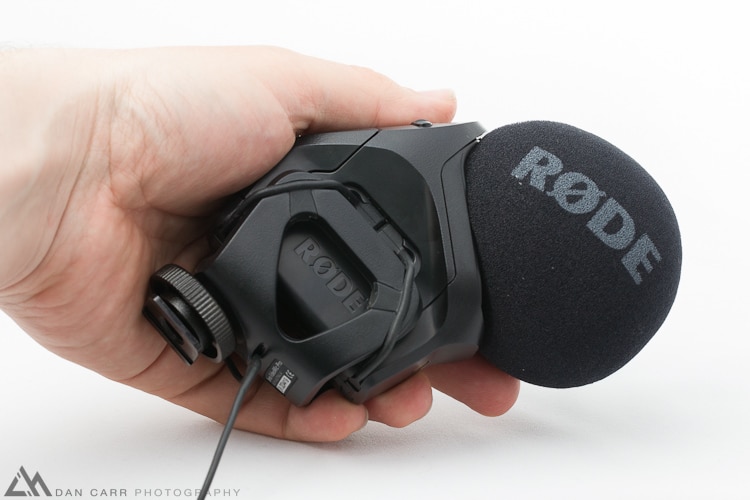 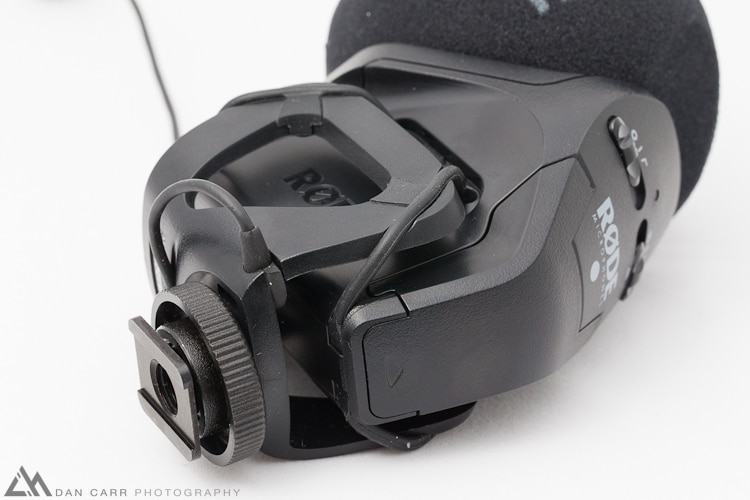 Really serious sound recording will always be done with a separate recorder so I felt that a good test for an easily useable on-camera solution was to show the differences between the on board microphones and the Stereo Videomic Pro. At this price point, for a lot of people this might be their first dedicated microphone so it seemed like a good place to start. Watch the video below to listen to a roadside recording which seems cars passing from left to right and right to left. This really demonstrates the stereo imaging that you’ll get from this mic, compared to the one dimensional results from the on-board miss of my 5D MKIII. I also threw in an extra sample of using the mic plugged into a Tascam DR100 MKII, an external recorder that I favorably reviewed recently. Likely a good example of a system that someone might upgrade to if it was their first time recording audio separately. For best results, obviously try and listen to this on a half decent set of spaced out speakers or headphones. No you iPhone or laptop speakers are probably not going to prove any points here….. 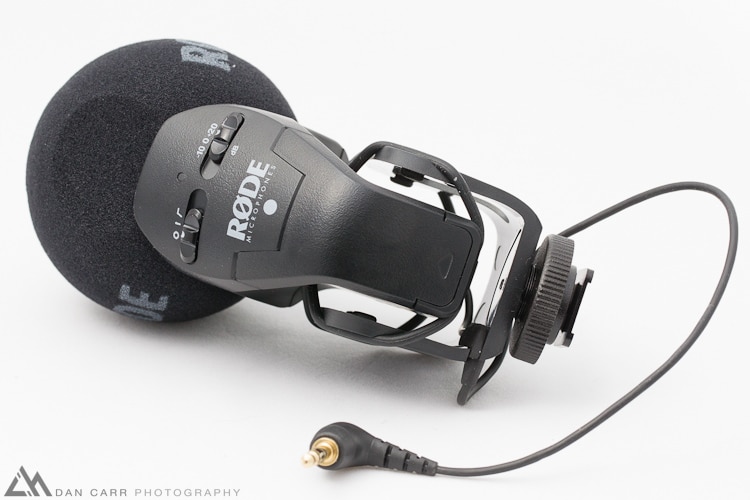 The majority of people creating videos with their DSLRs will be recording voices, people talking either in front of the camera or at the camera. The Stereo VideoMic is not designed for such purposes so it’s no surprise that it doesn’t fare well in such situations. If you are new to video making and audio recording then I would urge you, before making a microphone purchase, to understand the differences between the various types and what they are good for. Of course, if you’ve got this far down this review then you’ll have an appreciation of Stereo mic uses. Whilst it does fare better than a built in mic for recording voices, if that is going to be your main usage then you’re going to want to look at a shotgun mic of a lavaliere system. If your video projects involve more ambient recordings though then you’ll love the extra clarity and detail picked up by this microphone and the simplicity of just plugging it right into the camera is hard to beat for run and gun style situations. Benefits are increased further when using a camera such as the 5D , or the 7D with the upcoming V2 firmware that allows for manual control over the audio levels. Cameras that are locked into automatic gain can produce a lot of noise when recording ambient noises. When levels are lower, the camera will tend to artificially increase the gain ‘seeking’ the sound that you are trying to record. If you’re simply gathering low level background noise such as wind rustling in the trees, or a babbling brook in some beauty shots then automatic gain can potentially be a disaster.

On my 5D MKIII the Stereo VideoMic Pro worked very well though and if you are looking to record ambient audio from public events such as crowd noises or wildlife shooting then you will be pleased with this solution. The wide spread of the XY pattern miss means that you are far more likely to be able to capture representative audio from an unexpected source than if you had a shotgun microphone which would only allow you to capture what is right in front of you. If I were to only have one mic in my bag I would probably still choose a shotgun, but I tend to record a lot of interviews. If I was shooting a lot of wildlife of events though then I would most certainly have one of these in my bag. If however you are looking for a one solution fits all type of recording solution then I might also recommend the Zoom H4N or Tascam Dr-40. Both of these also produce good stereo tracks but also perform slightly better than the Stereo VideoMic does for interview situations as you can rotate the mics and limit the width of the spread. Of course both of those are external recorders and therefore require the audio to be synced in post which won’t be a suitable solution for a lot of people.