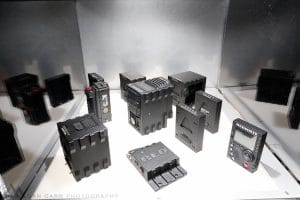 RED announced a barrage of new products at NAB last week, including the details of the much anticipated Dragon sensor upgrade.  For $6000, Epic owners will be able to upgrade their current sensors to a 6k sensor which will also offer improvements in dynamic range. 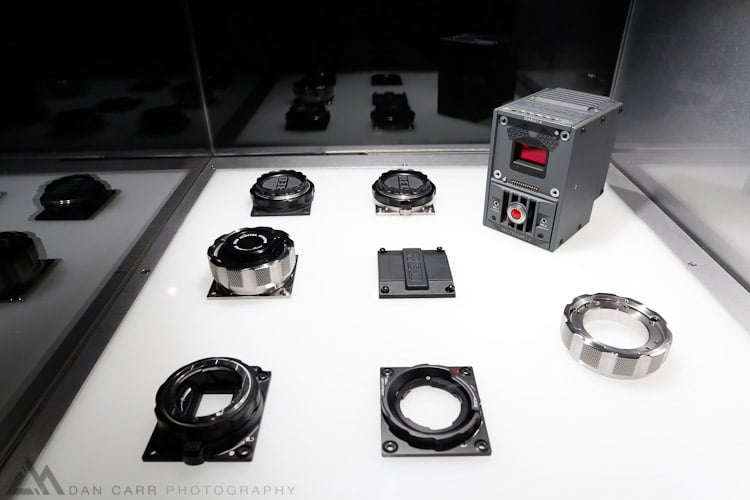 Lots of mount options out there now with Nikon and Leica having been added to the lineup.  I was able to briefly try out one of the first Leica mounts with a Noctilux 50mm lens one evening, it is quite bizarre to have such a small lens on such a big camera but to have the option at all is pretty neat.  Feature application is pretty limited due to the inability to add any kind of follow focus though but for hand held travel shooting it would be a lot of fun. 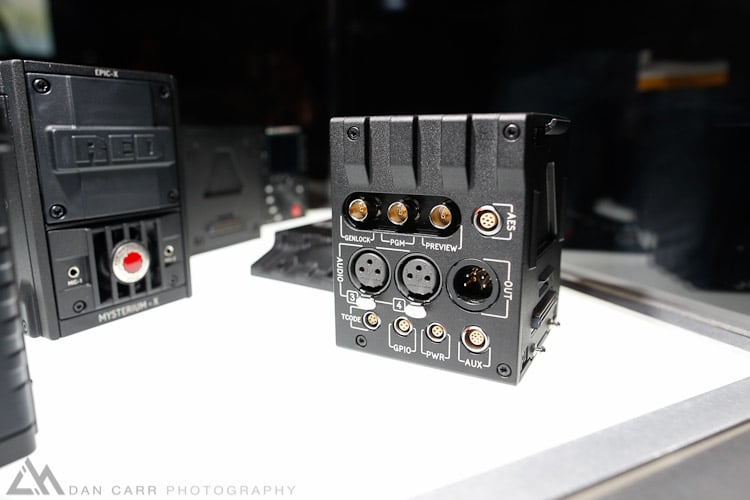 The Pro IO module is ‘shipping soon’ for $3750.  These are all the Is and Os on this one side, these are no more on the other side.  It’s quite bulky really and you’ll need to add a module adapter to it to allow you to put it onto the camera body as well as you can see in the next picture. 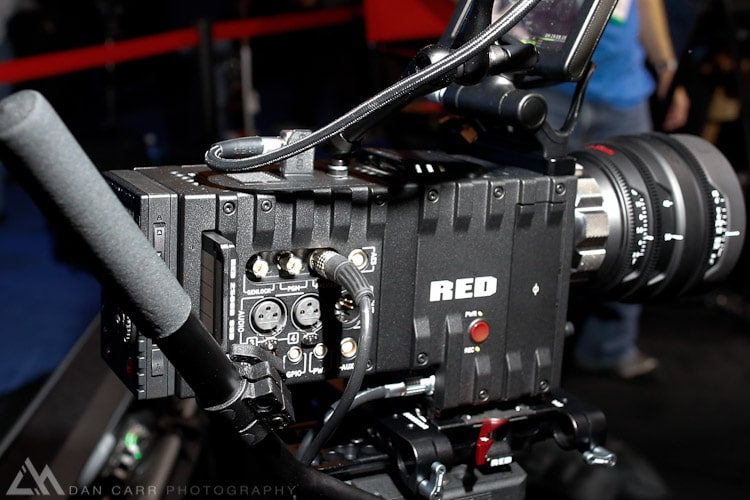 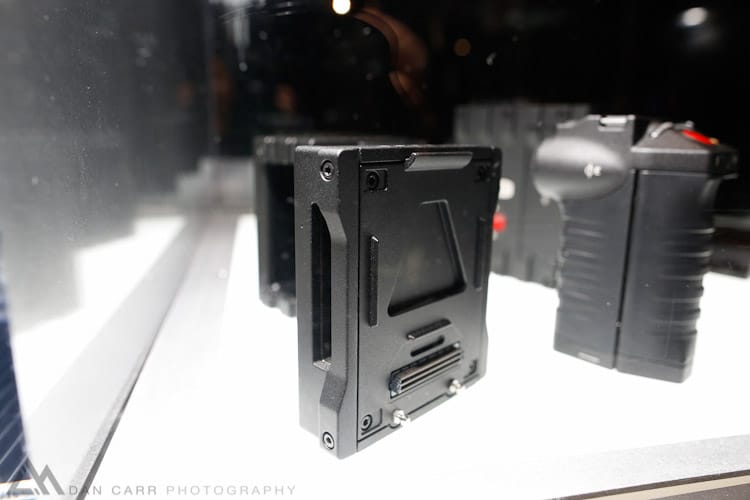 Here we have the new rear SSD module which is $1250.  I’m not entirely sure what you would want this for but I guess if you were shooting 3D without a mirror rig this would allow you to remove the side SSD module from the right hand camera and thus get the two camera’s interocular distance a lot smaller.  What would be amazing is if they announced that you could simultaneously record a proxy file to this drive whilst still keeping the RAW on the other SSD but no such remark was heard either officially or on the grape vine. 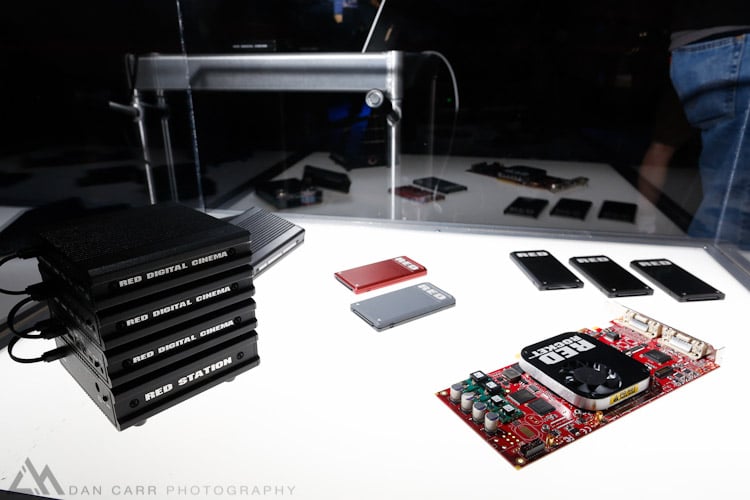 New cheaper 32GB SSD for Scarlet users and new 512GB Turbo SSD which will presumably be what opens up even higher frame rates.  No pricing or launch date on these as far as I can see. 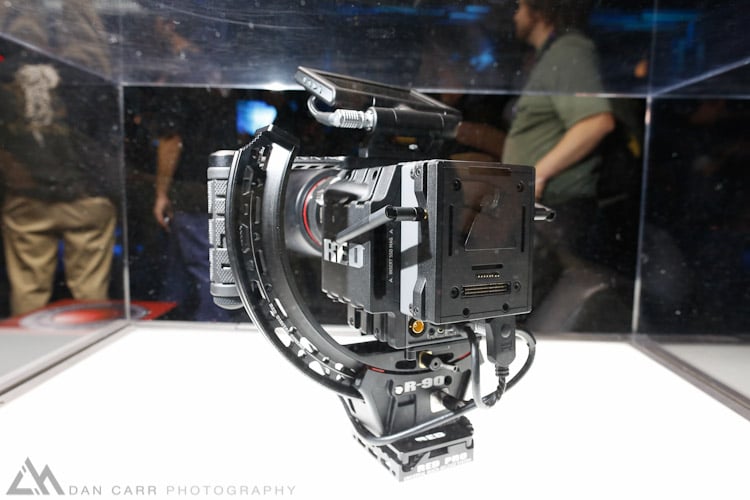 Some sort of camera rotation device was shown but not discussed and we also got to see a new wireless video transmission module.  The module took the feed from the HDMI and sent it wireless in 1080p to a receiver that was about 30ft away.  No further details or pricing were discussed on this and it wasn’t part of their official announcements so I’m guessing it’s a long way off being ready. 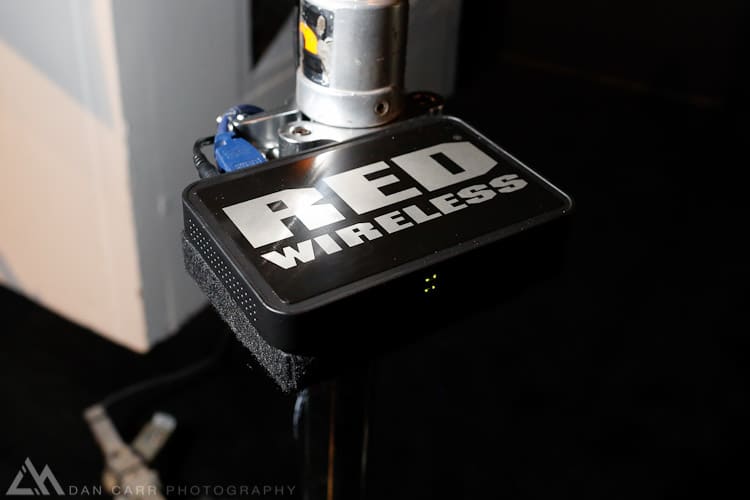 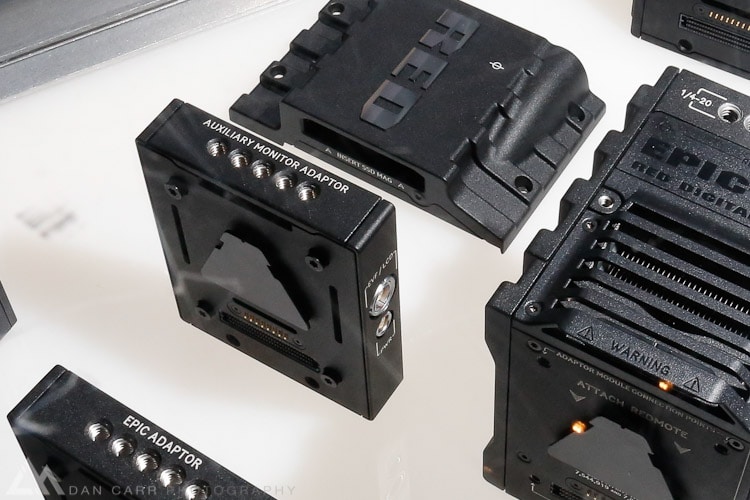 Auxiliary monitor adapter is essentially the same as a module adapter except that it also allows you to use a second RED monitor or EVF.  Finally you will be able to plug in both the touch screen and the EVF.  Something that really should have been possible right from the beginning.  Shipping in ‘summer’  no price available but I’d expect at least $1200. 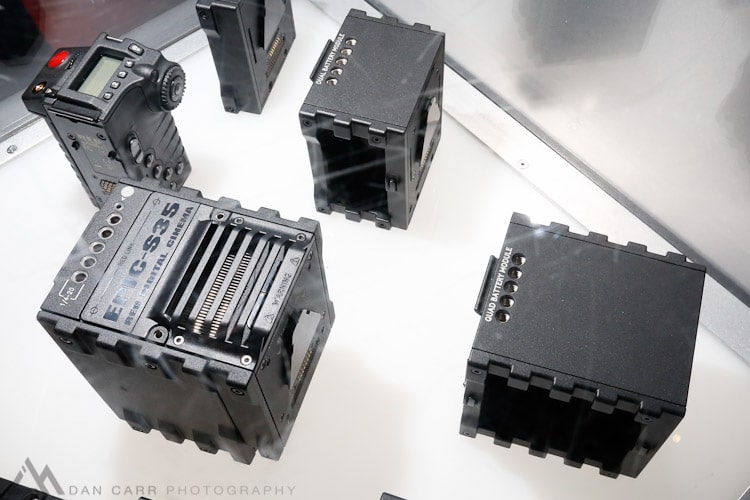 Probably the most interesting module is the Meizler module which was designed in conjunction with 3Ality Technica.  I spent some hands on time with this module at the 3Ality booth so I’ll do a separate post about that one. 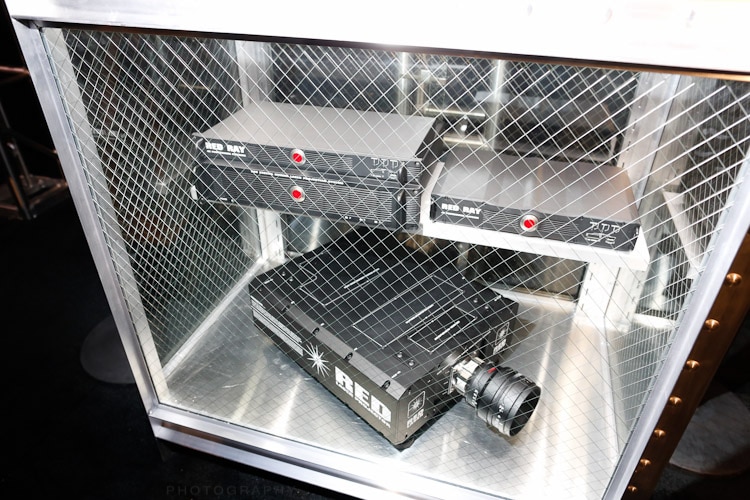 RED had a small theater set up to show off a short film called LOOM using their laser projector.  Unfortunately they were having some major issues with it and it was supposed to be showing 4k in 3d but was only able to manage 2k.  Firmware updates were talked about during the week to fix this but they never materialized.  Clearly this is also a long way off being ready for release but what I can say though is that even the 2K image looked stunning.  If they do bring this to market in a $10,000 price as has been mentioned then it could really shake things up.