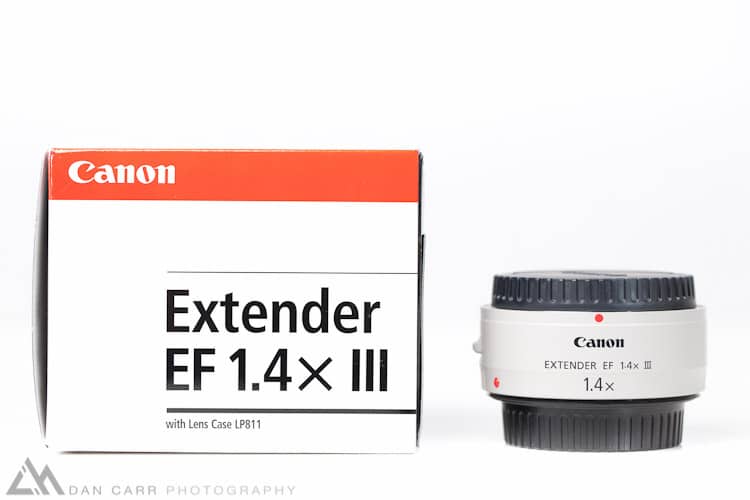 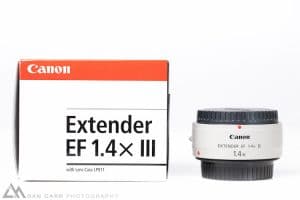 In the Fall of 2010 Canon announced the introduction of new MKIII extenders to replace the previous MKII versions.  Super Spectra coatings were introduced to help reduce ghosting and flare as well as fluorine coating to make water spots and finer prints easier to remove.  I’ve always fond the MKII extenders to be extremely useful when used in the right circumstances so I was eager to try out the MKIII versions to see if there was an improvement.

Since the introduction of the 800mm f5.6, Canon changed their off-white color of their telephoto lenses.  All the new MKII IS super-tele lenses from Canon feature this new coloring so the MKIII extenders have been updated to match both the color and also the very slightly smoother design aesthetic of these lenses.  The lens release button on the MKIIIs is also larger than on the previous version and it feels a lot nicer under the thumb in operation.  Apart from that though there is little difference on the outside. 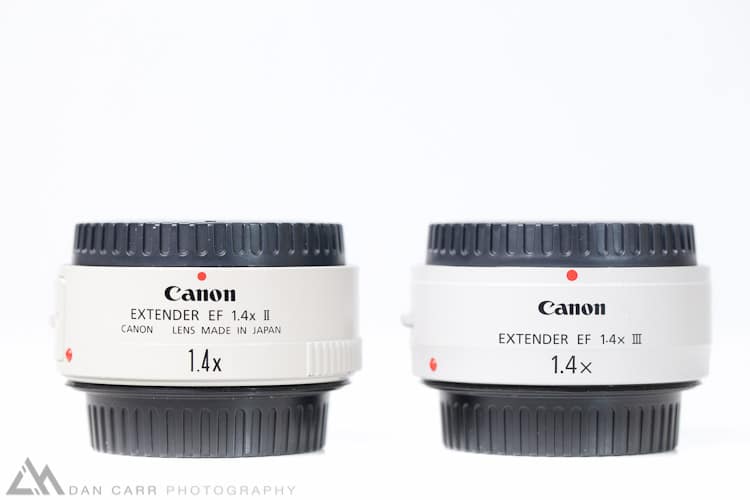 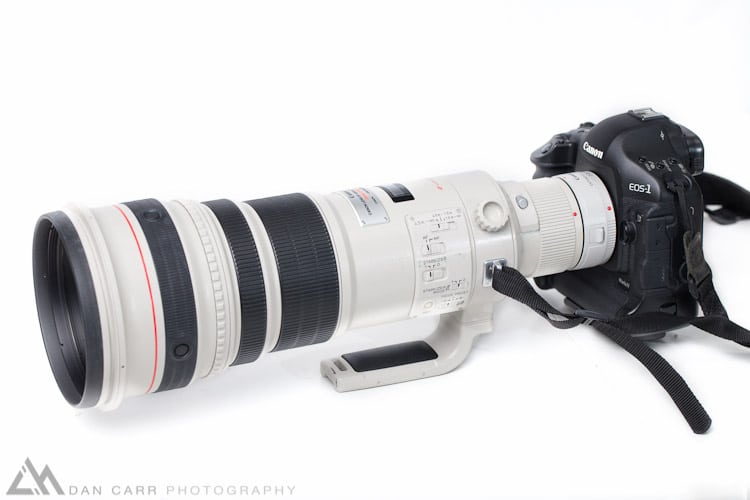 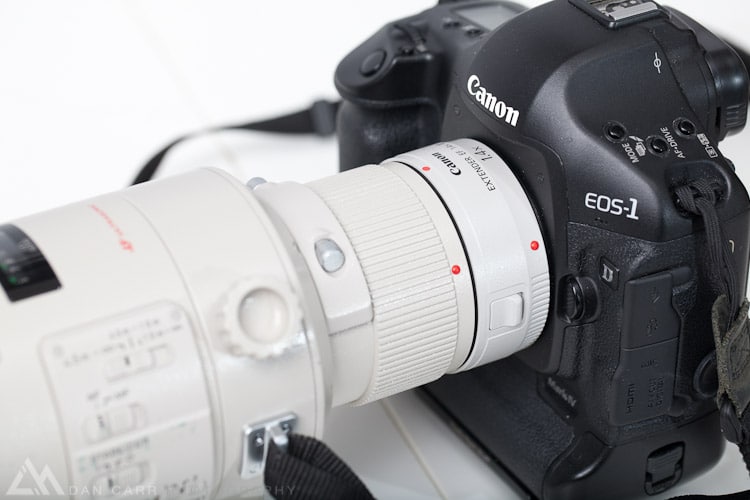 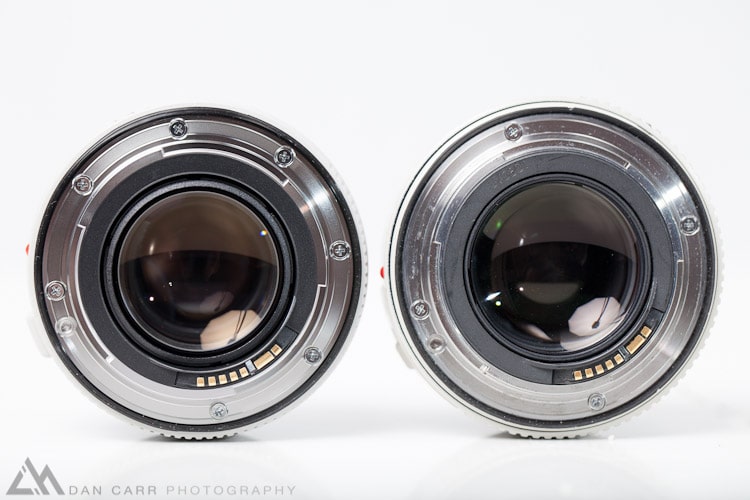 MKIII on the left and MKII on the right. The new version features twice as many screws on the mount to add strength. 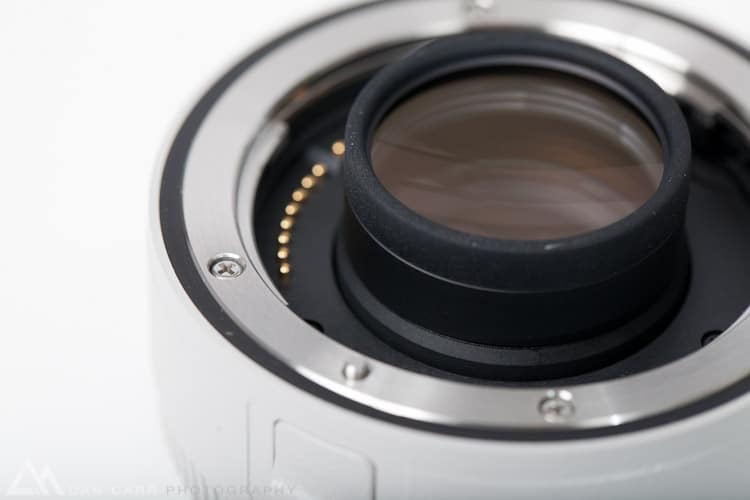 Weather sealing all around for water resistent attachment to compatable lenses.

Usage of MKIII extenders with new MKII IS super-tele lenses

To ensure lens optical performance and autofocus performance remains high, both extenders feature an integrated processor to transfer all focus and lens information back to the camera. To ensure this is working optimally, you should always attach the lens to the extender before attaching the extender to the camera body. This will ensure the combination lens information is transmitted correctly and completely. Compared to the Mark II Extenders, these new Mark III Extenders will offer increased AF performance with all EF lenses.

So there is some new technology hidden inside these things that we have yet to unlock and as such I can’t really comment on that new aspect.  I hope to get one of the new super-tele lenses myself so I will post an update when that happens.  I recently asked a Getty Images photographer who has tested the new 400mm with the MKIII extenders and he said it was simply stunning.  It’s also interesting to note that in this picture of the new hard case for the 400mm , there are dedicated slots for the extenders to fit in to.  Take from that what you will, but to me is says Canon are very proud of their performance.

Why do extenders have a bad reputation ?

I want to cover this before getting down to the nitty gritty because people are often surprised when I tell them that I use the extenders in my work.  I would defy any one of them to find the shots in which I have used them!  To use extenders effectively though you have to understand their strengths and weaknesses.  Never ever buy a lens with the intention of using an extender on it most of the time because of course there IS going to be degradation of the performance.  Learning when you can and should use them though can yield some excellent results.

These are the facts, now you have to figure out how to get around these problems.  Lets take the decrease in contrast for example.  An image with low contrast has lesser perceived sharpness.  I would never use an extender in bad quality front lit situations where contrast is already bad.  I would however use an extender if the sun is off at 90 degrees to my subject or more.  Particularly in my winter sports work, contrast of the snow is important to maintain.  Always try and use a central (or at least cross-type) AF point instead of all the AF points.  This will help combat the AF speed reduction and finally ALWAYS stop the lens down further than you would do in that same situation of you were NOT using the extender.  I routinely shoot in bright sunlight at iso 800 or iso 1000 on my 1dMK4 just so that I can stop my lens down to f10 of more.  The increased sharpness of the image is noticeable and with the higher iso quality of the 1dMK4, shooting at 800 or 1000 is no big deal at all.  It’s almost totally clean !

I wrote about the MII 2x extender here before, so you might want to take a quick look at that for a couple of samples as well. 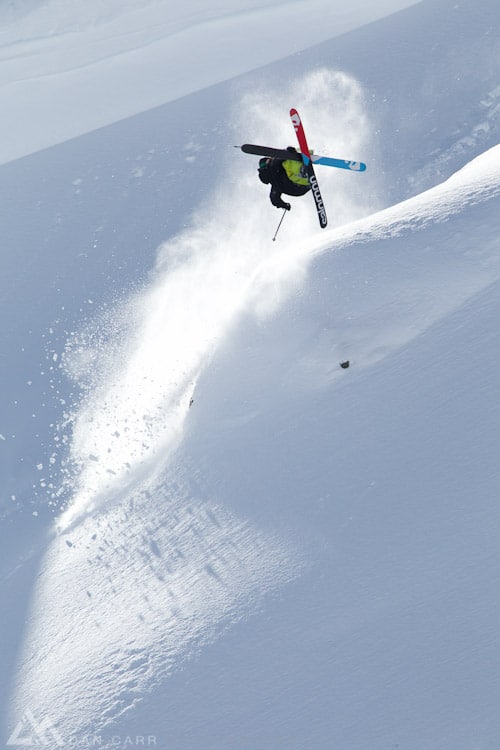 In June 2011 I had the opportunity to head to France and shoot the 24 Hours of Le Mans, the worlds greatest motor race.  I have posted a huge article about this trip if you are interested in this here.  Just before I left for the trip I picked up both the 1.4x and 2x MKIII extenders and I took them with me, along with my MKIIs to get a feel for them.  What follows here is some commentary and observations on this experience.  Due to the nature of the work (and the fact that I was working) , it wasn’t possible to do comparative photos tediously switching from one extender to the next. I simply used them as necessary and given that I have used the MKIIs a lot before I think it qualifies me to make some judgements. 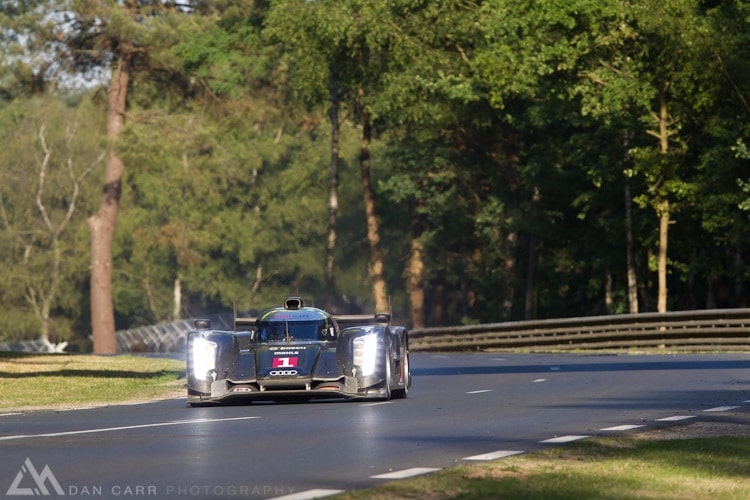 In the above photo the car is coming at me at at least 150MPH.  I had my camera set to AI Servo.  Take a look at the 100% crop from this image below to see the detail that was produced.  Pretty stunning really !  Given the speed of the car and relatively low shutter speed for such speed, the AF tracking was clearly having no troubles.  Note though that this is some beautiful light I am shooting in! 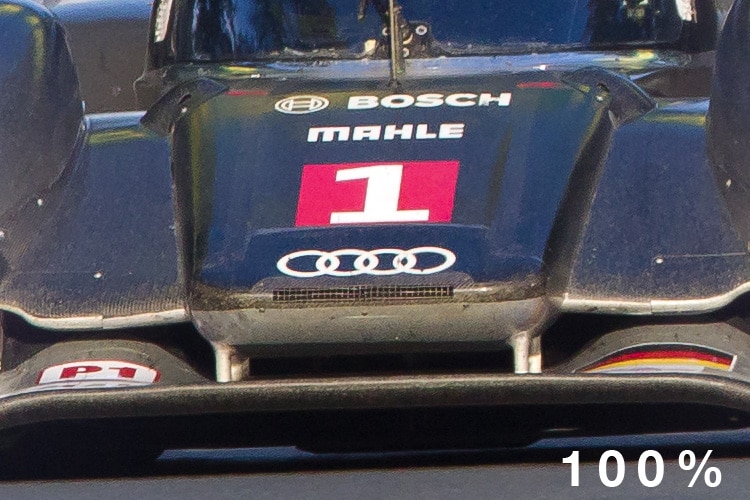 Let’s take a look at another sample that was shot with the 1.4x MKIII 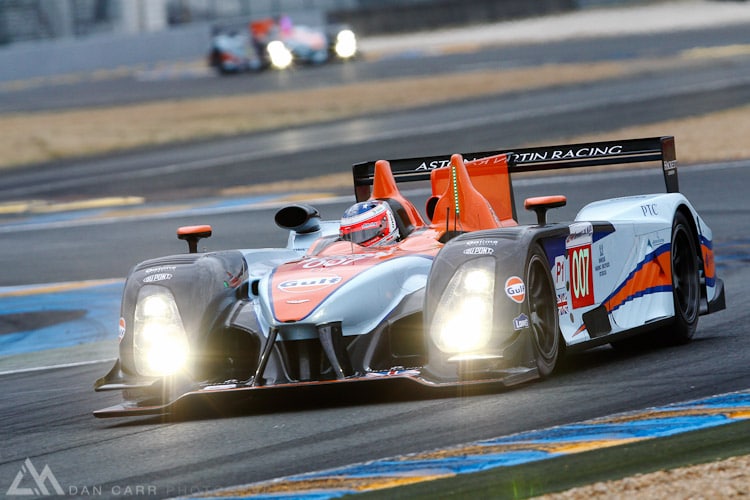 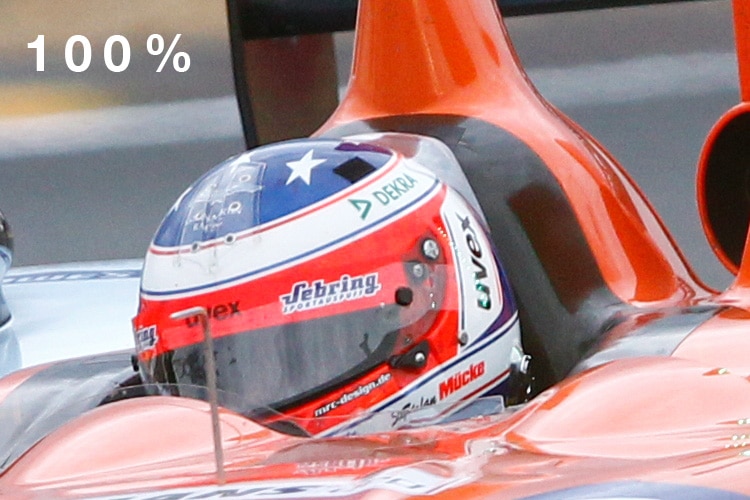 100% crop from above image with 1.4x MKIII extender

What’s worth noting from this example is that the overall light level is much less.  Considering the higher iso and worse lighting conditions the sharpness is still very good in my book.  In these lighting conditions though there is a noticeable drop in the number of tack sharp “keepers”  but the rate is still reasonable.  The lens is also at f5.6 so it’s only stopped down a tiny bit from it’s maximum of f4.o.  This for me is more impressive.  I’d confidently say that my older MKII would not be as sharp as this at f5.6. 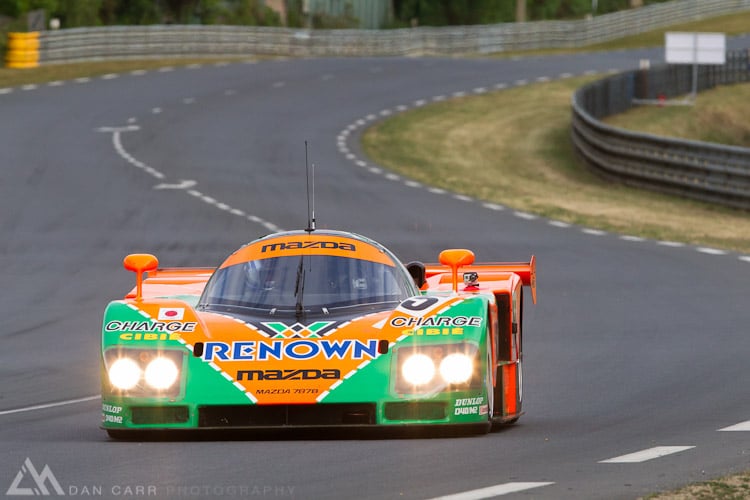 Now these are some fast moving samples! Slower subjects could possible yield even sharper results !  My overall impression of the new MKIII 1.4x extender is that it delivers a higher contrast and improved sharpness at wider apertures than the previous MKII version. One I took things up to about f10, or f11 the new one was really not a lot, if any sharper but the ability to shoot at a wider aperture and still get good results is greatly appreciated.  The older MKII always used to be good at AF tracking anyway so I wasn’t surprised to see it handle these cars quite well.  We’re certainly not talking leaps and bounds in improvements here but I feel that there is definitely an improvement that can be noticed to someone who has shot a lot with the older MKIIs.  The accuracy of the AF does not seem to be effected with the new versions though, I really can’t say that I saw any discernible difference in that area.  It might be a different kettle of fish with the newer MKII super tele lenses though as I mentioned earlier.  We’ll have to wait and see. 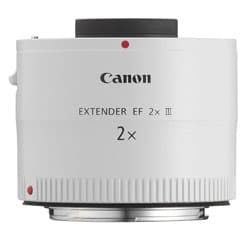 Let’s move on though and look at that MKIII 2x Extender.  I used to use my MKII 2x a lot less frequently than my 1.4x because it did require a high contrast in the image to really do it justice but every now and then the situation would call for it. Just as it did when I was shooting at Le Mans.  The biggest difference you see when swapping from a 1.4x to a 2x extender is the instant change in AF tracking accuracy.  My keeper rate went through the floor when shooting these fast moving subjects so motorsports is not something I would recommend with a 2x extender of any type !  Nonetheless though I did get some nice images with it. 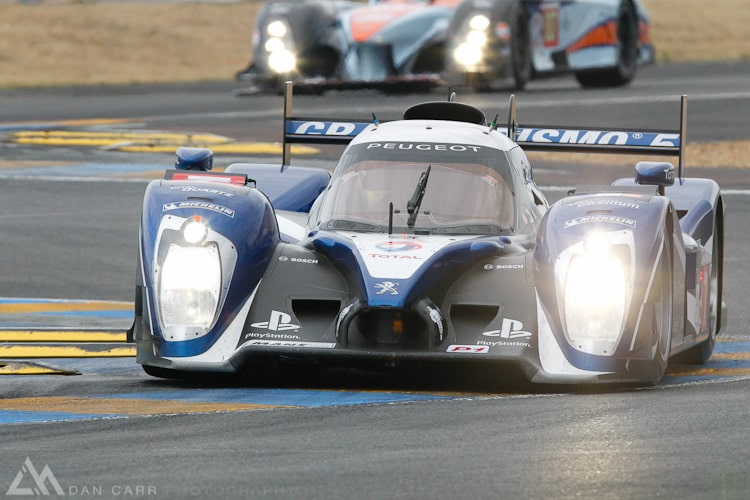 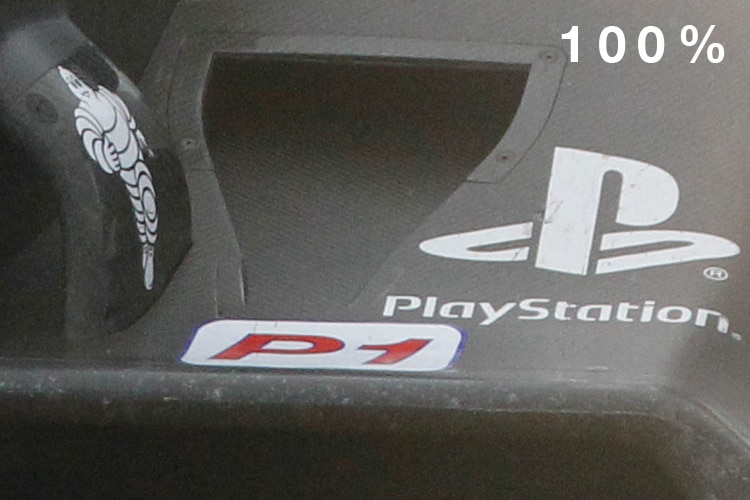 100% crop from the image above

Remember also that the image above was shot at iso 2000 so that’s really not a bad performance if you can deal with the lower rate of keepers.  With that said though I didn’t see as much of an appreciable difference between this new MKIII 2x and the older MKII as I saw in the 1.4x versions.  The AF speed again seemed to be about on par with the previous version and at wider apertures this MKIII 2x still took a heavy toll on the IQ of the images.

Take these for what you will.  Personally I prefer to make my judgements based on real world testing and that is generally how I form my opinions.  There is very little difference to be seen in these samples but as I mentioned before , I feel that in my real world shots the MKIII was very slightly ahead in contrast at lower apertures. F8 is definitely a sweet spot though in these examples.  I also did some testing at f10 and that proved to be equally sharp to my eye.  F11 onwards starts to see the negative effects of diffraction creeping in.  I’m sure there will be differences in other parts of the frame as well but if you want to pixel peep every little bit then head on over to The Digital Picture where Brian has all that stuff.  This was just a quick look to satisfy my curiosity.

Much the same story here with the 2x extenders.  Very little appreciable difference.

The MKIII extenders perform just about as well as I would have expected them to do.  There is only a very small improvement over the MKII versions and it’s only noticeable in certain situations.  I could not see an appreciable difference in the AF speed and accuracy at all when used with current lenses.  Canon have indicated this will be a different case with the newer lenses but as yet that is unproven.  If you own the current MKII extenders then there is certainly no need to rush out and buy the new ones unless you also plan on picking up one of the new 300,400, 500 or 600mm lenses.  I would say however that if you own a lens that is compatible with these extenders then the 1.4x is well worth having, It can produce some truly excellent images.  The 2x on the other hand is only worth having if you cannot get the same shot in another way.  Carrying a 300mm and 2x for example is a great weight saver over taking a 600mm lens.  Not just weight, but bulk too.  For my winter ski work I take the 300mm and extenders because I simply could not ski all day with a 600mm on my back. For that kind of scenario the 2x is still worth having but use it wisely !  Results will of course vary depending on which lens you are attaching the extenders too.  The 300mm f2.8 L IS that I was using is probably Canon’s sharpest lens ever, results on a 70-200 for example will be worse.