Manfrotto have announced 6 new products for the show.  I’ll get some hands on time with them later and update this post with more photos but for now these are the info links to the Manfrotto website.

Manfrotto 509HD
Manfrotto LED Lights
Manfrotto Photo-Movie Head
Manfrotto Video Remote Control
Manfrotto DADO
Manfrotto Snake Arm
UPDATE:
So I’ve had a chance to take a look at these new products now and there’s some impressively useful stuff.  The snake arm could be the new magic arm for a lot of people.  It collapses a lot smaller and the has a ton of adjust ability.  It’s also a lot lighter than the magic arm.  The Dado connection joint is a interesting and at approx. $60 won’t break the bank but not as useful as the snake arm is.
The LED Panels were also looking good and I’m hearing that they will likely be approx. $100 for the mid size which is a great price point.  I’m un-convinced as to the usefulness of the smallest one though, it really doesn’t do too much but these are all light weight solutions that I can see being very handy to have in the bag.  They should be available roughly June time.
I also took a look at the Photo-Movie head , and in fact Manfrotto are going to be so kind as to let me use one for a while so expect a full review in about a month.  It’s a lot bigger than I was expecting it to be but the result is a very stable package in video mode.
Photos below. 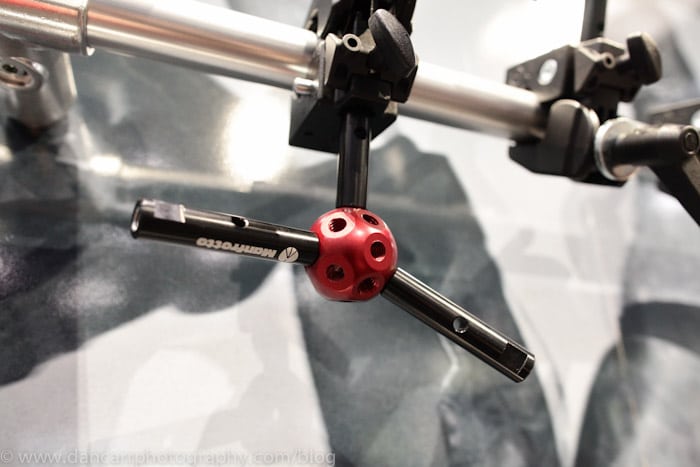 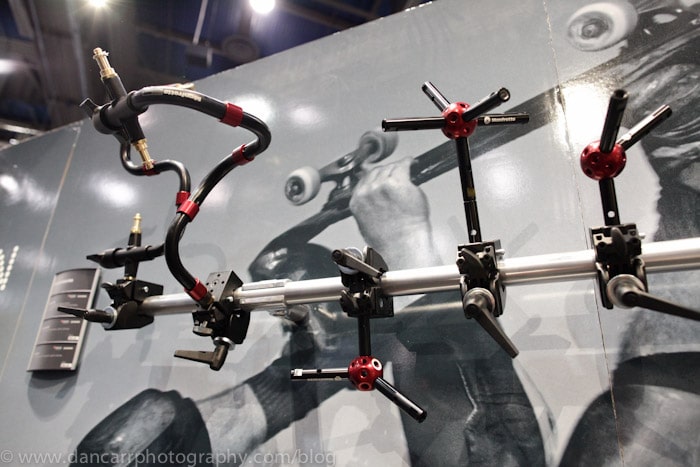 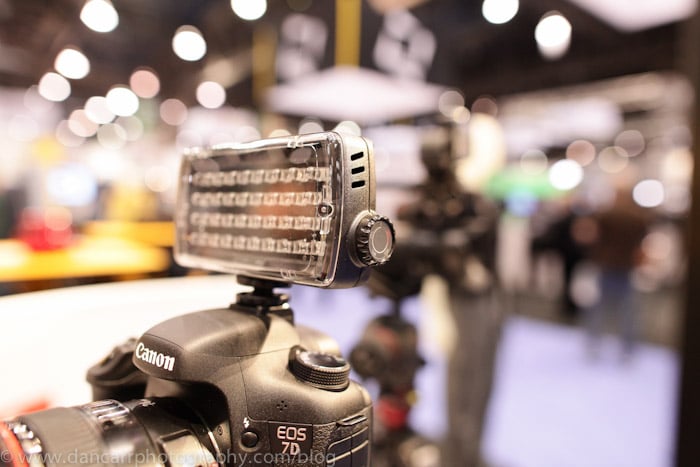 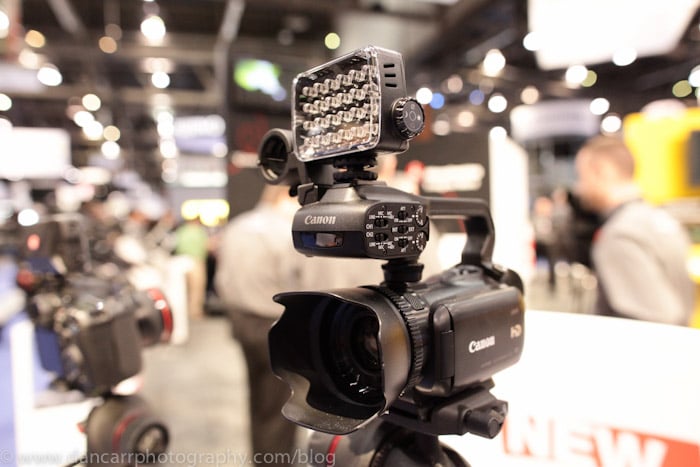 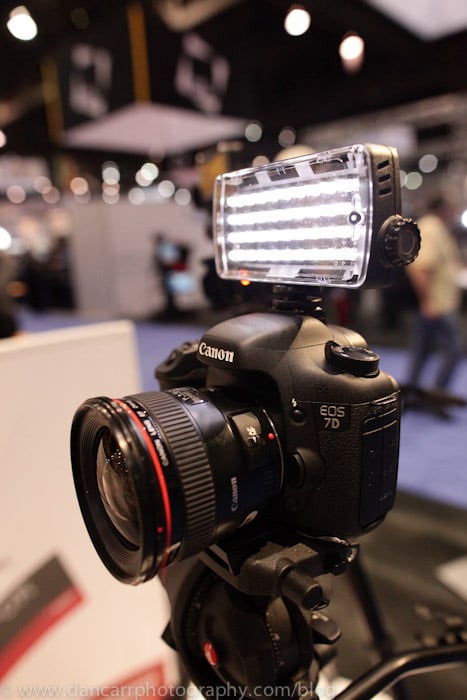 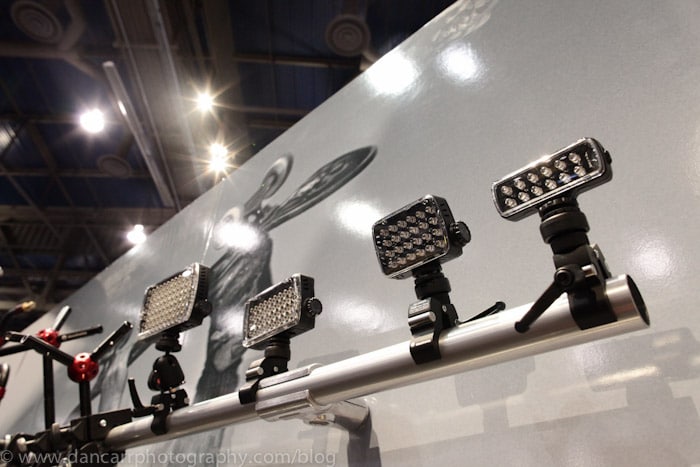