RED Epic finally in the hands of film makers 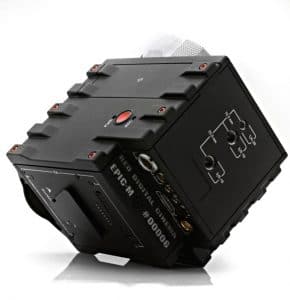 RED’s new flagship camera, the Epic has finally started to ship in limited quantities.  A few months ago RED announced that a limited number of hand machined and hand assembled Epics would be available slightly before the regular production run begins.  The so called Epic-M was available to order for $58,000 and that package included a 5″ touch screen, the Bomb EVF and a 128 GB SSD module + a Redmote.  Overall, the premium for getting one of these limited hand assembled versions is about $10,000 but people jumped at the opportunity and the very first one shipped to OFFHOLLYWOOD last week.  The guys from OFFHOLLYWOOD were the very first to purchase a RED One 5 years ago when it was launched so it’s nice to see Jim Jannard honoring their previous commitments and giving them the chance to be first with the Epic too.

If you are not familiar with the Epic camera then take a look around their website for more information.  RED has been at the forefront of digital film making and they have lead the charge to get major Hollywood studios to switch from film to digital.  The Epic shoots enormous resolution 5k RAW video which is many times larger than 1080p and represents the future of digital cinema.  Within the last few weeks it has been announced that the new Spiderman movie with be shot with the Epics as well as Ridley Scott’s new currently un-titled sci-fi movie.  On top of that Peter Jackson also announced his intentions to shoot The Hobbit using the RED Epic.  This two part adaptation of the book will likely be one of the biggest movies of our time if the Lord Of The Rings movies are anything to judge by.  For RED to be able to announce these movies so close to the release of their camera shows a genuine belief from these studios that this camera is the real deal.  Always one for stirring the pot and attention seeking, RED’s founder Jim Jannard jumped up on his soapbox the day of the first Epic’s shipping and declared 1080p as dead via his REDuser forum.  His post, entitled “The Big Mistake” conveniently sung the praises of the new 4k standard and denounced users who still shoot 2K.  Whilst there is no doubt that 4k will be the new standard for cinema releases in the near future, Jim seems to be conveniently forgetting that not all video is consumed in that way these days.  The internet has become a powerful tool for video consumption and the bandwidth to provide 4k video in that manner is much further away than 4k TVs.  My personal belief is that 1080p will exist for a long time to come for mobile and internet video watching and these days there are a huge number of productions made specifically for that purpose.

Whilst I have no particular use for a camera like this in my work, I am utterly fascinated by it because it represents such an enormous departure from previous digital film making equipment and I’m sure that some of the technology will filter down to consumer products in the future.  Expect to see a few more articles about the RED Epic and the upcoming Scarlet camera in the coming months.