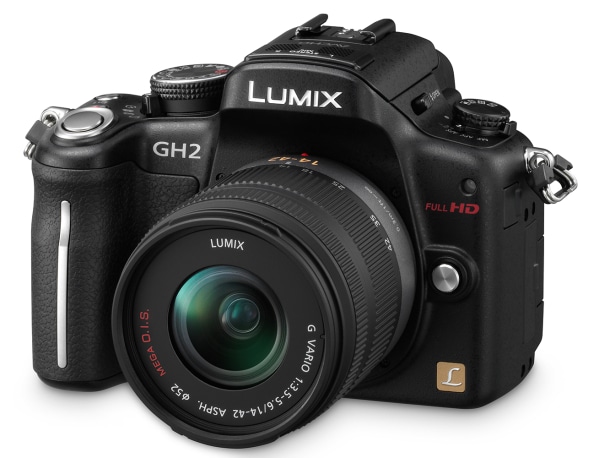 The Panasonic GH-2 is just starting to trickle onto the market from some of the major retailers and several people are reporting the discovery of a quite remarkable feature that Panasonic didn’t think to tell anyone about.  A feature so good that many people are saying it “changes everything again”.  At very least , it’s a headlining feature for people wanting to shoot video with the GH-2 and it is utterly puzzling as to why Panasonic is not flaunting this feature as one of it’s major selling points.

So what is this feature I’m going on about ?  Well, tucked in the depths of the GH-2 manual is reference to a mode called EX Tele Conv. Extra Tele Conversion.  At first glance it seems to be a mostly useless digital zoom feature that would result in smaller, but more zoomed in photos.  What has been discovered though is that the EX Tele Conv mode is actually a video mode and how it differs from the normal shooting mode is very important.  Under normal circumstances DSLRS use a technique called pixel binning to create a 1920×1080 pixel video from a sensor that is MUCH bigger than that size.  So they take the whole of the image you see and mathematically squash it down to 1080p size.  This process is often cited as the main cause for the image quality deficiencies seen in DSLRs.  In EX Tele Conv mode though, the GH-2 records video ONLY from a 1920×1080 rectangle in the middle of the sensor.  SO the resultant video is not all of what the lens could potentially see, but instead the equivalent of what the lens would see if it had a 2.6x teleconverter on it.  No pixel binning is applied to the resultant video, it is a 1:1 recording just using the small 1920×1080 pixel area in the center of the sensor.  In theory then this video is going to be of a higher quality than the video recorded by the GH-2 in all it’s normal video modes.  Not only that but it allows people to shoot at a much longer equivalent focal length.  A 300mm lens on a micro four thirds camera is already equivalent to a  600mm lens due to the smaller sensor size.  Applying the EX Tele Conv option suddenly gives you a 1,560mm lens shooting fantastic quality 1080p video all in tiny package smaller than a normal sized DSLR.

Normally when a physical teleconverter is added to a lens there is some amount of light lost , turning say an f2.8 lens into an f4 lens, and there is always an inherent degradation in the image quality.  With this EX Tele Conv mode though, you get NO loss of light and NO degradation of quality.  Perhaps even an improvement !  Now that the cat is out of the bag, I expect to see this feature pop up on most future HDSLRs and engineers everywhere are crying “why didnt I think of that!” as it likely isn’t all that hard to implement.  You have to assume Panasonic did not spend much time on it otherwise they would have made a much bigger deal about it. Any deal at all in fact.

The GH-1 was already VERY highly regarded by those shooting video with it, especially with the bit-rate hack available.  Initial reports suggest the GH-2 is even better and surpasses the quality of any of Canon’s offerings so this extra feature only serves to strengthen it’s position.  I wander if we will see this on the AF-100 when it comes to launch ?