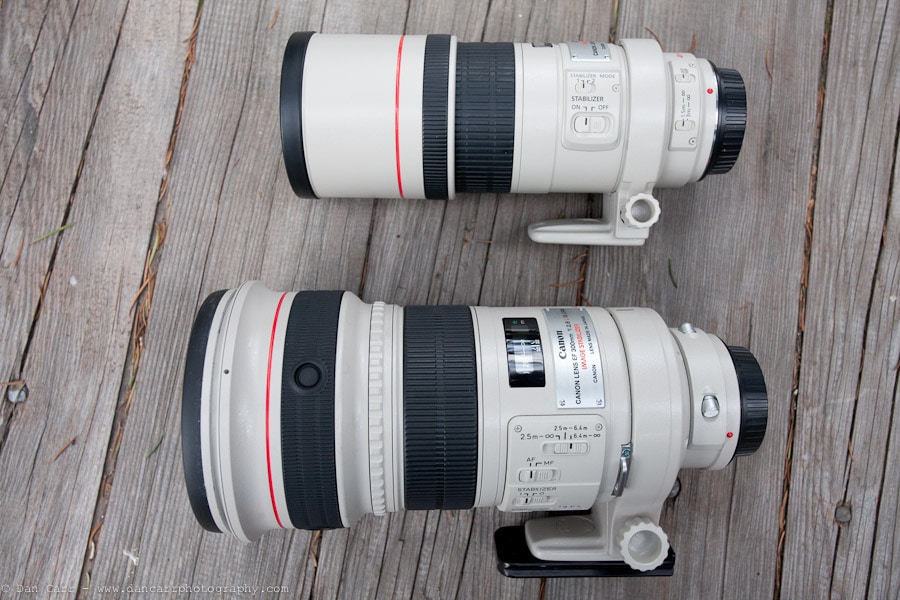 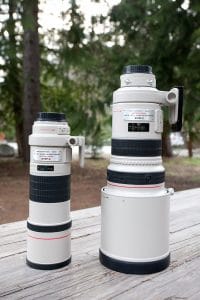 This past winter I decided to purchase a 300mm f2.8 L IS.  My dream lens.  At the time I was using a 300mm f4 L IS to shoot skiing with and whilst I was never disappointed with the quality of the shots from that lens on its own, I wanted to see a little more from it when used with teleconverters. After buying the 2.8 I still had the f4 for a couple of weeks before I sold it on so I took the opportunity to shoot a few tests to compare the two.  Details of my testing were as follows; 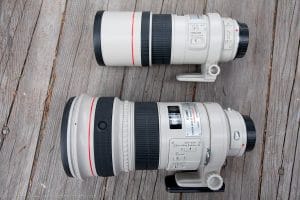 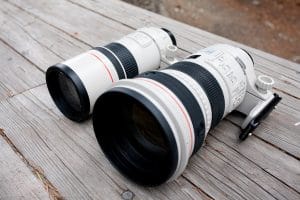 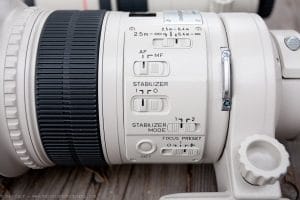 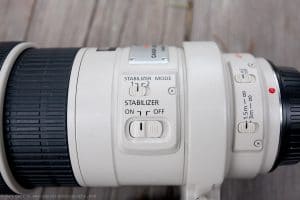 The physical size differences between the 2 lenses are considerable.  The f4 weighs in at 1.19 KG and the 2.8 is a hefty 2.55 KG.  The later is not a lens that you can carry around with you without noticing! You really need to have a solid purpose for carrying such a large lens around and often for me it feels even heavier than 2 times the weight of the f4 version because you have such a huge mass concentrated into a small part of your camera bag.  The f4 comes with a convenient pull out hood which is my favorite type , you can never forget it and it hardly adds anything to the bulk of the lens.  The 2.8 on the other hand comes with the enormous hood that you see in the picture at the top.  It adds considerable bulk to the lens in your bag, though it is very lightweight for it’ s size. 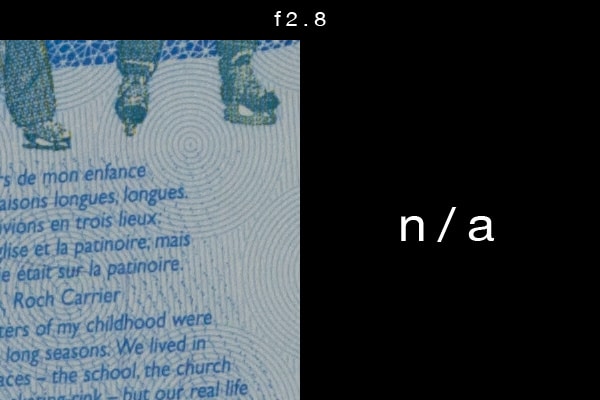 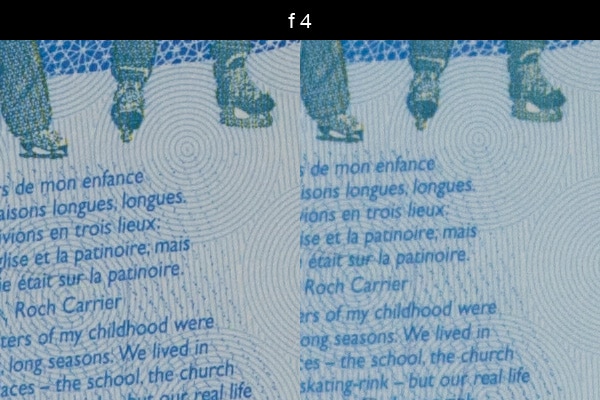 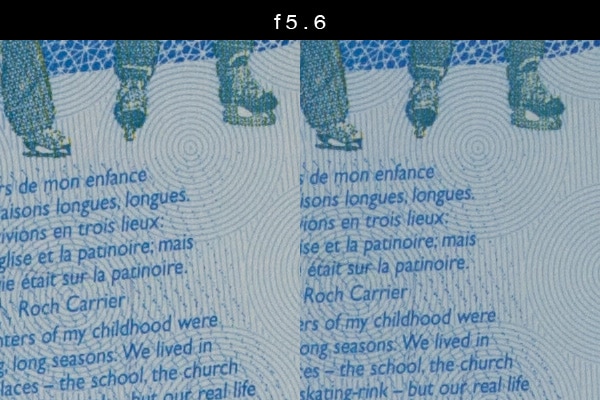 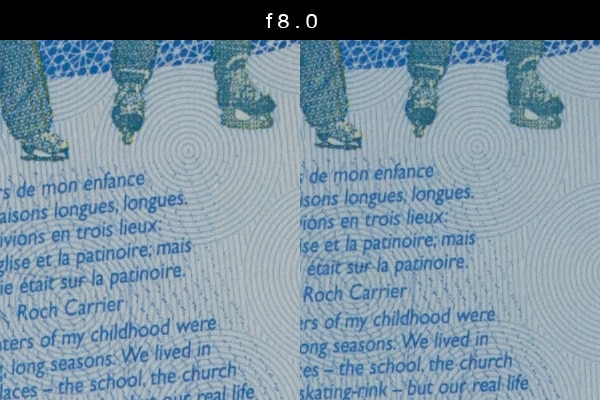 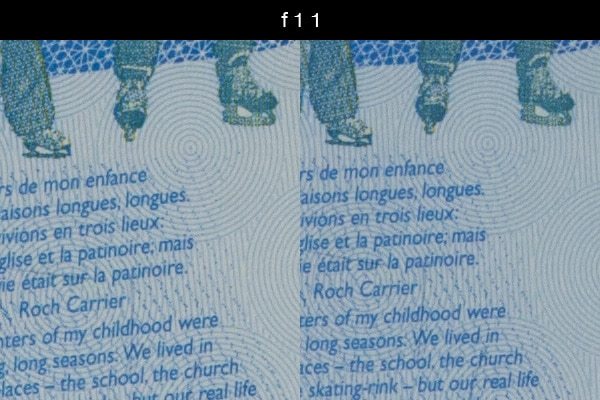 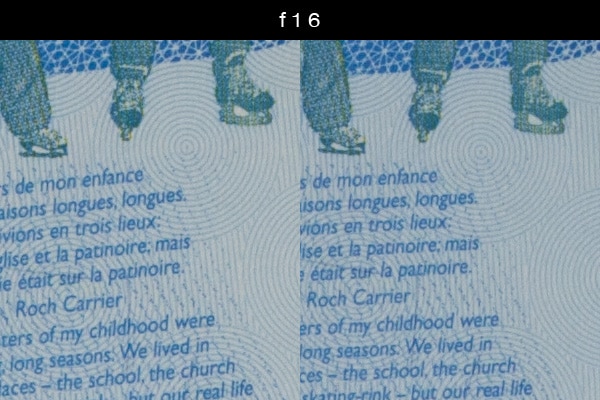 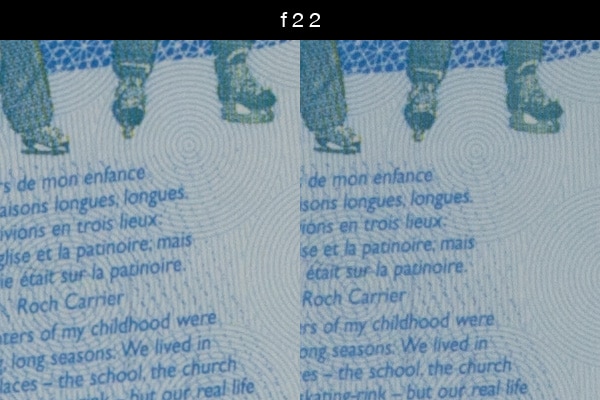 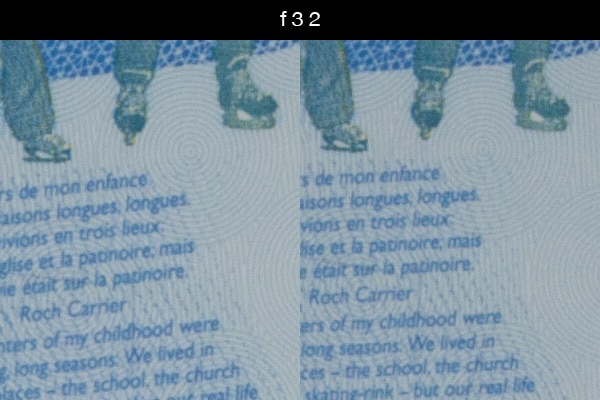 To test corner sharpness I lined up roughly the same area of the bill with the upper left corner of the frame.  I’m going to post a few less examples this time because once diffraction is occurring I think we can all use the center sharpness test to gauge the results. 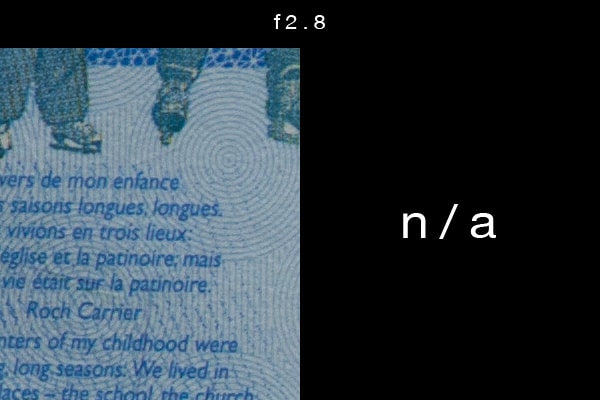 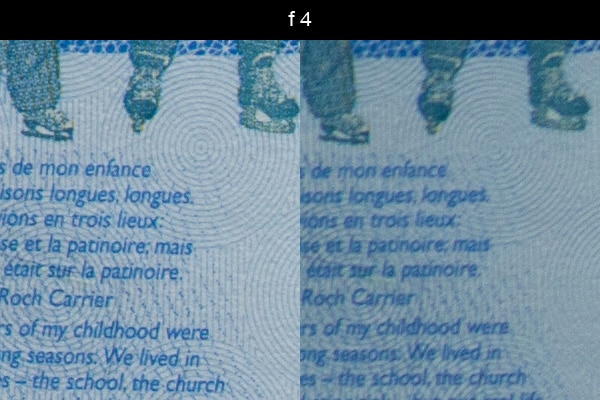 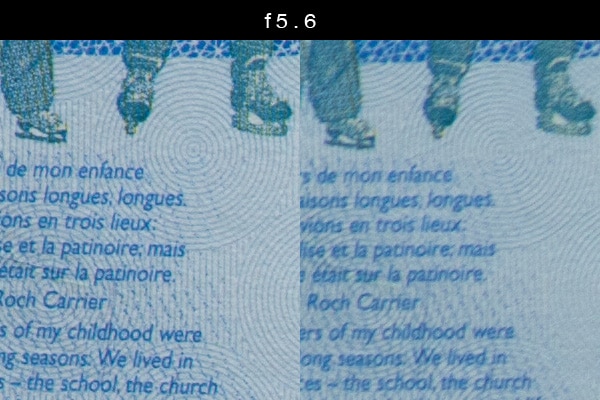 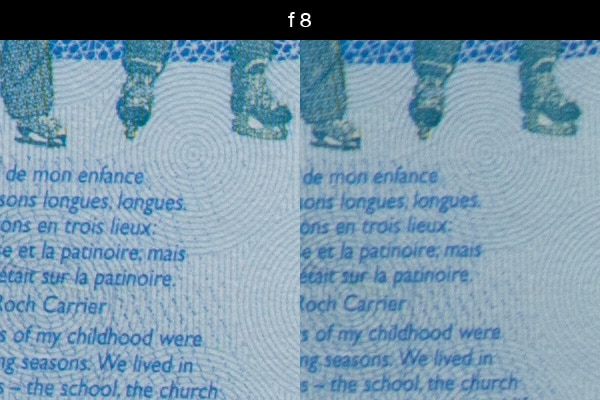 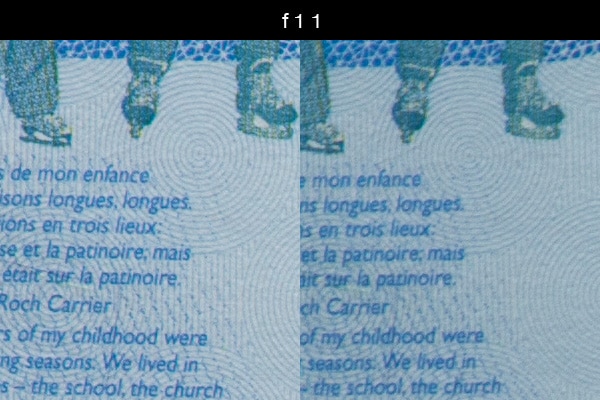 Comparing center sharpness the 2.8 lens is much sharper wide open at f2.8 than the f4 lens at f4.  I would not hesitate to use the 2.8 wide open in any situation at that aperture, it is very sharp.  Stopping it down a little to f4 produces an image that is as sharp as any image from the other f4 lens at any aperture.  On the other hand though when the f4 lens is wide open it produces a very soft image that I would not be happy with.  It does improve dramatically by f5.6 though to create a very sharp image.  The f4 lens at f5.6 is similar in sharpness to the 2.8 lens when it is wide open and at all apertures the 2.8 displays better contrast.  Between f5.6 and f8 , the 2.8 lens displays the kind of detail and sharpness that makes it so legendary and there is only a small drop off as it approaches f11. Beyond f11 both lenses soften up due to diffraction and around f16 have degraded considerably.  Comparing any lens to the 300mm f2.8 L IS is tough because it will have a tendency to pale in comparison.  The f4 L IS is still a VERY good lens , between f5.6 and f8 you will get stunning details and beautifully sharp images for the price of the lens, the 300mm f4 L IS is an often overlooked bargain.

The 300mm f2.8 L IS is a legendary lens though.  Many people say the best Canon has ever made.  In fact I have only recently seen a lens that comes close to this (and maybe sharper in some situations) and that is the new 100mm f2.8 L IS Macro which I will also be reviewing very shortly.  The 2.8 has versatility on its side due to excellent performance with both the 1.4X and 2X teleconverters and as you would hope for a lens of this price, it is tack sharp wide open.  Something which is a little harder to test and show is the auto focus speed.  You’ll just have to trust me on this one when I say that the 2.8 is like lightening.  The f4 IS on the other hand seems to struggle a bit with fast moving objects at closer ranges, particularly if they are coming straight towards the camera.  Of course you also get to use the lens at f2.8 giving you a shutter speed that is twice that of the f4 when shooting in the same lighting conditions, or simply giving you the beautiful isolation that is possible wide open at 300mm f2.8.  If you need the reach but cant afford the 2.8 you will very happy with the f4 IS. If you need to use teleconverters and shoot things like sports in low light situations then the 2.8 is for you, its performance in lower light from f2.8 to f5.6 is astounding.  It’s a lens you will probably keep for a lifetime.