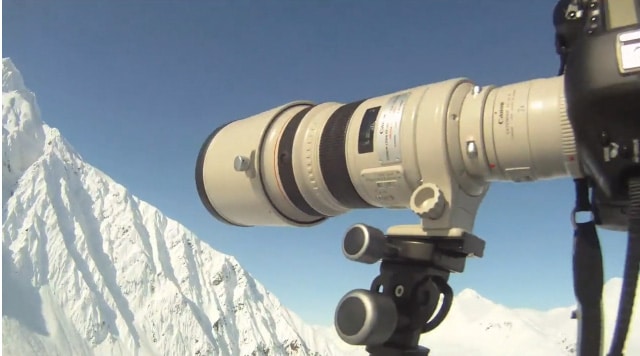 Sometimes I get in the mood to do big technical tests on gear and lenses. I have a few of those in the works right now but for this one I’m going to keep it simple. Teleconverters have a fairly bad reputation and my first foray into their use was with my original 70-200 2.8 L IS. I picked up a 1.4x II thinking that it might be useful for getting me near the 300mm mark on the cheap. Long story short, I tried it a couple of times and then swore never to put a teleconverter anywhere near my beloved 70-200 ever again. Then I sold the 70-200 2.8 and swapped it for a 70-200 f4 L IS. The newer f4 IS was much sharper than its older 2.8 cousin so I tried the 1.4x on that and was a little more impressed, though by that time I already had a 300mm f4 IS , so the 280mm reach of the 70-200 + 1.4 TC was a bit redundant. I also tried the 1.4x on the 300 f4 and was a little disappointed with that combination. So my initial experiences with teleconverters were very mixed and I never found a combination that I would be happy using in anything less than an emergency. Apart from the degradation of the image quality, there was also noticeable decrease in auto focus speed and accuracy. But what about the legendary 300mm f2.8 L IS ?

This past winter though I swapped out my 300mm f4 IS for the legendary 300mm f2.8 L IS. A lot of people call this one of the best lenses ever made, and when you see the resulting photos it’s hard to argue with that. One of my main reasons for upgrading was the supposed compatibility with Canon’s teleconverters. General consensus is that image quality and focus speed suffer very little with the 1.4X TC on so that gives you a nice 420mm f4. My shooting with this combination recently in Alaska confirms this, no surprise there. But one thing that I was intrigued about was the lens’ apparently impressive performance with the much maligned 2X teleconverter. I have never found any photographer anywhere say anything nice about the 2X TC on any lens EXCEPT the 300 2.8. In fact I came across several photographers who swore by the combination, calling it the most versatile long lens on the market. A brilliant 300mm, 420mm and 600mm all rolled into one ? I was pretty skeptical though because frankly the performance of the 2X TC on any other lens is pretty terrible. But the teleconverters were designed alongside the 300mm 2.8 L IS and apparently this is enough to give it enough of an advantage to make it a very usable combination. So I grabbed a 2X TC when I picked up my new 300mm and headed off to Alaska. For the majority of the time I didn’t need the 2X anyway but there were a couple of times where for one reason or another, our shooting position was quite some distance away……… Anyway I’m just going to let the photos speak for themselves. I have a couple of examples below. Both the images have been processed in Lightroom 3 and a minimal amount of sharpening has been applied, no more than I would do with any other image. Please also take into account the rest of the exposure details that I have included and the camera that was used. I think you will agree that the results are very impressive.

This is a photo taken from my shooting position for the next shot. The lines the guys are scoping out are a long way off, I wouldn’t even like to take a guess how far away. 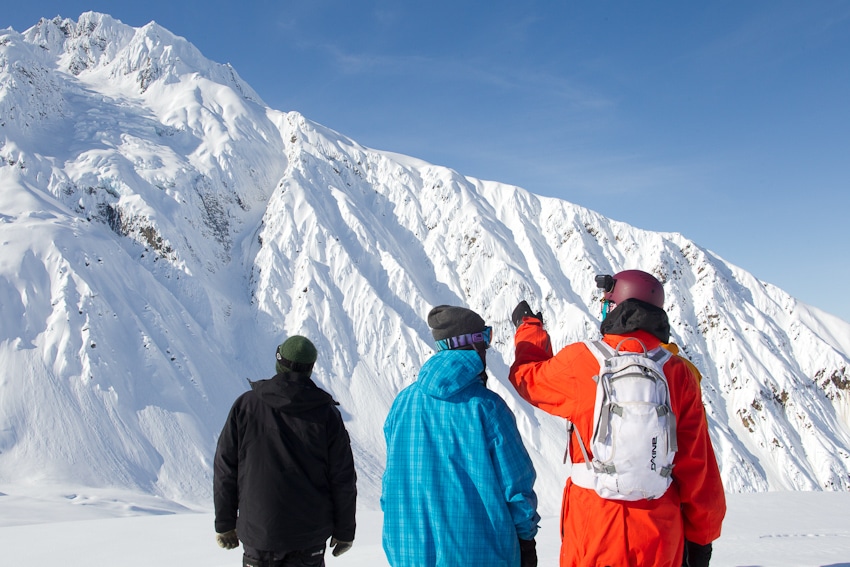 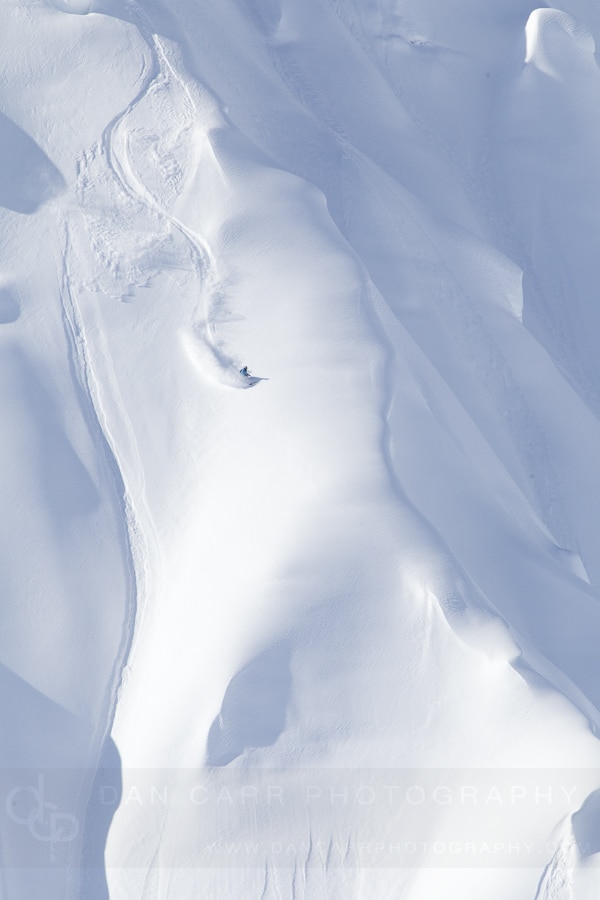 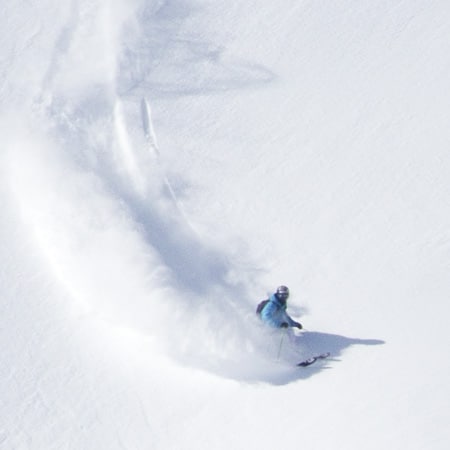 This next shot was taken at a dragon boat race in my home town of Whistler,BC. I had specifically wanted to test this combination again, this time on the 5dMKII 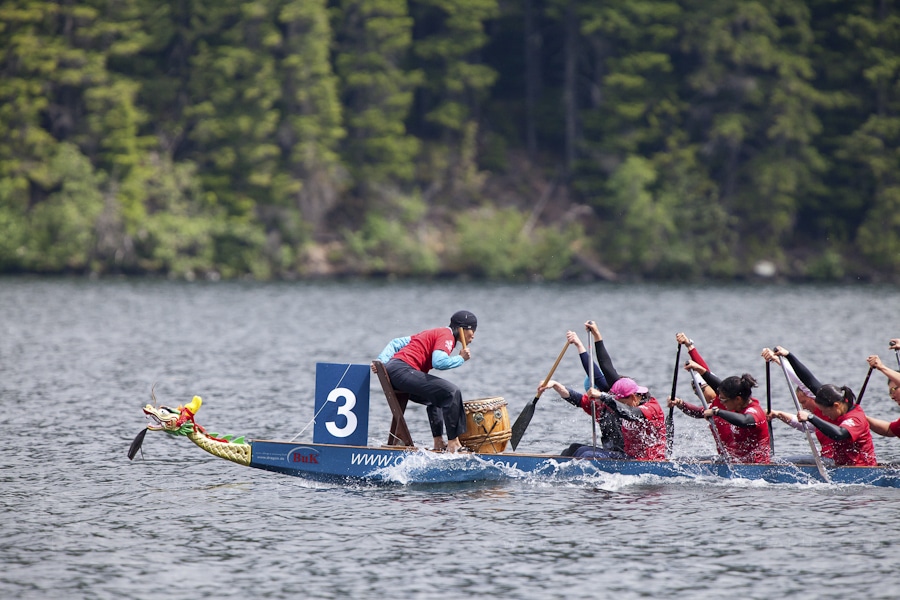 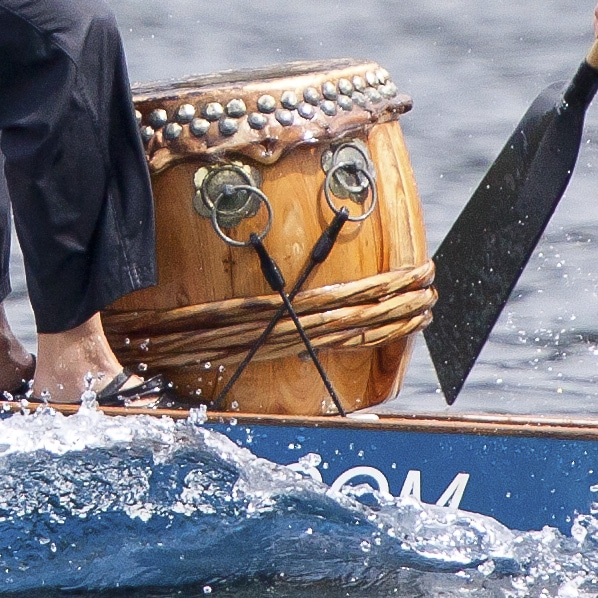 The 5dMKII produces stunning photos at ISO 1000. Like I said, these are real world examples so I have run them through my usual processing which contains a small amount of noise reduction. But that would normally result in a loss of sharpness anyway and clearly this lens is not lacking that. I wholeheartedly agree with those that swear by this lens combination. This is easily the best value 600mm lens you could lay your hands on. I never thought that I would be more than mildly impressed with the 2X TC but frankly i’m blown away by its performance. I would not hesitate to use this combination. Considering my testing at the boat race was also on the slow focusing 5dMKII, I was also perfectly happy with the focus speed too. The skiing shots i took with it were stopped down quite a long way because I was worried about the performance. When I saw the results I new I had to try shooting with a wider aperture. With the 2X TC you can get it opened to f5.6 so the shot above is only stopped down marginally. Wow! One final thing to be said is that I have heard a few mixed reports on peoples experience with these TCs on this lens. Mine was perfect right out of the box, but many people suggest sending the lens in to Canon to get it calibrated to YOUR teleconverter. This can improve things a little bit if you are not getting quite such good results.